A year of peace in Cherry Hill 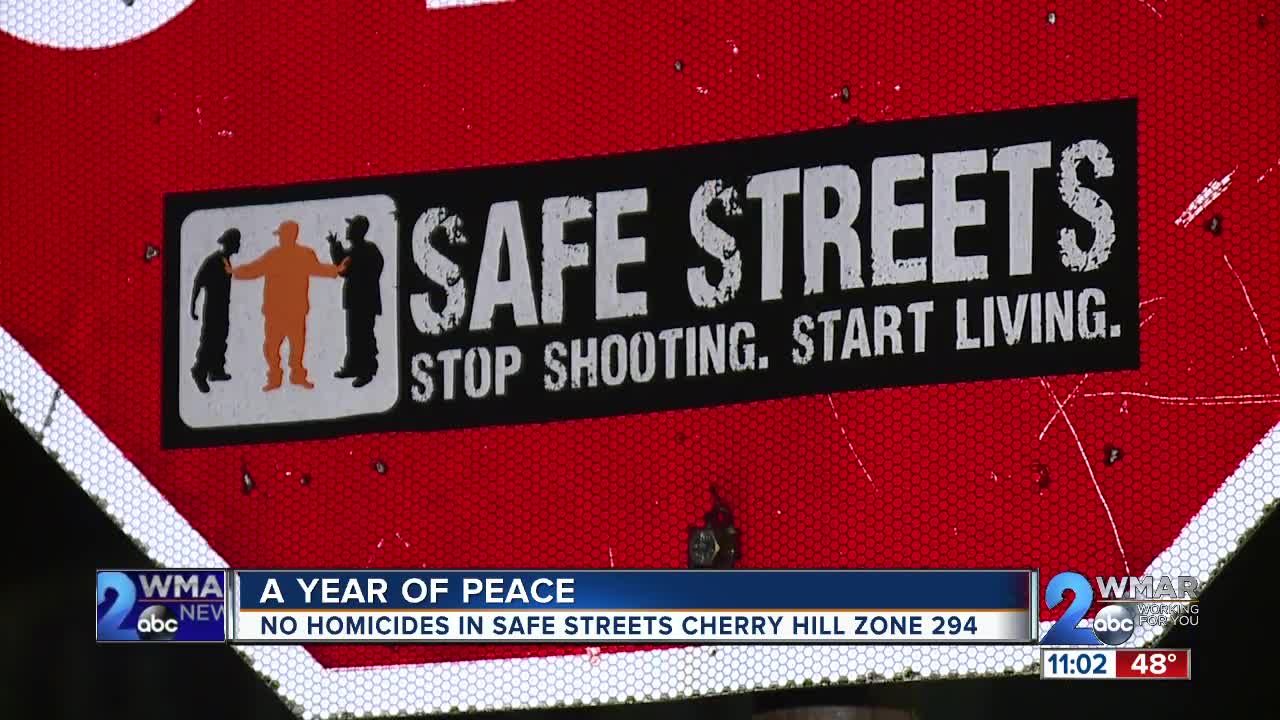 Baltimore is dealing with a somber record, for the fifth year in a row we've had more than 300 murders in the city.

BALTIMORE — Baltimore is dealing with a somber record, for the fifth year in a row we've had more than 300 murders in the city.

Part of Cherry Hill is no longer part of that awful statistic— celebrating a benchmark of peace in their neighborhood.

“I did a lot of messing up in the community,” Gerald Hinton said. “I think it was time for me fix it and start cleaning up the mess I messed up.”

Gerald Hinton doesn't run from his past.

He's now a Violence Interrupter for the Cherry Hill Post 294 of Safe Streets.

He uses his reputation as an example to guide young people so they don’t repeat his mistakes.

Site Supervisor Daamal Ward pointed out the map of their zone as he talked about his team going into the neighborhoods.

“They know these guys you know what I’m saying,” Ward said. “There’s no faking, they’ve seen what used to go on years ago and that’s why it’s like a shock value now. Like wow those guys working together? Yea it’s for real.”

For a year there's been no vigils in Safe Streets 294 post -- no mother's crying over a casket because their child was murdered.

“This is a community that was once called baby Iraq, Baby Afghanistan,” said Keith Brown. “Nobody would come to this community we had the worst rep in the world.”

As the Hospital Responder Keith Brown is there when someone is shot or stabbed.

“You’re all over the place mentally and physically, you might be hurt going through a lot,” said Brown. “I been shot nine times myself, so I know what it’s like, I’ve experienced that pain. My family went through this with me being shot. It’s painful for a family and it’s even more painful for the victim that’s getting shot.”

They are part of a team that keeps the peace by doing nightly rounds in the neighborhood, helping people get jobs, earn a GED, and get treatment for medical problems.

“I never had elderly people come up to me and say thanks for what you’re doing in the community I appreciate you,” Brown said. “I was always the one causing problems in the neighborhood. It feels even more better for me, that’s why I say it’s personal.”

Bringing peace back to the streets with a plan to keep it that way.

“We want to keep it going for five years, ten years maybe,” said Ward. We don’t want nothing in the community like that.”

Next week the group is providing 20 families with gifts for Christmas at the rec center in Cherry Hill.

A woman was killed outside of their zone, but still in Cherry Hill in January of last year.

In January they plan to celebrate a year without a murder in the entire area.