A mother's plea for answers: Keshon Nowlin killed in hit and run in West Baltimore 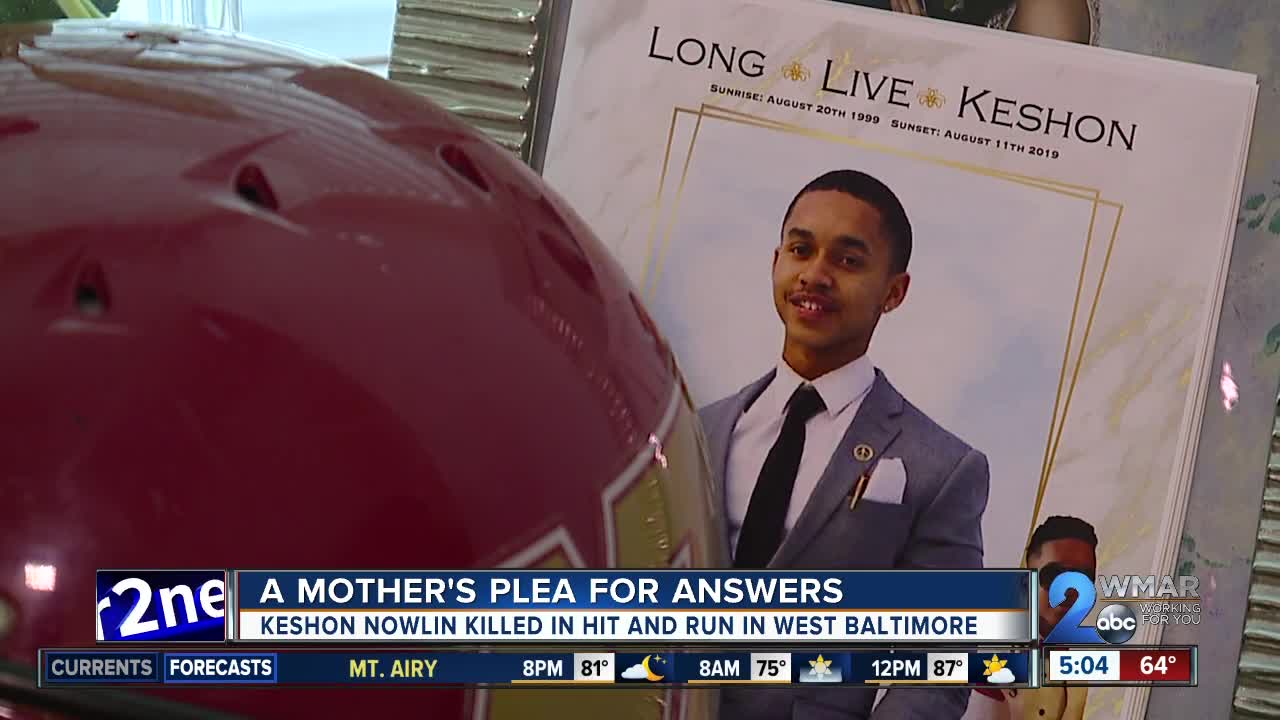 Surrounded by a sea of funeral flowers the sobbing mother of Keshon Nowlin is still in denial.

"He went to college. He blossomed into this man that I didn't even know was in him and I just want to meet him again and tell him how proud I am of him."

Today Keshon should have been heading off to Bowie State to start his junior year, instead he was buried this week on this 20th birthday.

The stellar student and all star athlete died August 11. He was trying to change a tire with three friends in West Baltimore on Hilton Parkway when they were hit by a hit and run driver. Witnesses told family and friends it was a woman.

Because of Keisha Perrin's training as a trauma nurse at Johns Hopkins hospital she knows the pain her son endured in his last hours.

"I was not there to be with my son to say it's okay or just hold on or provide encouragement."

Baltimore Police want justice for Keshon and his family, and they know someone knows something.

“We do know someone knows something. We've gotten several calls, if you've called, give us a call back.

Keisha knows life won't be the same living without Keshon, and she can't imagine how the driver who killed her son, can live with what they did.

"I hope she develops a conscience. I wouldn't wish this pain on anybody but a small part of me hopes she feels my pain."