A legacy of laughter: Richard Pryor's daughter opens up about father 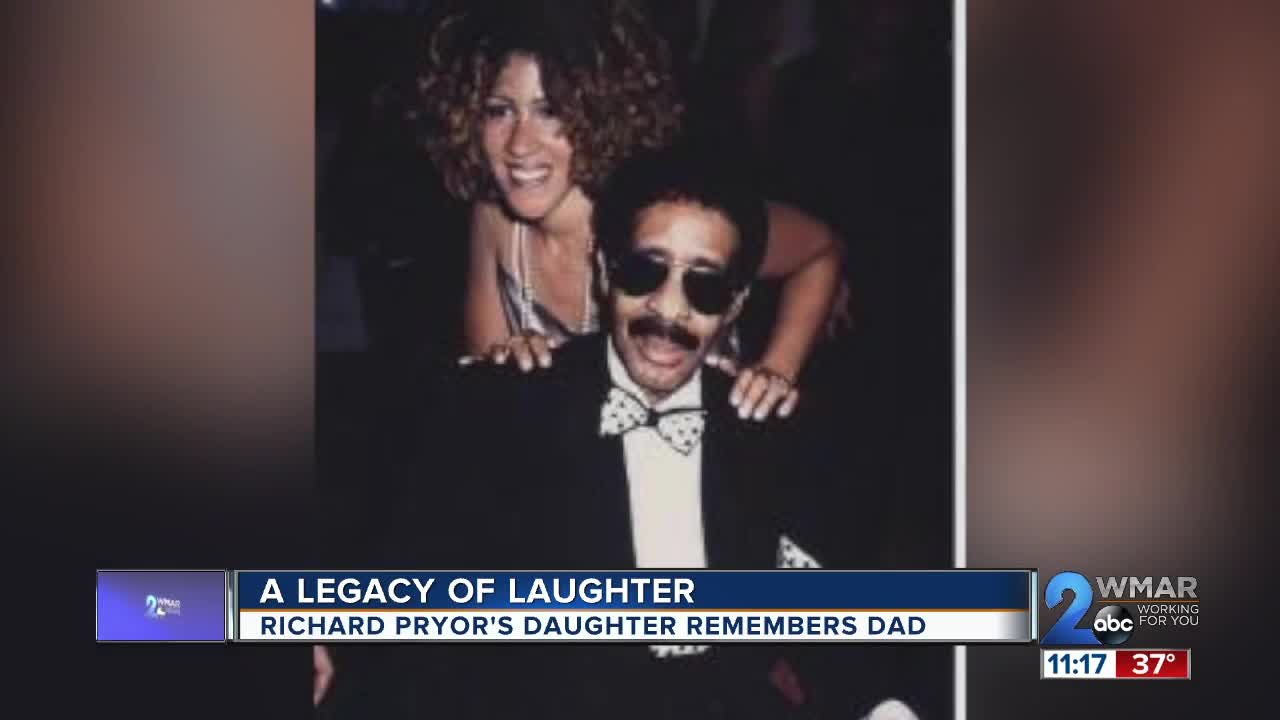 Richard Pryor is beloved by people all over the world because his electric stage presence and legendary routines.

BALTIMORE — Richard Pryor is beloved by people all over the world because his electric stage presence and legendary routines.

He captivated audiences all over the world.

His daughter, Rain Pryor, remembers fishing trips and the constant sound of music playing in the house when dad was home.

“I think what people don’t know is he really was a dad,” Rain said. “He could be completely hands on and completely hands off at the same time. You didn’t know which dad actually you might get but you always got when he was present, he was fully present and available. It was always do as a I say not as I do.”

Rain's mom was a social activist and dad was voted Rolling Stones best comedian of all time.

Her grandfather on her mother’s side was a manager in Hollywood.

The bright lights of showbiz were almost a foregone conclusion-- but she made her own path.

“My dad was a really huge part in terms of not getting me work,” Rain said. "He was like you’re going to do this on your own, but would to tell me be honest about it and be who you are. Don’t allow you to change you and make you something that you’re not. I kind of really took that to heart in what I do.”

Richard Pryor wasn't perfect in a lot of ways, and he was arguably the loudest voice for a generation.

His daughter is turning her attention from her successful acting career to be a voice for people in a different way.

She is running for the Baltimore City Council seat for the Third district held by Ryan Dorsey.

Her decision to run came down to her role as a mom and building a future.

“Being a mom watching my child in the Baltimore City School system and wanting to change some policies around bullying, harassment and violence there. I realized we need new leadership, especially in City Hall and really be the voice of the people.”

She said she sees the potential of Baltimore underneath the troubled surface.

“There’s a Richard Pryor somewhere here in Baltimore. There’s that guy who knows how to play the dozens on the corner. Who knows about the violence, whose talking about it in an irreverent funny way and maybe we just haven’t heard him yet.”

The power of persistence is one of the greatest lessons she learned from dad.

Richard Pryor grew up in a brothel in Illinois and found a way to turn the pain of his childhood into laughter.

“When we can laugh at our pain, I mean that’s what I love about comedy it’s not pretty,” said Rain. “The people in comedy aren’t jolly soles. They just aren’t because of what they do see everyday. I think we actually we might not have tapped into yet who that young Richard Pryor or George Carlin is yet but I think they’re here.”

She said her father never really thought about his legacy, instead focusing on the present.

“I remember once being with him when he was really sick with multiple sclerosis. A veteran had come up to him with tears in his eyes and just said thank you so much for your stand up comedy and what you’ve done for us especially when we were over in Vietnam. You brought everybody together. “

So many smiles and laughs carried on by her daughter as she continues to forge her own path.