Wish kid Davonte wanted to cook a meal for his family 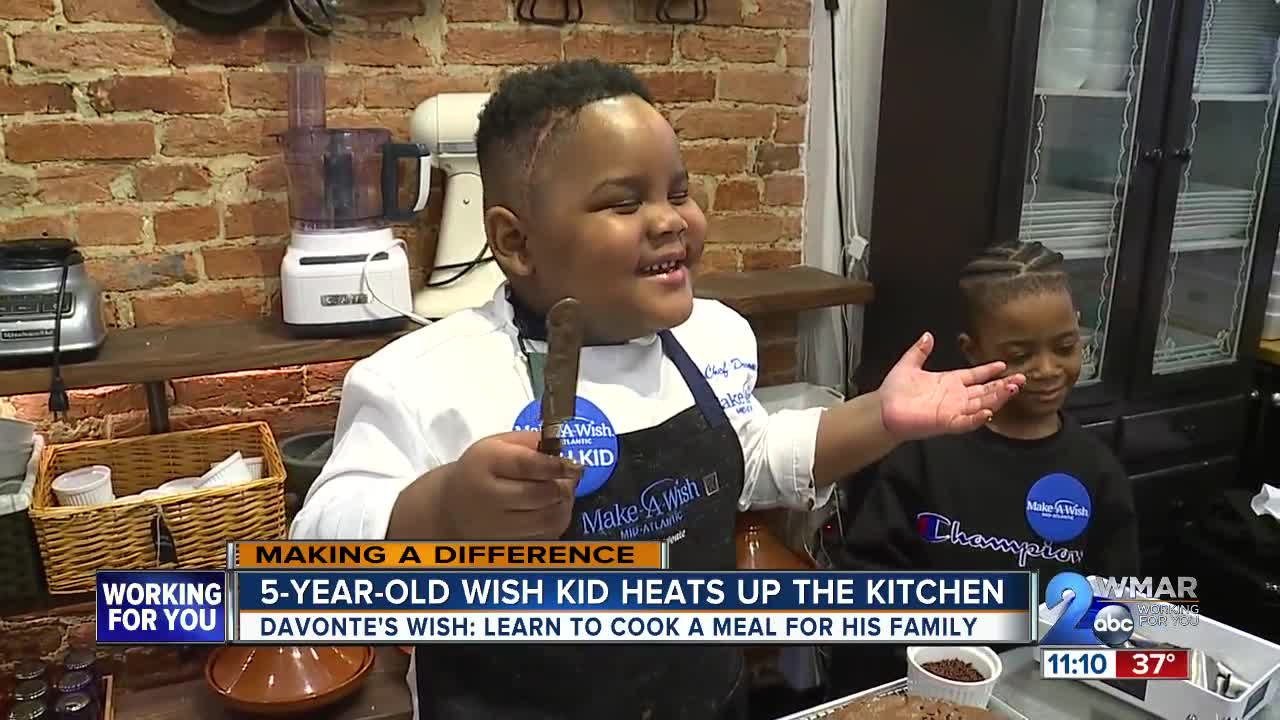 BALTIMORE — Wish kid Davonte wanted to cook a meal for his family, so the Make-A-Wish Mid-Atlantic and a 'Top Chef' contestant made his dreams a reality.

5-year-old Davonte Galloway was diagnosed with a brain tumor and his mom Ameera Sanders said in-between surgeries, his love for cooking really took off.

"I guess because it was something we could do inside," Sanders said.

So he made the pretty unique wish to become a chef and learn to cook a delicious Jamaican meal for his family.

"It's so special that he wanted to cook for his family. That shows through everything he's been battling with his medical condition, his family is where his heart is," Make-A-Wish Mid-Atlantic's Tara Wilson-Jones said.

Make-A-Wish Mid-Atlantic teamed up with one of his idols, current 'Top Chef' contestant and renowned D.C. chef, Eric Adjepong, to make it happen.

"To actually be able to be here and cook with Eric, you know, we've been keeping up with 'Top Chef', it's exciting," Sanders said.

"It's such a blessing to be part of something this special and to know that just me being on TV influenced him to want to cook, that's amazing," Adjepong said.

He showed Davonte the tricks of the trade at Baltimore Chef Shop, who donated the space to give him a top notch cooking experience. Davonte's menu of choice featured spicy jerk chicken and strawberry cake.

You can be a superhero for local kids. The 2019 Walk for Wishes Baltimore is April 27 at 9:30 at the West Shore Park at the Inner Harbor. WMAR-2 News' Mallory Sofastaii is emceeing the event.