Five days and counting with no water for Poe Homes residents 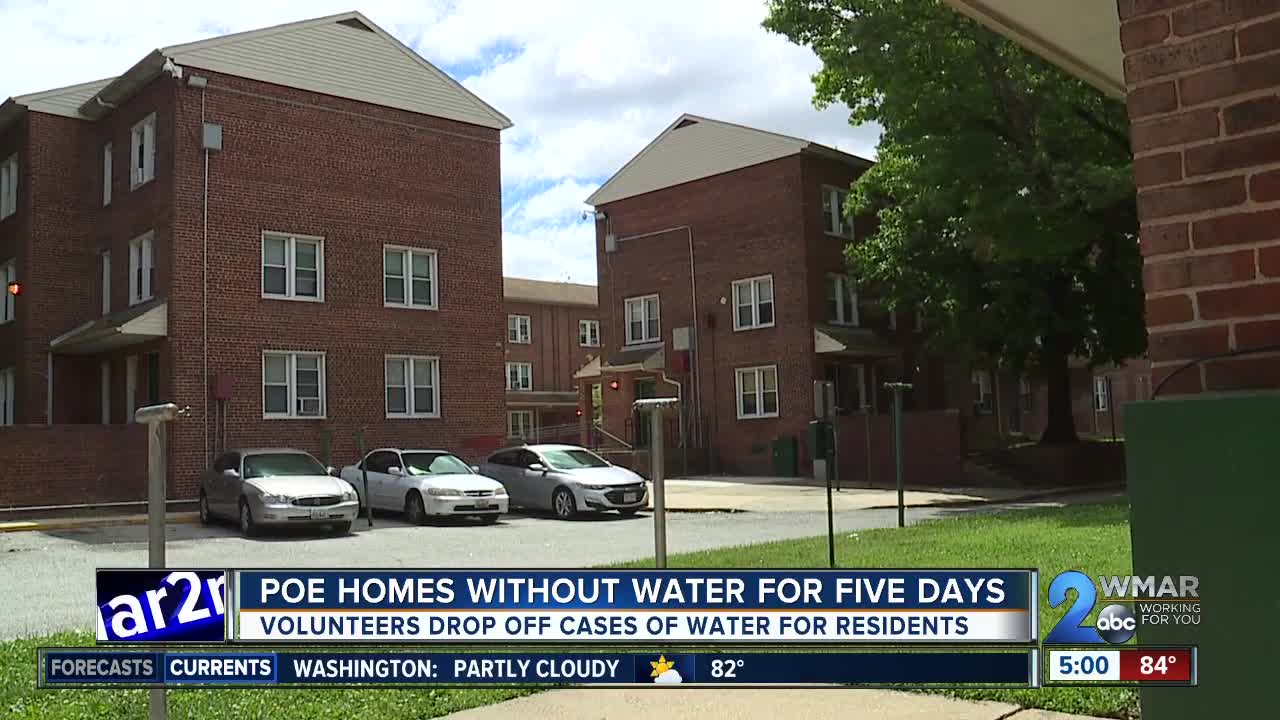 There were several West Baltimore water main breaks this week, all are fixed now except the one that feeds Poe Homes. 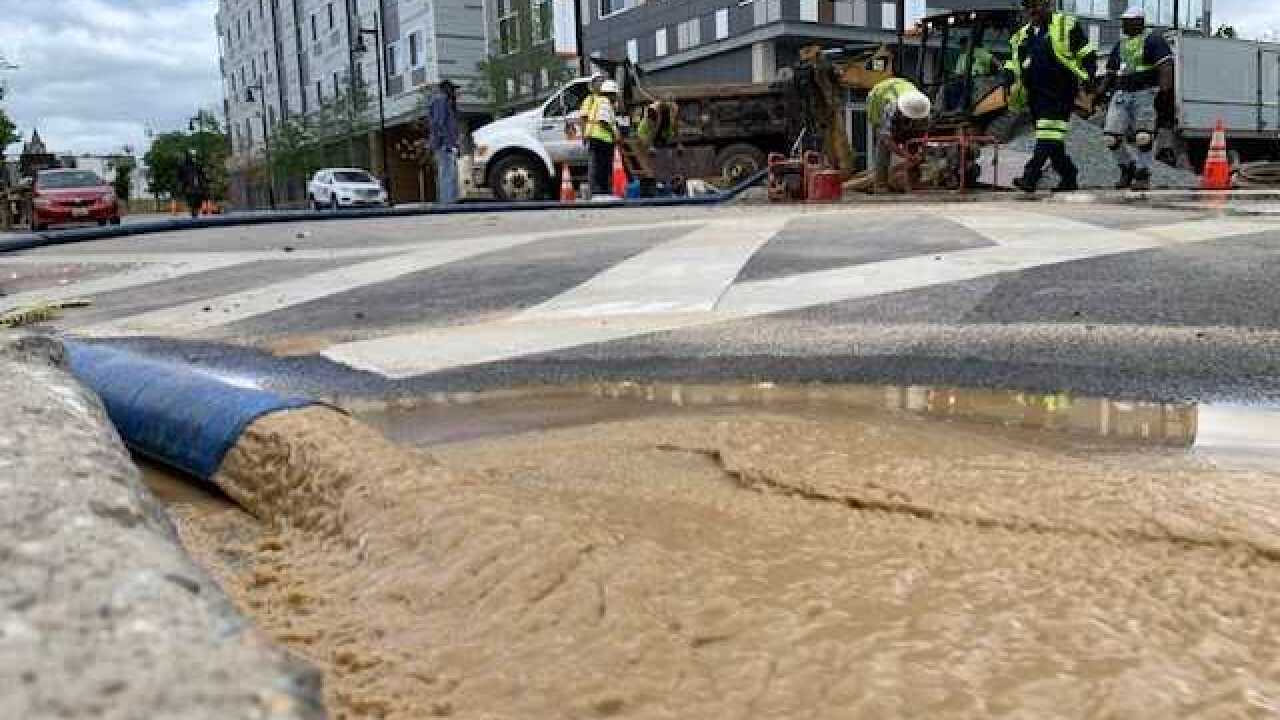 [No bathing? No cooking? No cleaning?] No, nothing,” Poe Homes resident Crystal Lawson said, “No washing no clothes; no nothing. We can’t do anything. And when I say nothing, I mean nothing.“

A water main break is why the city says.

There were several West Baltimore water main breaks this week; all are fixed now except the one that feeds Poe Homes.

The valve was so corroded it broke in the off position, the Department of Public Works said.

To complicate things, Mayor Jack Young explained, there is also a massive BGE line close to this break that provides half the city with power.

The repair requires a slow and cautious dig; five days slow for the people who live in these homes.

[Should the city have handled that lack of water for some of these folks a bit differently throughout the week?]

"To be honest with you, I can’t answer that because I really don't know,” Mayor Young said, “I mean water main breaks happen throughout the city. I think the crews are doing the best that they can.“

But it wasn’t the repair some took issue with, it was the response.

“We don’t have to have communities that can’t bathe, can't cook, can’t wash themselves,” said West Baltimore resident Toni Rose. “We are not animals, and we deserve better, and we are gonna go out here and do what we have to do.”

Which is what Rose and others did today.

They volunteered to hand out bottles of water to the folks who say the city's re-routed water supply has been woefully insufficient for everyday sanitary needs.

“We know that we have infrastructure problems in our city. We know that the consent decree and other things have demanded that our pipes get fixed,” Rose said. “Why are we not using common sense approaches to make sure that people are supported, especially in times of emergency.”

But Rose wasn’t the only one buying and handing out water.

Folks from Cherry Hill to Morgan State University showed up to drop off cases and cases of water.

After five days — it was a sight for folks like Crystal Lawson.

DPW says it may have that last water main repaired by Friday.

In the meantime the University of Maryland, Baltimore is chipping in too, offering free hot showers to those residents today at their community center on West Lombard Street.

The mayor’s office says it will look into the response by the Housing Department to see why it wasn’t quicker.