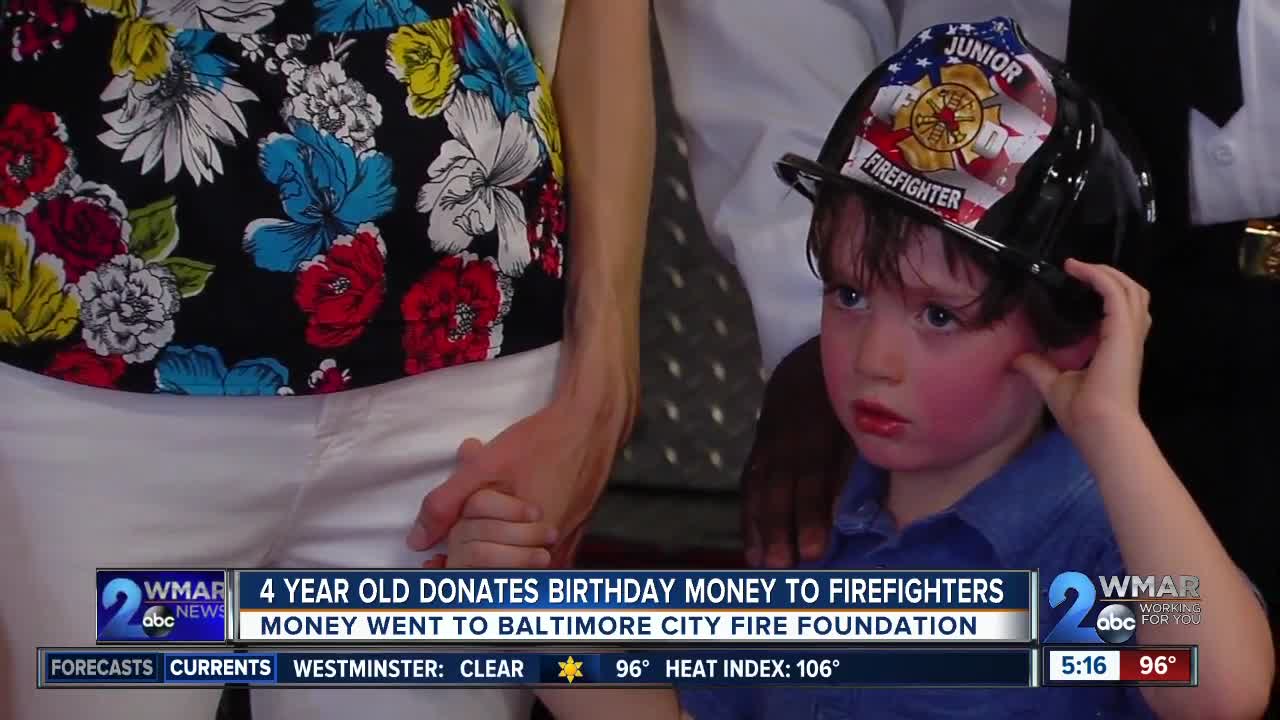 Gael loves firefighters! So much so, he wanted to spend his birthday doing something special.

BALTIMORE — Gael loves firefighters! So much so, he wanted to spend his birthday doing something special.

Instead of getting gifts, little Gael asked for money. He then gave it to the Baltimore City Fire Foundation, which helps injured firefighters and the families of those who've died.

On Wednesday, he got to meet Fire Chief Niles Ford and other firefighters.

"I almost don't even have the words I'm so impressed by it." said Chief Ford.

Even though he didn't ask for gifts, Gael got some anyway, plus a tour of a fire truck and the station. Of course, when he's old enough, Gael plans to be out there fighting fires just like his heroes.