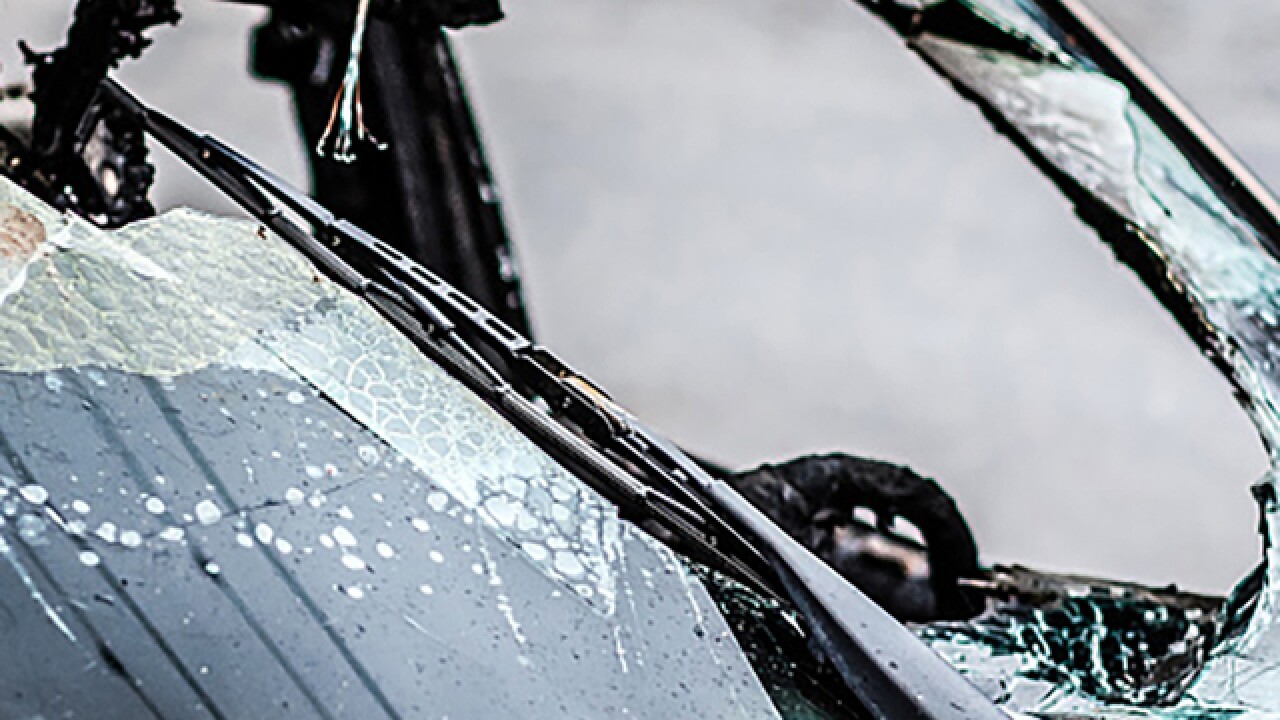 A woman was killed when her car was hit from behind, sending it careening into the path of an oncoming box truck in the other lane of traffic Monday morning in Lothian, Anne Arundel County Police said.

Police said a Ford Focus heading north was attempting to make a left turn into the Park & Ride in the 5700 block of Solomon Islands Road. The Ford was hit from the rear by a Chrysler 200, sending the Ford into the oncoming southbound lane of traffic. A commercial box truck driven heading south then struck the Ford on its passenger side.

The driver of the Ford, 56-year-old Evelyn Marie Settle of Lothian, was pronounced dead at the scene.

Early investigation shows the crash was caused by a failure to reduce speed to avoid a collision, police said. Alcohol does not seem to be a factor. Police are continuing to investigate.

The driver of the Chrysler, 22-year-old Emily Morgan Fishback of Friendship, and her 11-year-old passenger, both sustained minor injuries, as did the driver of the box truck, 52-year-old John Leroy Keister of Stevensville. All three were transported to local hospitals. The truck was owned by Penske Truckleasing in Baltimore.