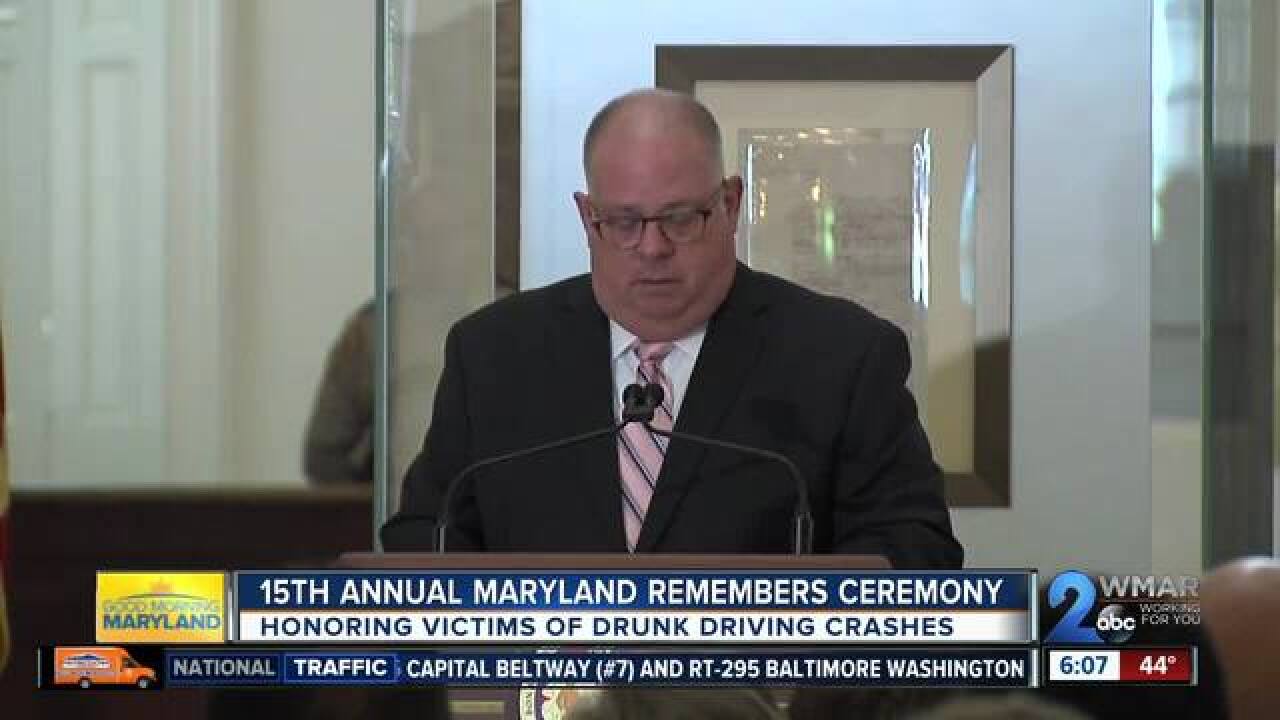 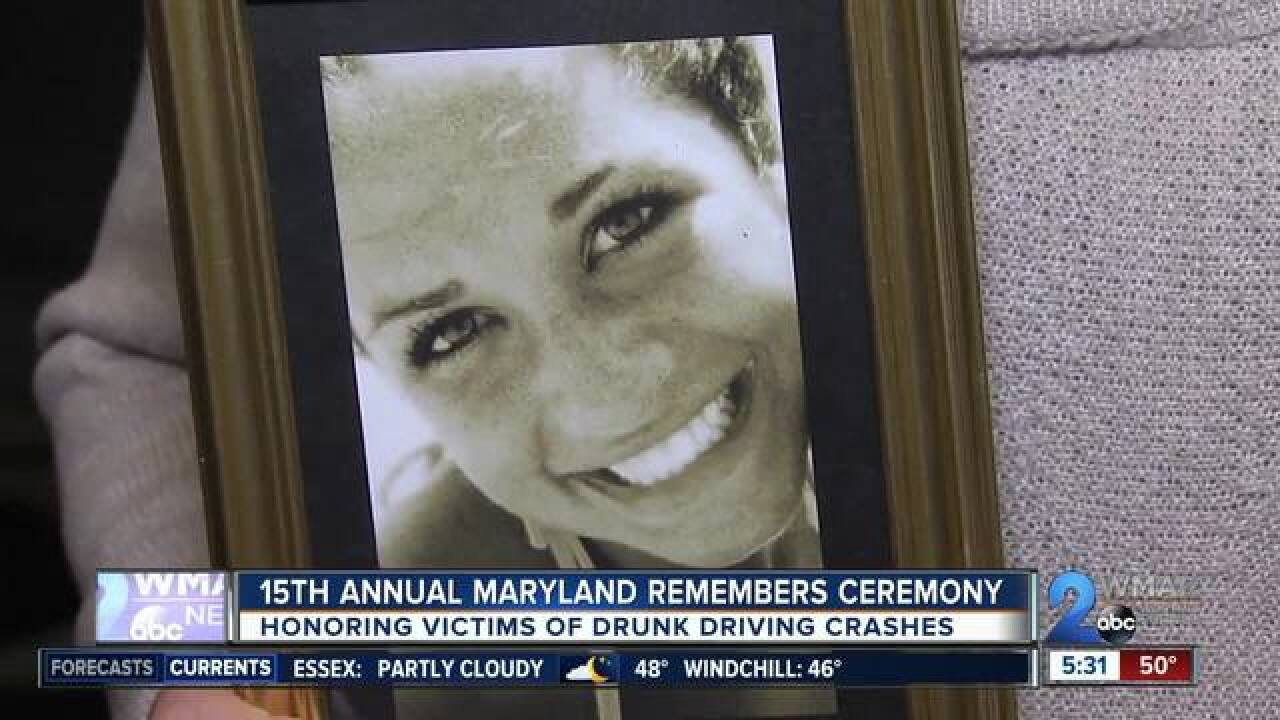 One by one pictures of those killed by drunk or impaired drivers were placed on a table by family members.

The holidays are a time when more drunk drivers are on the roads and even though 23,000 people have been arrested for drunk driving this year, Governor Hogan wants to do more for the safety of all drivers.

"Even though we've passed some tougher laws, we've got ignition lock with Noah's Law and a number of other things but we are gonna keep fighting," said Governor Larry Hogan.

Juliette McGuire's sister Haley got in a car with three other people in 2011. The driver was drunk and hit a tree and killed her sister Haley and two others in that crash. Juliette thinks with taxi cabs and Uber and other options, there is no reason to be behind the wheel of a car.

"Your parents would much rather get a phone call from you at a party saying that, "Hey I'm too drunk to make it home, can you come to pick me up?", then to have a police officer knocking at the door saying "Hey I'm sorry to inform you of this but your son or daughter was killed by a drunk driver or they were a drunk driver," said McGuire.

Nancy and Michael Kelly lost there son, Dan, to a drunk driver 22 years ago.

They have seen drunk driving laws change over the years and think Maryland has a big problem with handing out probation before judgment sentences for drunk drivers.

"People can get more than one PBJ in their lifetime and anybody that is arrested in my book more than once for drunk driving has a serious issue and should not be given probation before judgment," said Nancy Kelly.

Probation before judgment is available for first-time offenders or if the previous conviction was at least 10 years prior to the current charge.

"You see the people that were crying out here today who lost their families and they are not going to have their families with them for Thanksgiving or the holidays, it makes you think twice," said Governor Hogan.