'Truckers against Trafficking' aims to stop human trafficking across the state 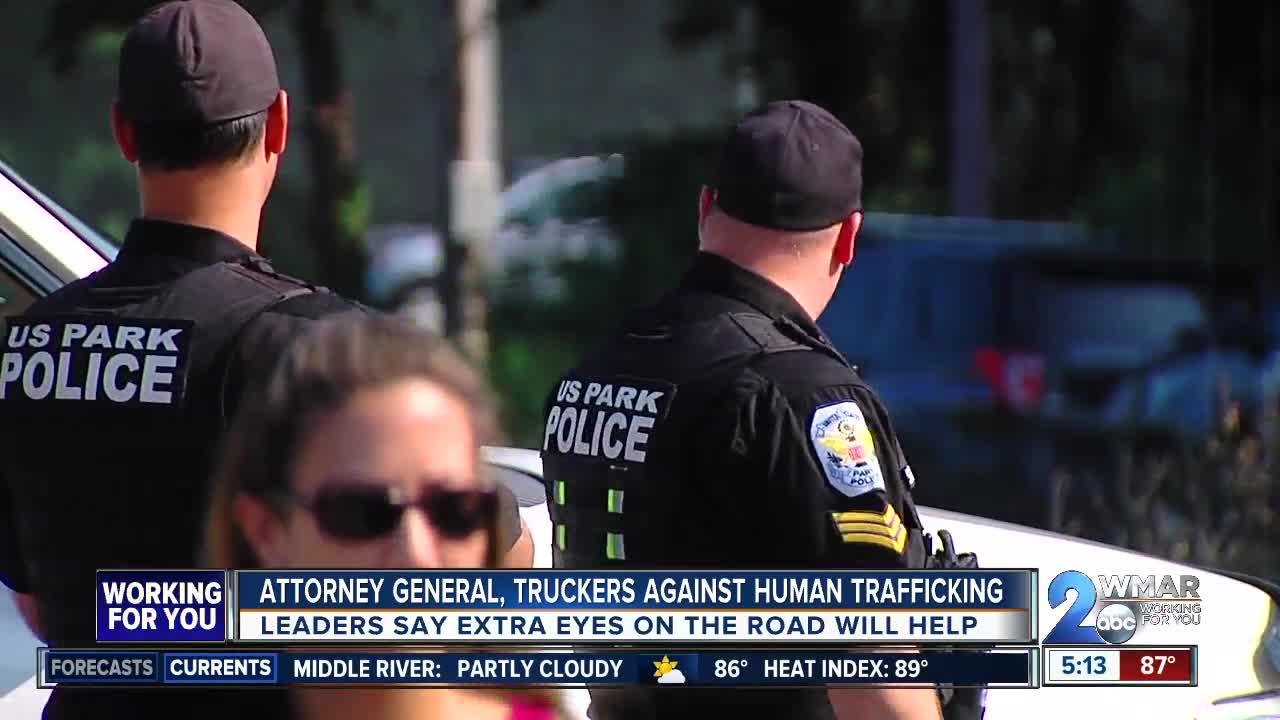 Leaders say extra eyes on the road will help fight against human trafficking.

HANOVER, Md. — Stopping human trafficking, that's the goal for the state of Maryland.

Attorney General Brian Frosh is hosting truckers to help crack down on the problem that's affecting thousands and putting lives in danger.

Because human trafficking is so hard to detect, the attorney general is asking to incorporate more truckers to help keep their eyes on the road to help prevent this national crisis from spreading any further.

In theory, they're extra eyes on the road and at stops, truck drivers serving as an extra layer of support to help prevent human trafficking.

"It's mostly young women, but there are young men and all kinds of people who are involved and taken as victims for human trafficking, labor trafficking," Frosh said.

Frosh teamed up with 'Truckers Against Trafficking' to help spread the word about the life-threatening dangers of the crime and how people can be affected.

Leaders say every level needs to step up to crack down.

"In order to effectively combat human trafficking, each sector of society must do its part. Truck drivers, bus drivers, truck terminal workers are the eyes and ears of the nation's roadways," said Kylla Lanier, Co-Founder of Truckers against Trafficking. "They're already trained to be vigilant and observant and can find themselves intersecting with traffic victims through the normal course of their jobs."

The goal is to help these truckers identify human trafficking activity so they can then report to law enforcement to help save as many lives as possible.