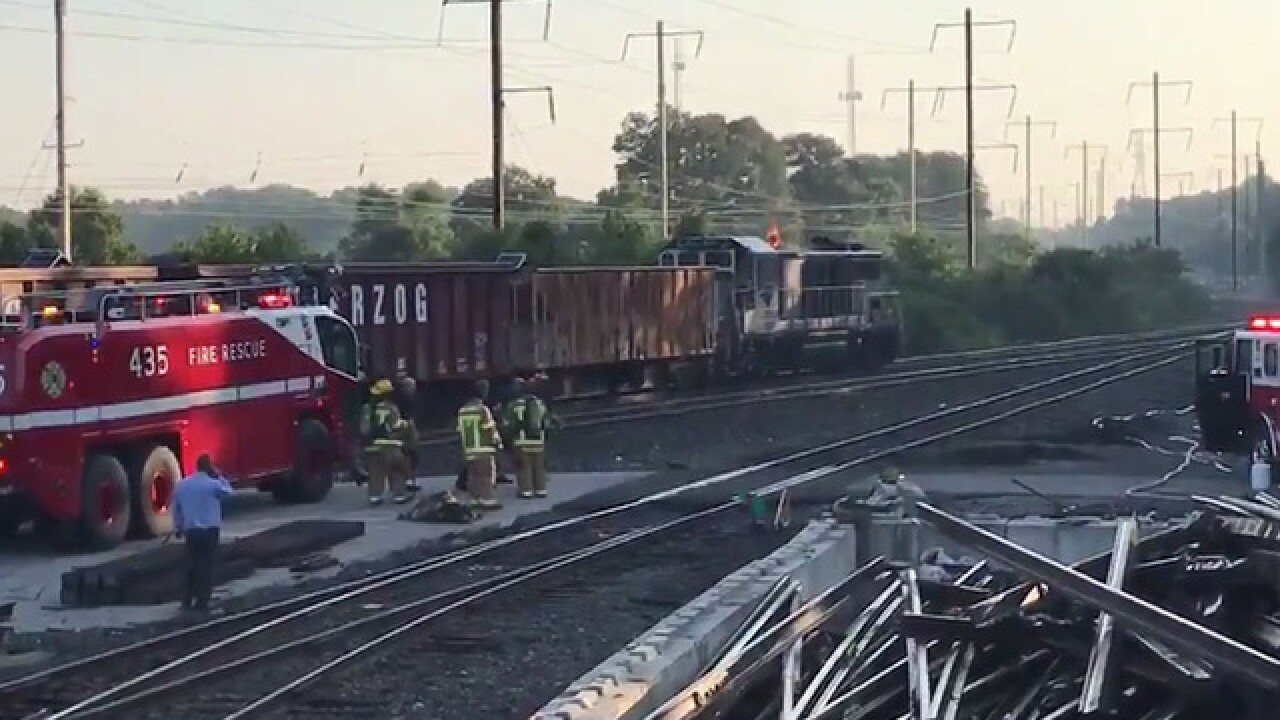 Copyright 2018 Scripps Media, Inc. All rights reserved. This material may not be published, broadcast, rewritten, or redistributed.
<p>Screenshot from Anne Arundel County Fire's video on Twitter</p>

Crews are responding to a train carrying fuel that is on fire in Anne Arundel County Wednesday morning.

The fire broke out just after 6:30 a.m. on Waugh Chapel Road in Odenton. Officials say the fire started in the stack of the locomotive.

The train is confined to a service area, and officials say no passengers are on board.

Firefighters operating on the scene of a fire in the stack of a locomotive in a maintenance yard in the 500 block of Old Waugh Chapel Road. No injuries at this time. pic.twitter.com/etEUyFTFEF

Firefighters have extinguished the fire and no injuries have been reported at this time.

Update Odenton locomotive fire | fire is extinguished, working on cooling operations and a small diesel leak | no injuries | beginning to demobilize and return some units to service shortly pic.twitter.com/NHRudEzBo7