Statues of Harriet Tubman and Frederick Douglass unveiled at statehouse 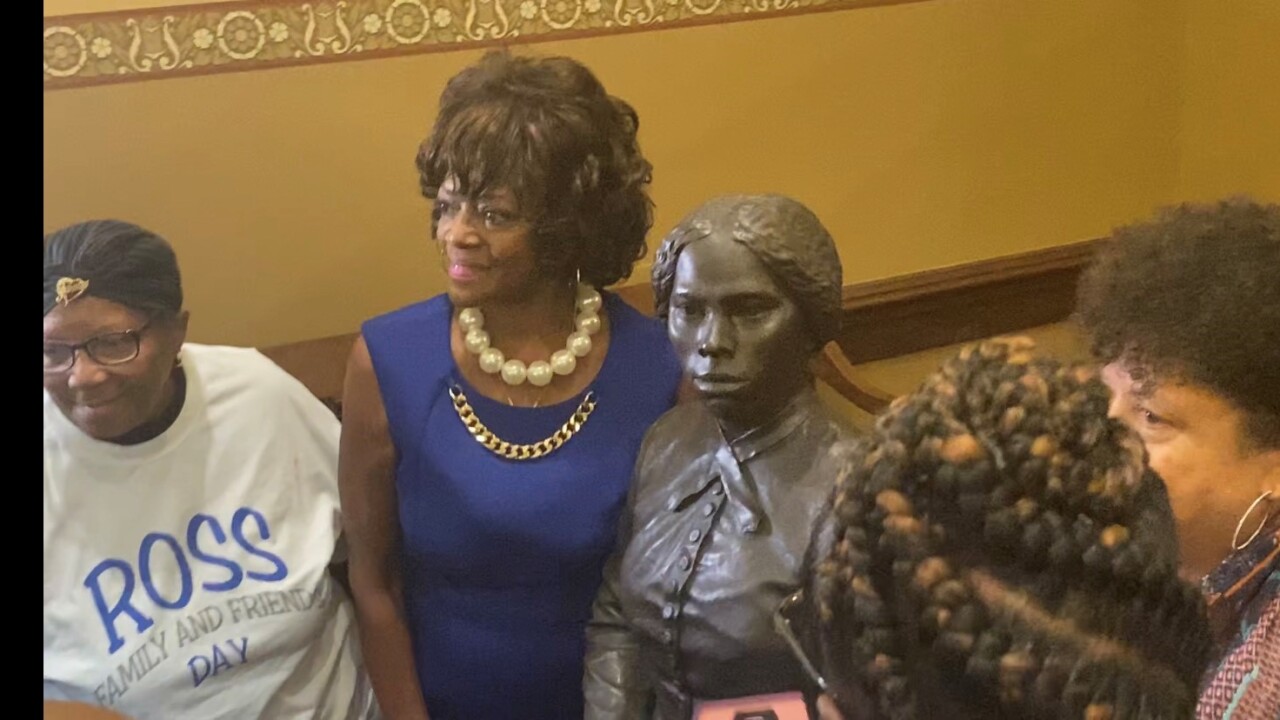 ANNAPOLIS, Md. — Frederick Douglass and Harriet Tubman escaped slavery and became two of the most influential abolitionists in American history.

On Monday night they were forever memorialized in the Maryland State House with their descendants watching proudly.

“Strength comes when we respect and show compassion for each other,” Patricia Ross Hawkins, a decedent of Harriet Tubman said.

At a joint legislative session politicians from across the aisle filled the Rotunda to talk about the importance of these African Americans who were born in Maryland.

“Frederick Douglass and Harriet Tubman both fought against injustice and intolerance,” said Gov. Larry Hogan. “Each of them displayed incredible courage and self-sacrifice.”

Emancipation came to Maryland in 1864.

Nearly 200 years later the first African American and first woman speaker of the house, Del. Adriane Jones talked about the historic path that forged her opportunities and the road that lies ahead.

She read a letter from Douglass to Tubman.

“I have had the applause of the crowd and the satisfaction that comes of being approached by the multitude,” the letter read. “While the most that you have done has been witnessed by a few trembling scared and footsore bondsmen and women. Whom you have led out of the house of bondage and whose heartfelt God Bless you has been your only reward.”

Inside the old House of Delegates Chamber—A tribute to show the tremendous strength and sacrifice of two slaves turned heroes— so the next generation always remembers them as faces of American freedom.

“When it comes down to her she did justice, how many people would run through the woods,” said Betty Ross descendant of Harriet Tubman. “How many people go back for children, mothers,fathers, that can’t get out.”