New site to be used for high school graduations 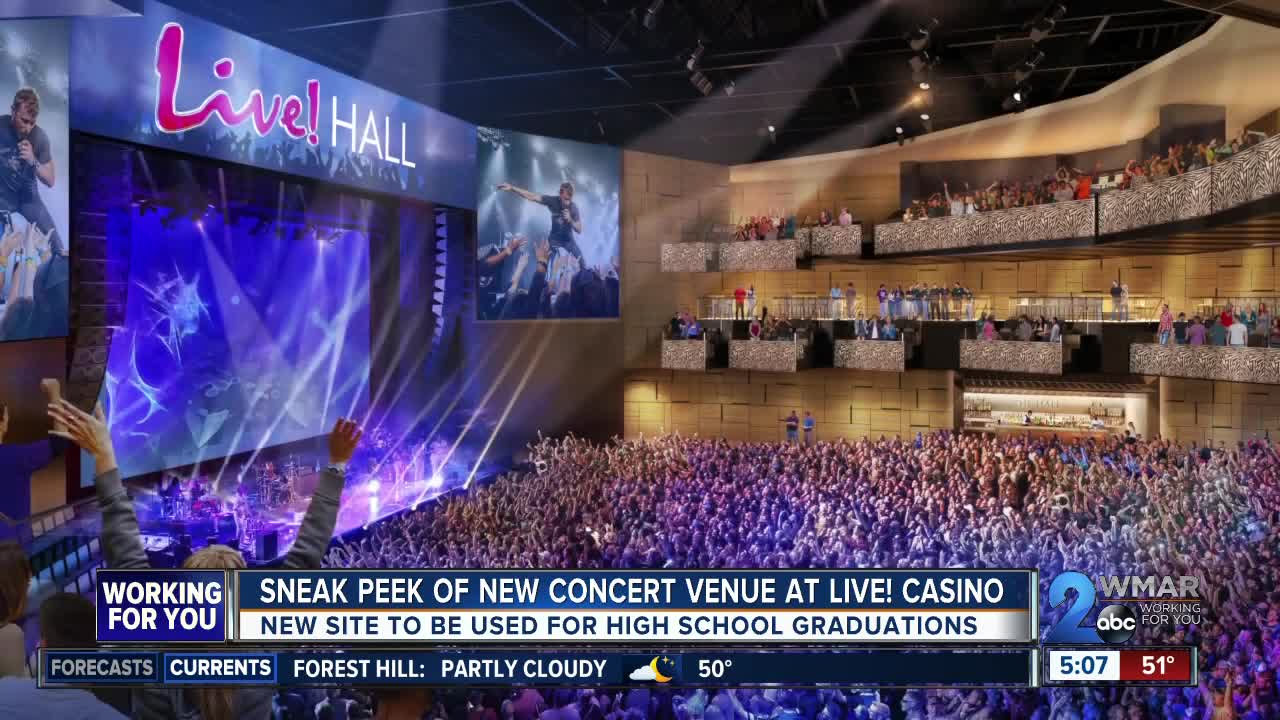 R&amp;B artist Jill Scott, Josh Groban and Latin pop sensation Prince Royce---they're all part of the lineup live casino and hotel announced today for The Hall Live!---a new theater, which will seat 4,800 concert goers, making it the largest venue of its kind in the state. 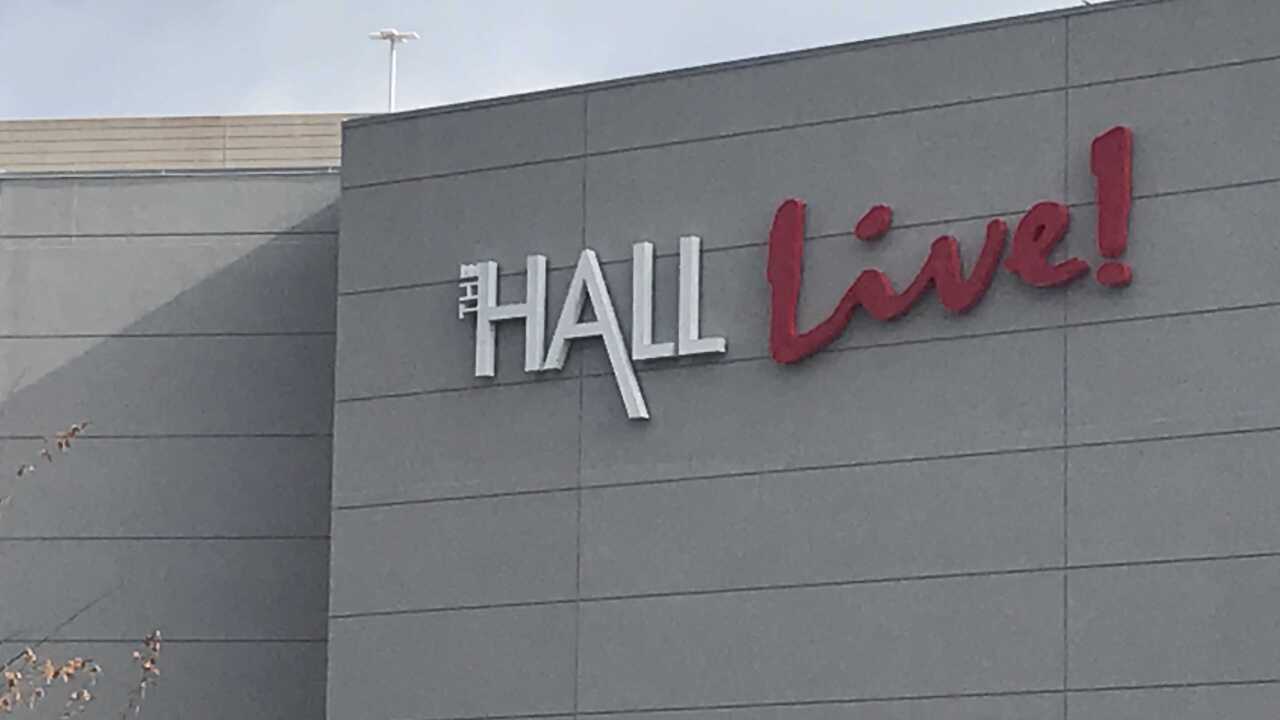 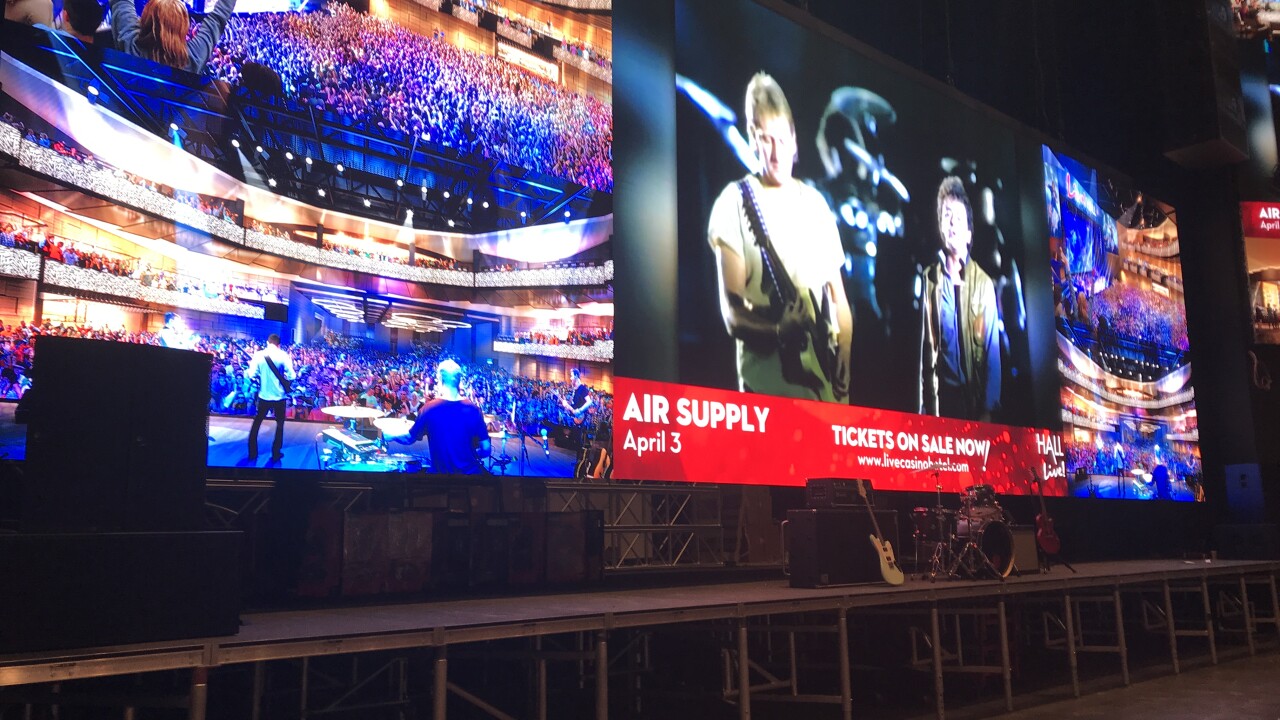 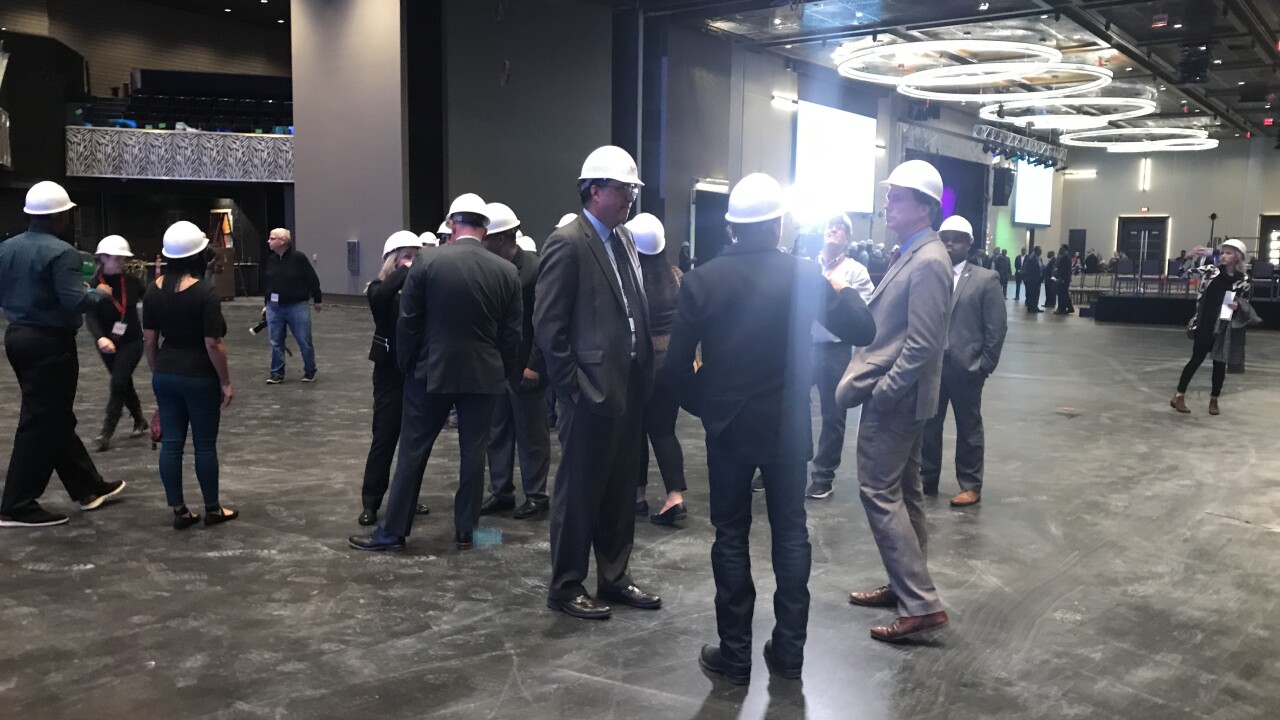 HANOVER, Md. — R&B artist Jill Scott, Josh Groban and Latin pop sensation Prince Royce---they're all part of the lineup live casino and hotel announced today for The Hall Live!---a new theater, which will seat 4,800 concert goers, making it the largest venue of its kind in the state.

"The big picture is that this makes this part of the county, which is right between Baltimore and D.C., a place where things should be happening,” said Anne Arundel County Executive Steuart Pittman. “It really does make it the entertainment destination for the Mid-Atlantic."

Work is nearly completed on the 75,000-square-foot site, which features a 120-foot big screen at center stage, which is comparable to those found in most football stadiums.

It's certainly far more than Cordish Companies first envisioned for the site.

"We started with this being a tent, because originally we had a parking garage on this location and we were going to put a tent, a permanent tent, that would house the graduations in the venue," said Cordish Companies Managing Partner Joe Weinberg.

But in the absence of a convention center of its own, Anne Arundel County leaders offered the company $36 million worth of property tax breaks over the next 30 years to build a hall that can be used for community events as well.

As part of that agreement, graduation ceremonies for as many 5,000 high school students will be hosted here starting in the spring, at no charge to the school system.

"I'm so happy that I don't have to drive to Prince George's County and Baltimore County for graduations,” said Senator Pam Beidle. “It's all about me, right? We get to come here for graduations. My niece will be in one of the first graduating classes here this year and I'm very excited and plan to be here."

While Cordish Companies has received plenty of tax breaks, Live! Casino has paid $2 billion in taxes to the state since it opened for business seven years ago, and its poured $130 million dollars back into Anne Arundel County.