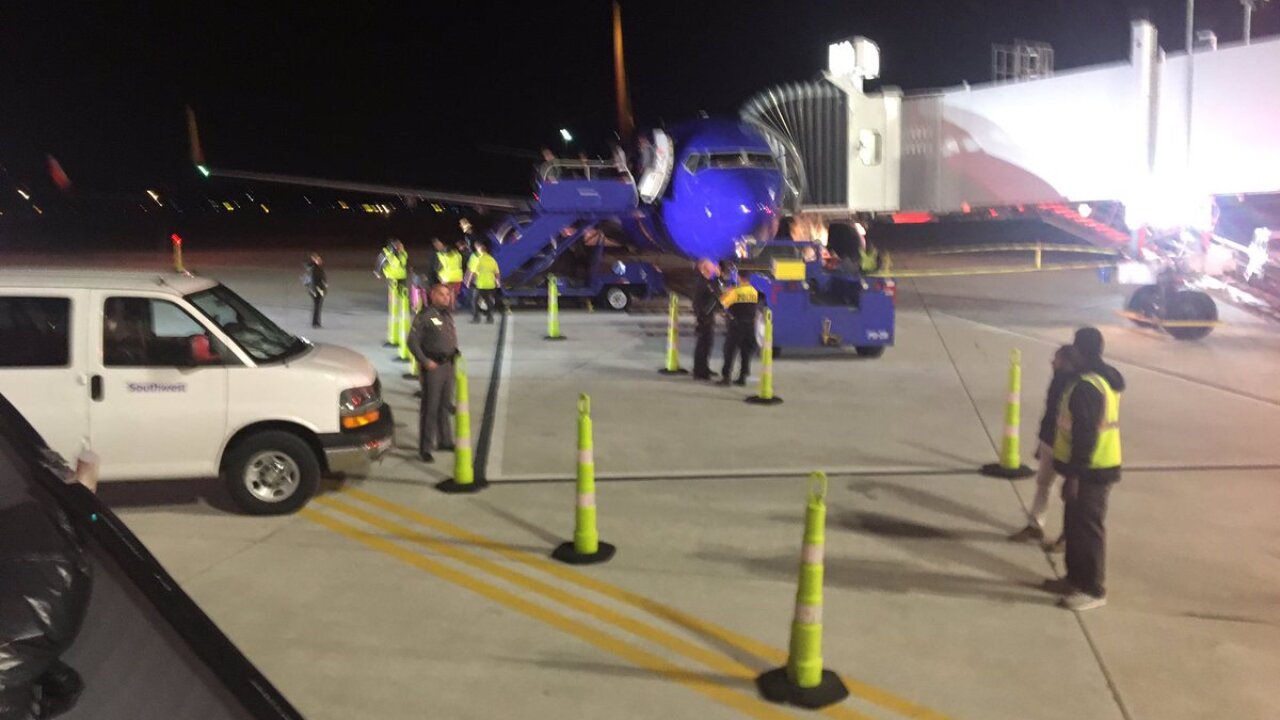 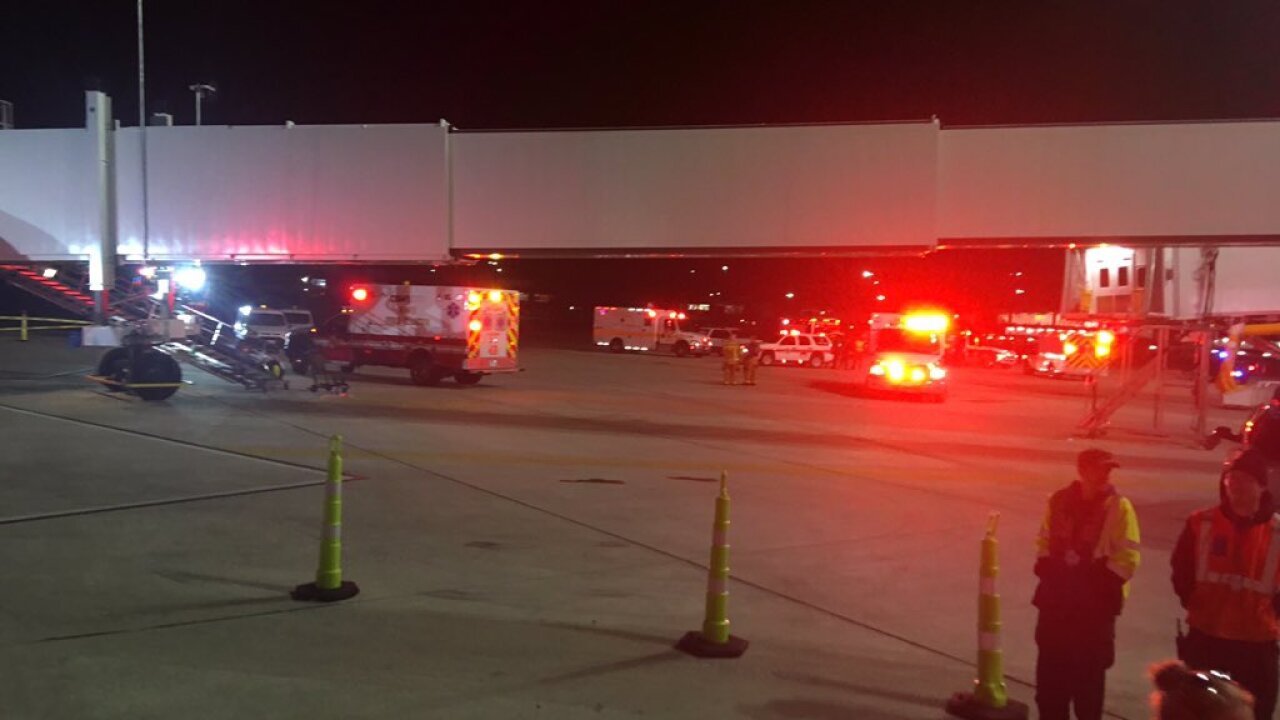 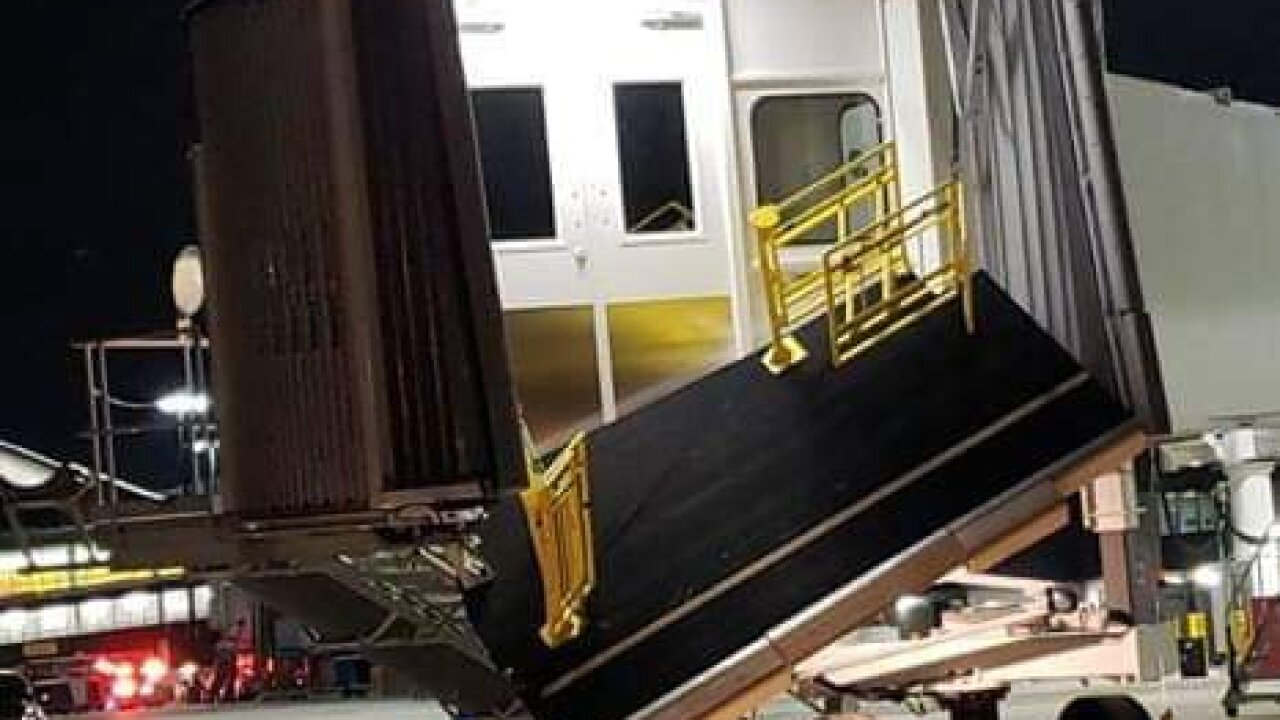 Officials say, fire and Rescue crews responded to Gate E-10 for a medical emergency involving a passenger aboard an arriving flight. While attempting to remove the passenger from the aircraft, the jet bridge at the gate failed.

As result, six individuals fell and were injured. Each was transported to local hospitals and released on Sunday morning. The remaining passengers eventually deplaned from another gate around 8:45 Saturday night.

An investigation found that the incident was caused by a defective metal bracket on the jet bridge. Following the incident, thirty-three other jet bridges manufactured by the same company were inspected and found to be safe for use. As a precaution all brackets on five other bridges installed during the same period as the one affected are being replaced. Six total bridges will be out of service while repairs are made. Airport operations will not be affected by the jet bridge closures.