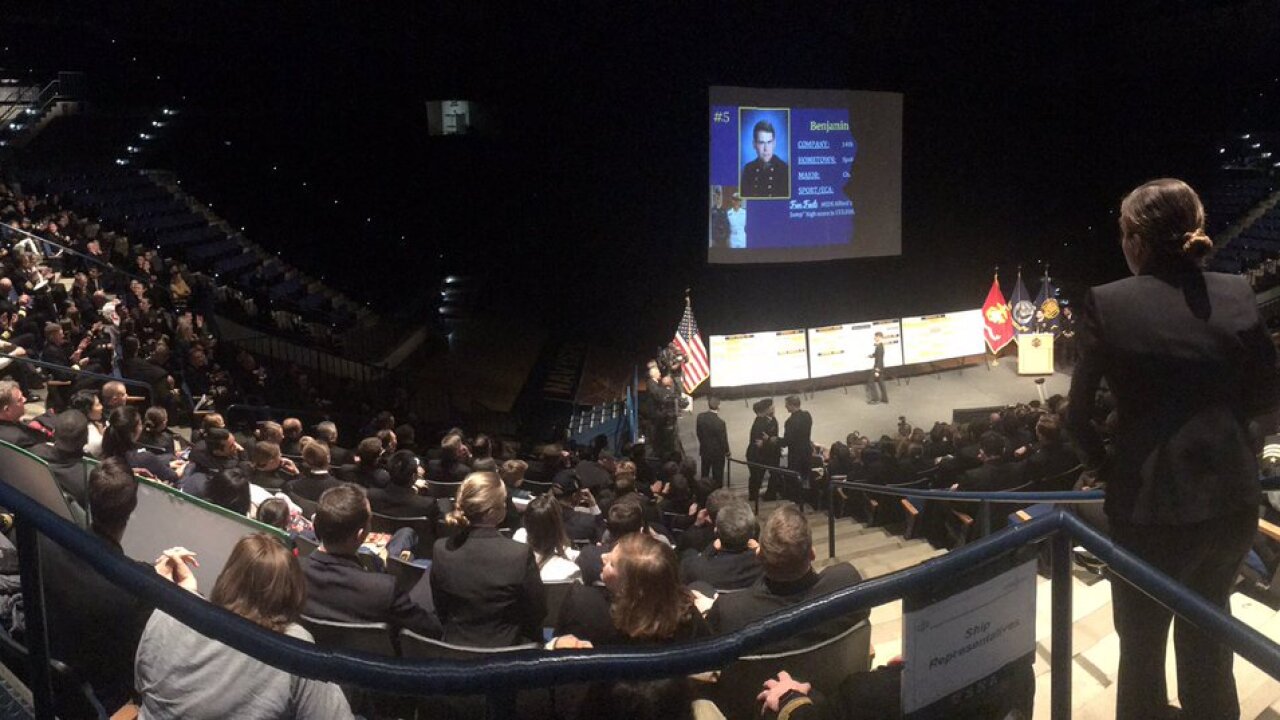 ANNAPOLIS, Md. — It was an electric atmosphere in Annapolis Thursday night at the Naval Academy.

Midshipmen hit the stage where a giant board with placards held their fate during their Ship Section Night. Once they picked what ship they will report to, they celebrated with their new coworkers, friends and family.

“I kinda blacked out a little bit, but it was unreal,” said Austin Kocsan who is headed to San Diego. “Just shaking hands with Admirals, it’s fun.”

Inside this epic ceremony is a tradition that made the crowd go wild.

Ben Alford was the first Midshipmen to pick Japan, meaning he got to take home a sword.

“I feel like I wield great power,” Alford said. “I'm very thankful for the Japanese delegation who came up and honored me with a sword. ”

For Alford, picking Japan was a no-brainer. His parents are Navy Veterans who met in Okinawa when they were stationed there, and his sister, who was in the class of 2014, was born there.

As fate would have it, his future wife is heading there too.

“My fiance is also picking tonight and she's a little bit behind me, so we were just banking on getting it,” Alford said.

And for Joppatowne born and raised Kocsan, he is ready to leave the cold behind to set sail in sunny San Diego. He said the excitement kept him up all night.

“A lot more opportunity to grow as a leader and as a person,” said Kocsan. “Just take my life to the next step.”

With all the tools they need to make our country proud, and at least one sword, the Midshipmen were having fun Thursday night picking where they will go, and getting ready to take to the sea to protect and serve the United States.

“If I have a mantle it will hang right above the mantle in my home,” Alford said. “Always will be a great piece of memorabilia and I'm honored to have it.”

For the selection process, Midshipmen are placed in order by their overall order of merit, which is their cumulative class rank based on academic, military, and physical standings within their class.