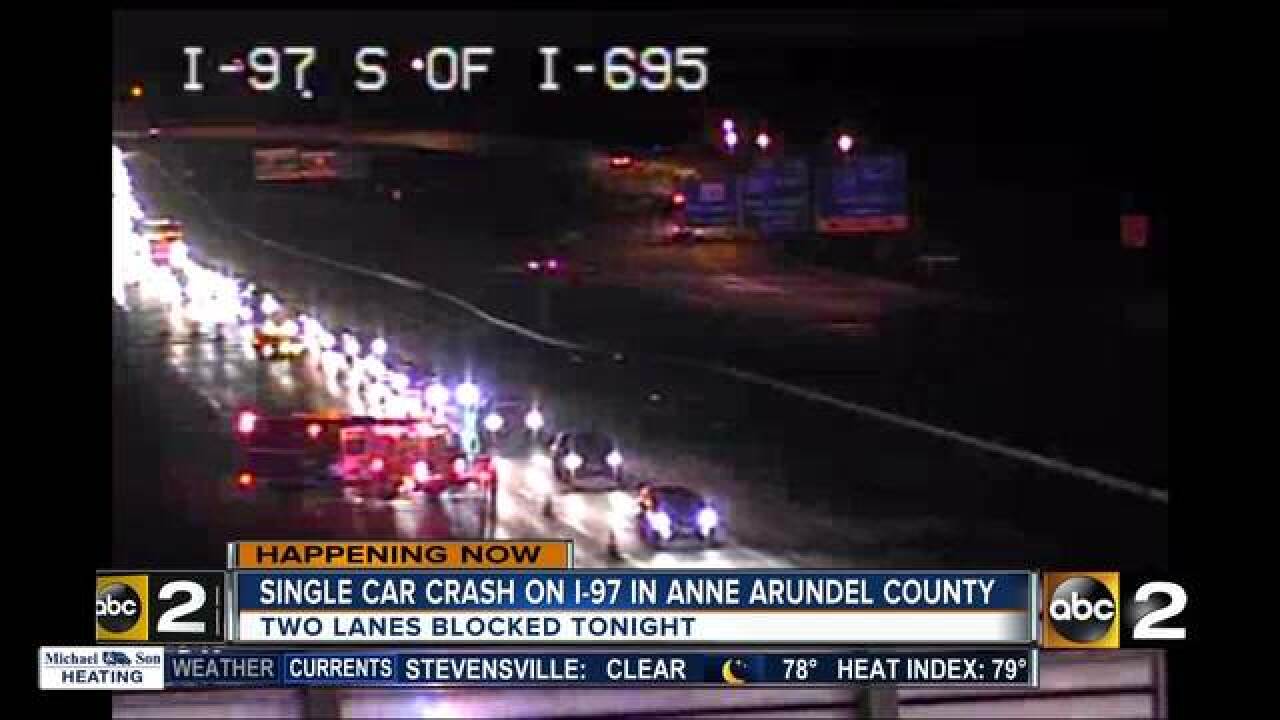 A 21-year-old man died in the serious car crash on I-97 that shut down two lanes Wednesday night. Maryland State Police have identified him as Rommel Reyes Benitez of Reisterstown; he was the driver of the vehicle involved and had been rushed to the University of Maryland Baltimore Washington Medical Center where he was pronounced dead. A 19-year-old passenger, Marcus Moore of Hampstead, was taken to Shock Trauma with injuries.

Police are still investigating the accident that occurred around 8:15 p.m. on I-97 South at MD 648.

Investigation has found the driver was speeding and operating recklessly prior to the accident.

Accident: I97 SB @ B&A Blvd. 2 lanes shut down on I97 SB. MSP is the primary agency investigating #MdTraffic pic.twitter.com/zDy3Y0CD3m