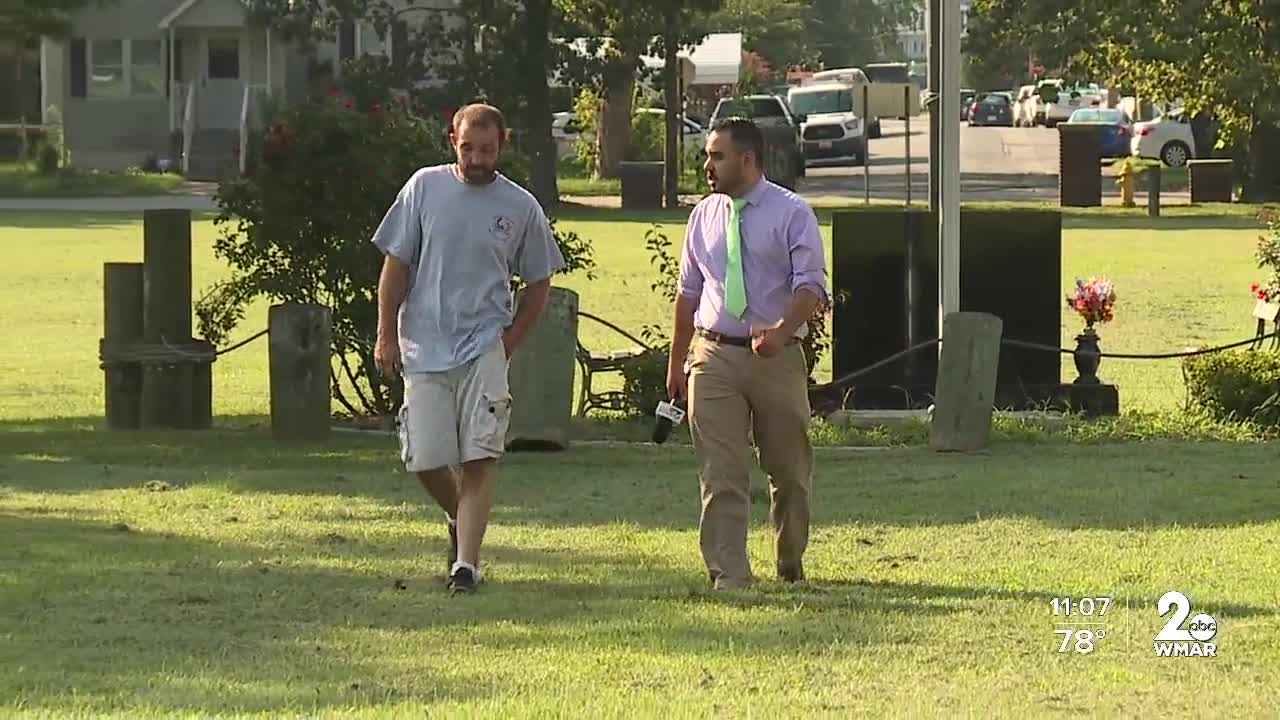 Michael Vaccarino is a volunteer fireman and a supporter of all first responders and veterans. He’s the man behind the memorial that now sits in Riviera Beach.

RIVIERA BEACH, Md. — Michael Vaccarino is a volunteer fireman and a supporter of all first responders and veterans.

He’s the man behind the memorial that now sits in Riviera Beach.

In 2017, he reached out to the county, asking for permission to paint a blue line down the middle of Dale Street stopping across the grass from where the memorial stands.

He was denied then, and tried again when he saw art like the Black Lives Matter mural painted in Patterson Park and Defund the Police painted outside Baltimore City Hall.

“Regardless of the message, I asked about this years ago before anything recent has happened,” he said. “It has nothing to do with that whatsoever. I think if we can allow art in the roadway that maybe we can call it art.”

A spokesperson for Anne Arundel County told me that the the only paint that’s allowed is for traffic markings under state law.

Specifically saying blue paint is only used for disabled parking.

“It just seems like it was time to reach out and say we’re seeing this in other areas,” Vaccarino said. “We’re seeing it across the water in Baltimore City. I would like to do this ya know what do I have to do.”

It allows groups to paint letters of support on public right of ways.

They have to get a permit and support from the community where the message will go.

The group also has to pay for the materials and work.

Vaccarino wants to see something similar in Anne Arundel County.

Saying even if it’s temporary it’s a good way to show support especially now. He usually holds an annual tribute party for first responders and veterans in the area.

This year it was canceled because of COVID-19, and he believes the paint would give him another way to honor those who put their lives on the line in the name of duty and service

“Help me know what that approved legal way is because all I’m being told is no,” Vaccarino said.