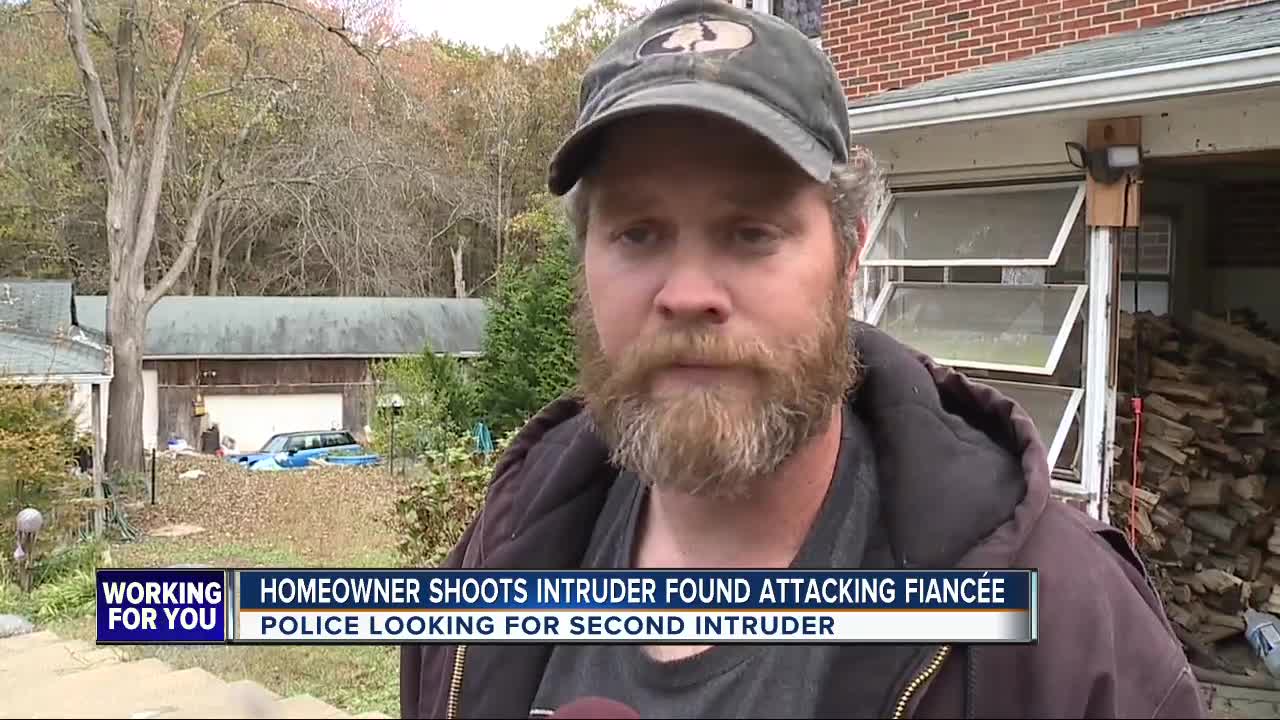 A Glen Burnie homeowner shot an intruder who was attacking his fiancee Thursday morning.

The homeowner told police he was outside checking on his chickens when he heard his fiancee screaming from inside the house.

When he went back to the house, the homeowner says he saw his fiancee in a physical struggle with two men.

According to the homeowner, one of the suspects was armed with a handgun that belonged to him.

He says his fiancee pulled the handgun and shot at the suspects when they came to the home, but they took it away from her.

The homeowner said he grabbed a shotgun and shot one of the men as he was trying to leave with the gun.

A second suspect was able to run away from the home, and was later caught.

Thursday evening, Tyler Perdue, 20 of Lansdowne, was arrested charged with several offenses. The first suspect is still receiving medical treatment and his information will be released once he has been discharged from the medical facility and booked.

Investigators believe the burglary was targeted, and the suspects and victims may have known each other.

However, the homeowner who shot the suspect told WMAR-2 News he has no idea who the two men are.

Police say the fiancee is being treated at an area hospital for minor injuries. The shot suspect has also been hospitalized, and is expected to survive.

The suspect's name has not been released, as no official charges have been filed yet.