Police catch repeat burglary suspect in the act in Annapolis 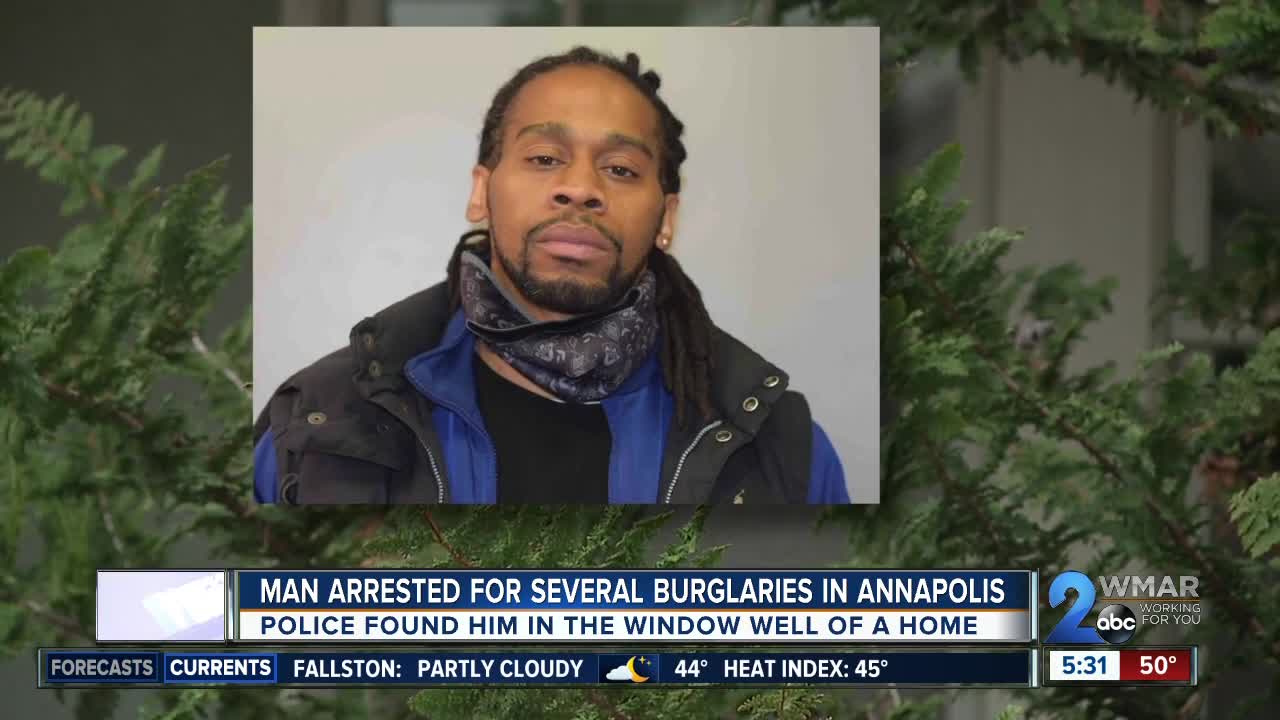 A man is in custody after police say they found him trying to break into an Annapolis home on Friday.

ANNAPOLIS, Md. — A man is in custody after police say they found him trying to break into an Annapolis home on Friday.

Police were initially dispatched to a home in the unit block of Water Street just before 5 a.m., for a report of a man trying to get inside.

Arriving officers found the suspect hiding in the basement window well of the home, before he got up and ran away.

The suspect was caught a short time later, at which point police noticed a home next door also had their basement window broken out.

Police searched the suspect and found a credit card belonging to someone who lives around the corner on Lafayette Avenue.

Investigators later found out that home's window screen was also cut, and confirmed with the victim there that a credit card had been stolen.

Annapolis Police say Collins has been charged with six separate home burglaries in the past, dating back to 2014. Two of them were reported near Lafayette Avenue and Water Street.

Collins is currently being held without bond.