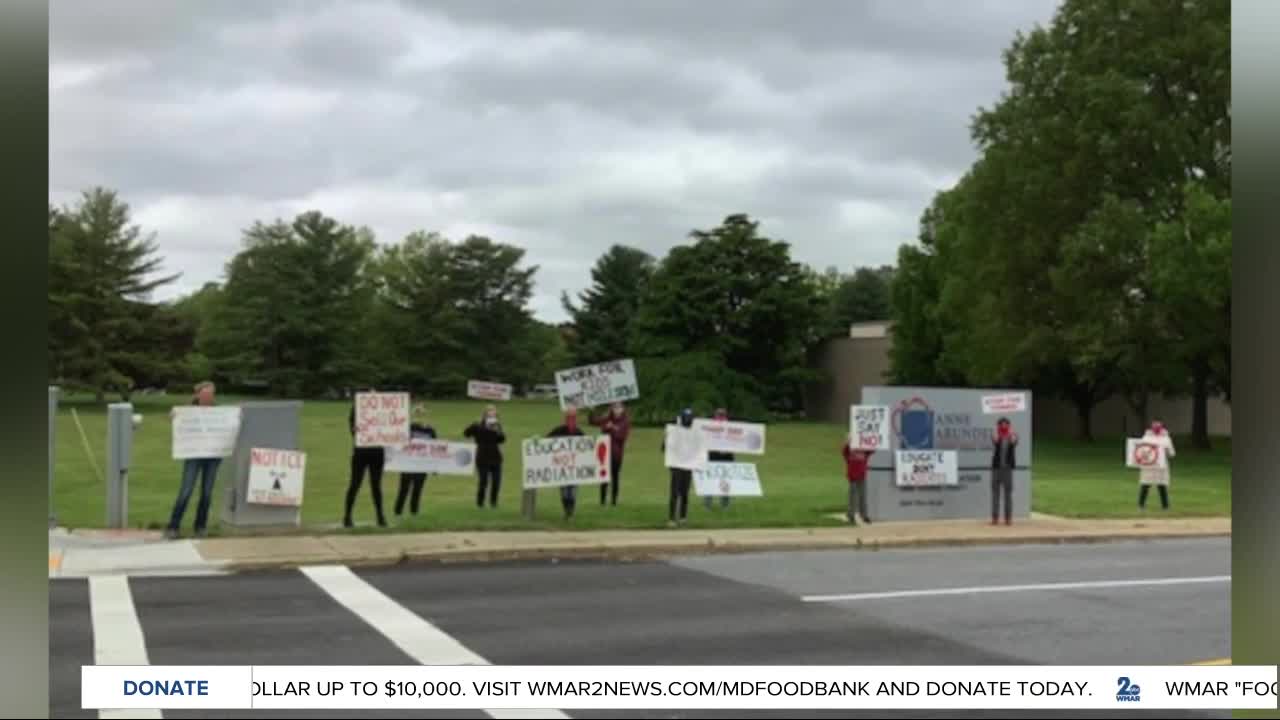 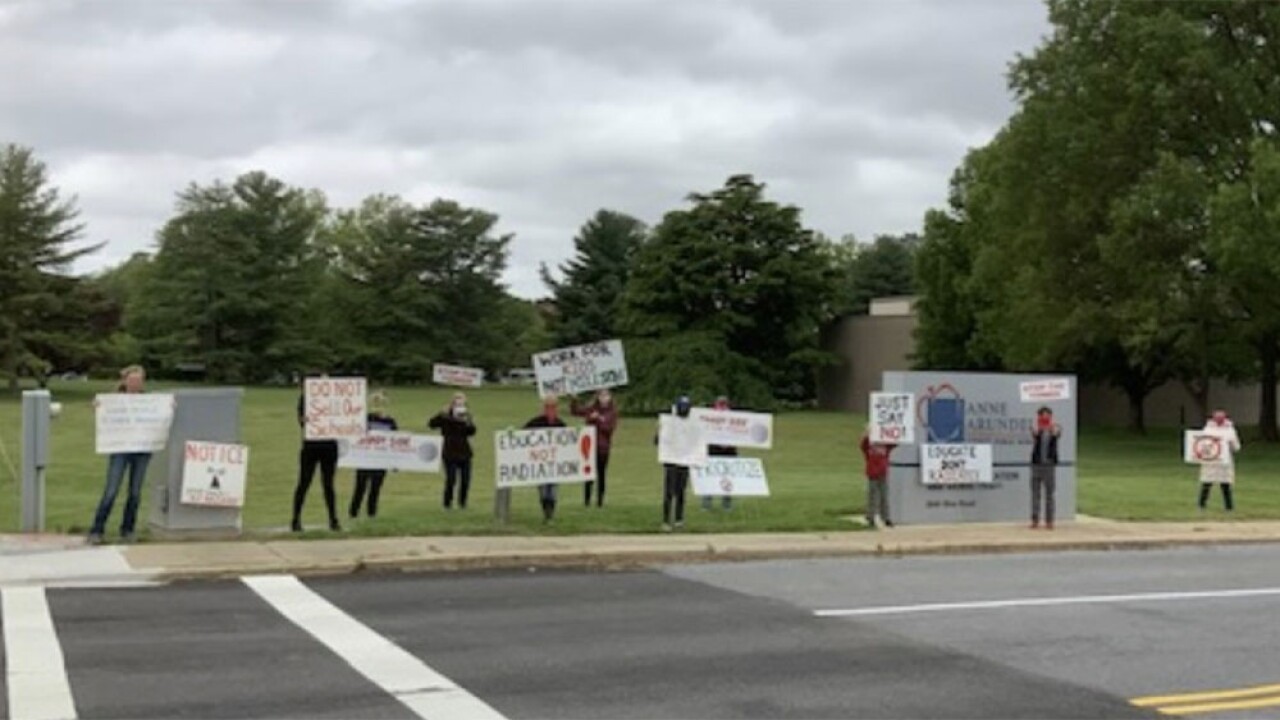 ANNE ARUNDEL COUNTY, Md. — Residents and parents protested on Wednesday at the Anne Arundel Public Schools Board of Education meeting.

They're hoping to stop a cell tower from being built next to Shady Side Elementary School.

The cell tower was first proposed over three years ago. Residents are concerned about their and student's health.

Parents say they were not included in the meeting and feel like their voices are not being heard.

"This project first came to the Board in 2017 and since that time, there has been considerable comment on both sides of the issue," said Bob Mosier, Chief Communications Officer for Anne Arundel County Public Schools. "The Board has had lengthy discussions on this proposal and will do so again Wednesday night, again hearing comments that have been submitted by the public."