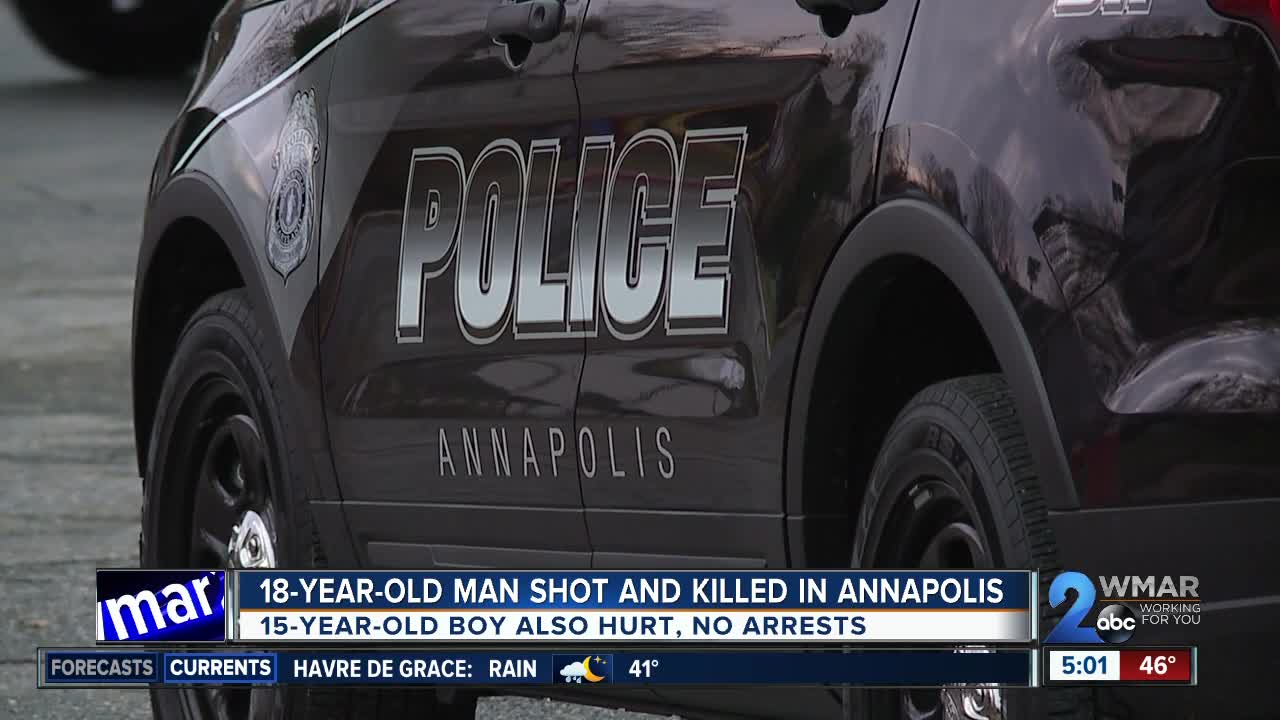 An 18-year-old is dead and a 15-year-old is injured following a double shooting Wednesday morning in Annapolis.

ANNAPOLIS — An 18-year-old is dead and a 15-year-old is injured following a double shooting Wednesday morning in Annapolis.

Police were called to the 600 block of Skipjack Court just after 1:45 a.m. for reports of shots fired.

Medics were already on scene treating the 15-year-old victim who was shot in the leg.

Officers then found the second victim, identified as Sandy Campos, suffering from a gunshot wound outside a home in the same area.

So far no arrests have been made.