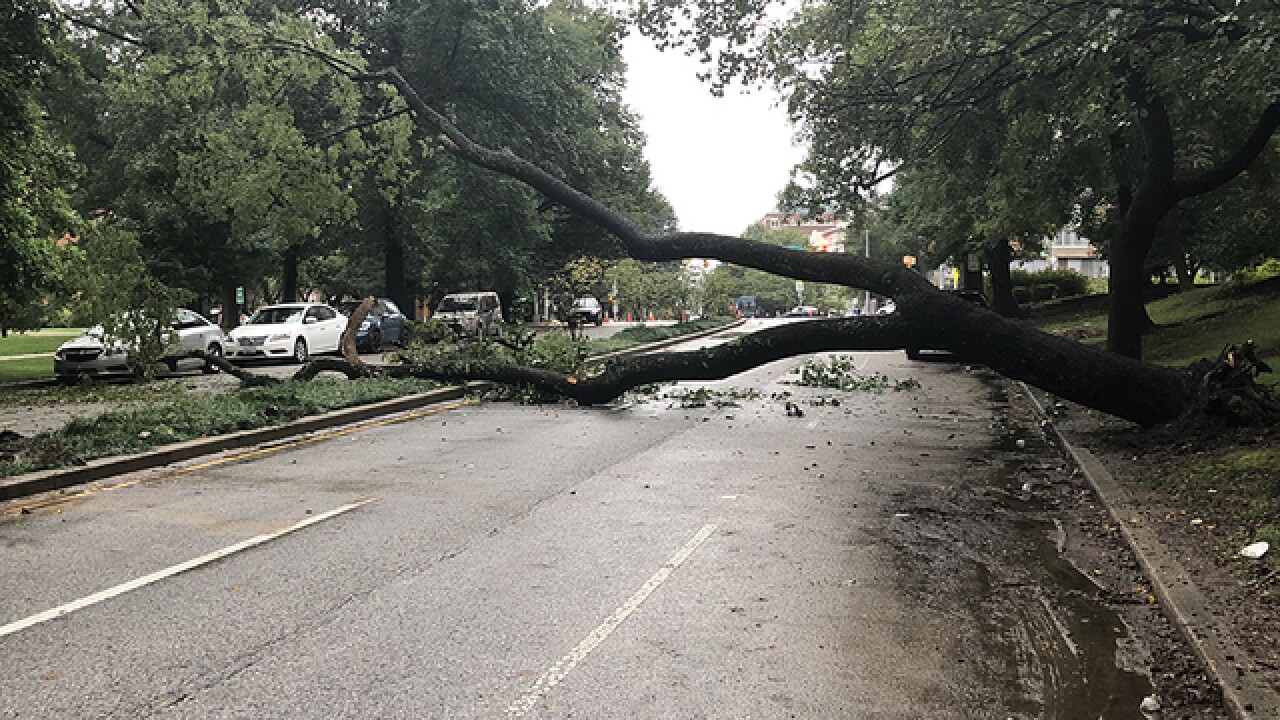 Copyright 2018 Scripps Media, Inc. All rights reserved. This material may not be published, broadcast, rewritten, or redistributed.
<p>A downed tree at Saint Paul Street and University Parkway is one of several weather-related issues commutes have to navigate in Baltimore and Annapolis Monday morning. <em>(WMAR 2 News photo by Michael Seitz)</em></p> 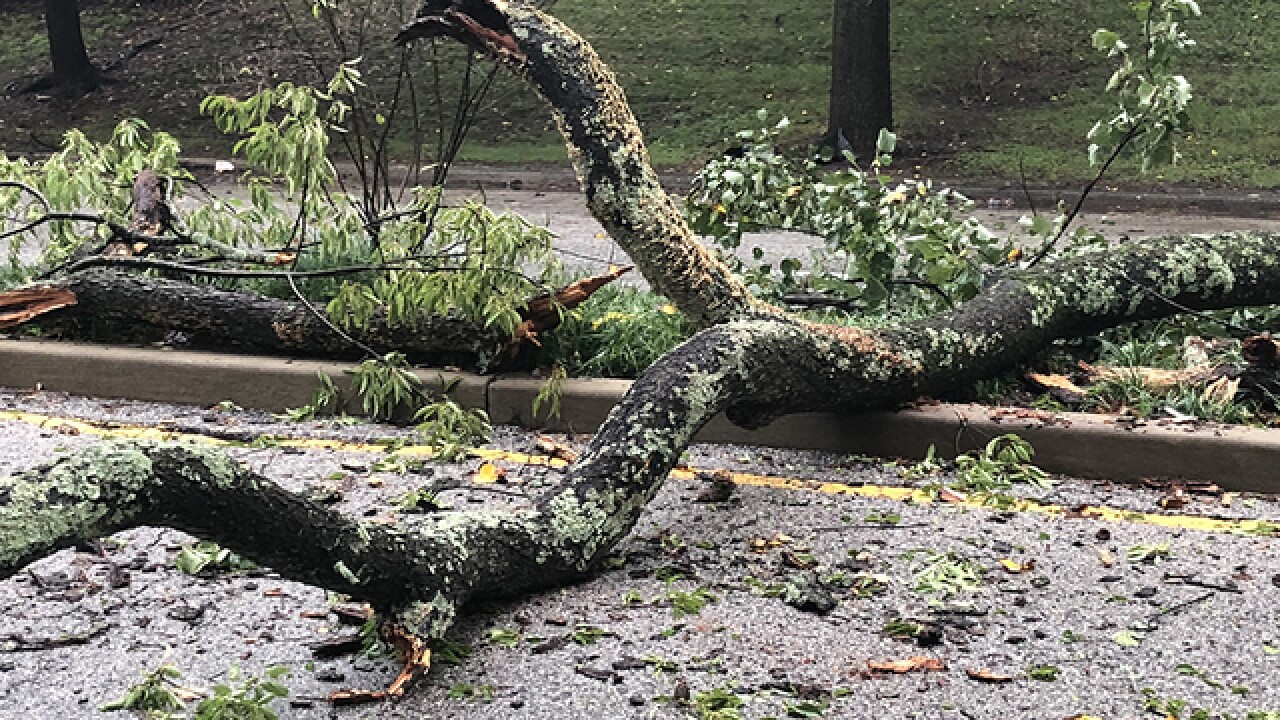 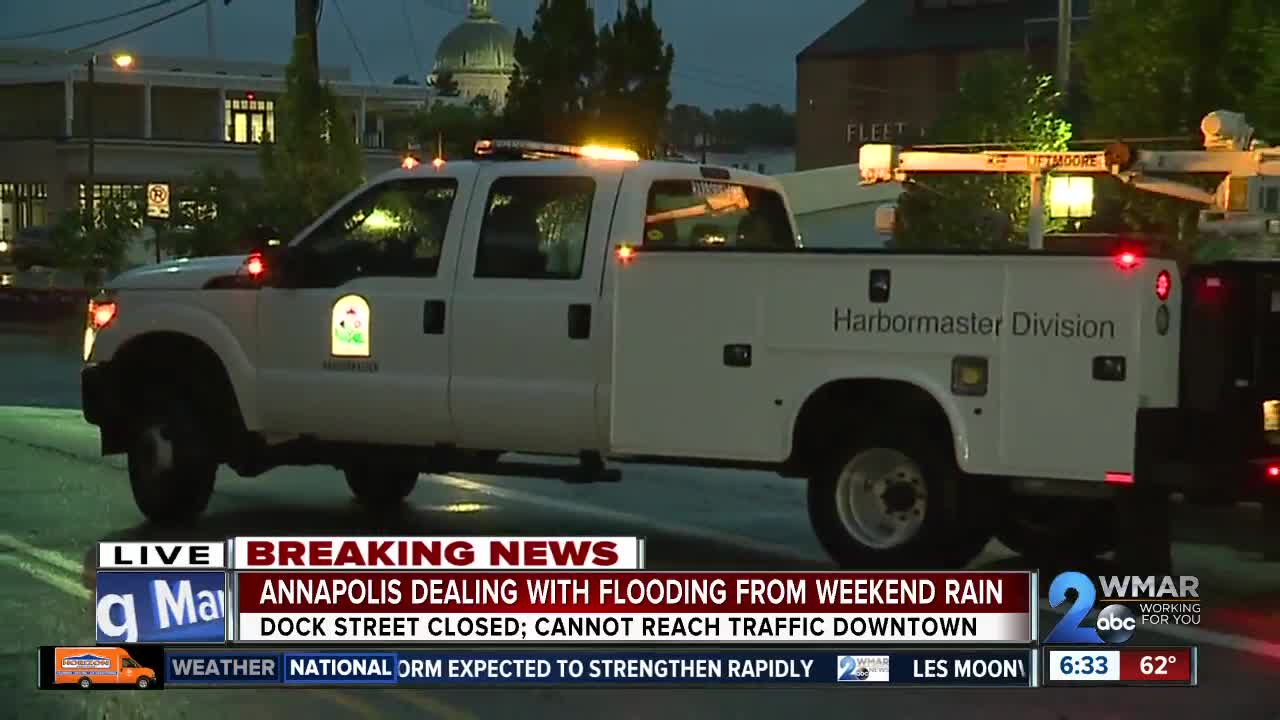 The weekend rains that rolled into Monday morning have complicated commutes as the work week starts.

Flooding has caused street closures in Annapolis. At Saint Mary’s Street and Compromise Street there is visible flooding from the rains that soaked the city this weekend. Compromise has been closed between Memorial Circle and Saint Mary’s as a result.

There isn’t any access traveling from Eastport to downtown Annapolis. The city’s downtown traffic can reach Eastport by using Duke of Gloucester Street instead.

The streets were closed off and on Sunday because of tidal flooding.

Annapolis Police were able to re-open the lanes periodically as conditions improved, but they're expecting this to be a problem for the morning commute.

These will direct drivers towards Spa road instead of using Compromise.

Though the weather may be slowing drivers, residents determined to get in their morning workouts were undeterred as joggers navigating the wet roads.

Annapolis isn't the only area dealing with effects from the wet weekend.

A massive tree that was down in North Baltimore at Saint Paul Street and University Parkway, blocking traffic there. No injuries were reported.

The heavy rain may also lead to some local flooding, as the Jones Falls was running high Monday morning in Mt. Washington. This area is known for flooding in heavy rain and this time is no different.