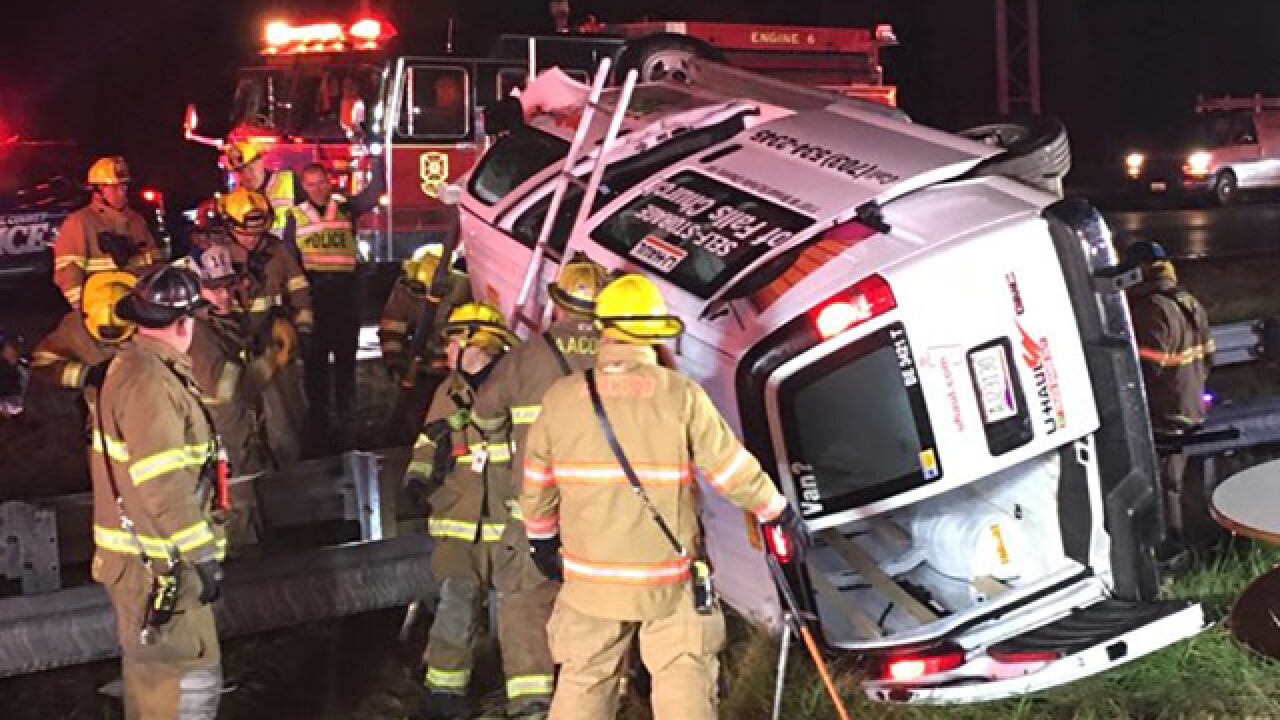 Copyright 2018 Scripps Media, Inc. All rights reserved. This material may not be published, broadcast, rewritten, or redistributed.
<p>The driver of a van was stuck inside for about 25 minutes after the vehicle rolled over several times and landed on a guardrail in the median. <em>(Photo courtesy of Anne Arundel County Fire Department)</em></p> 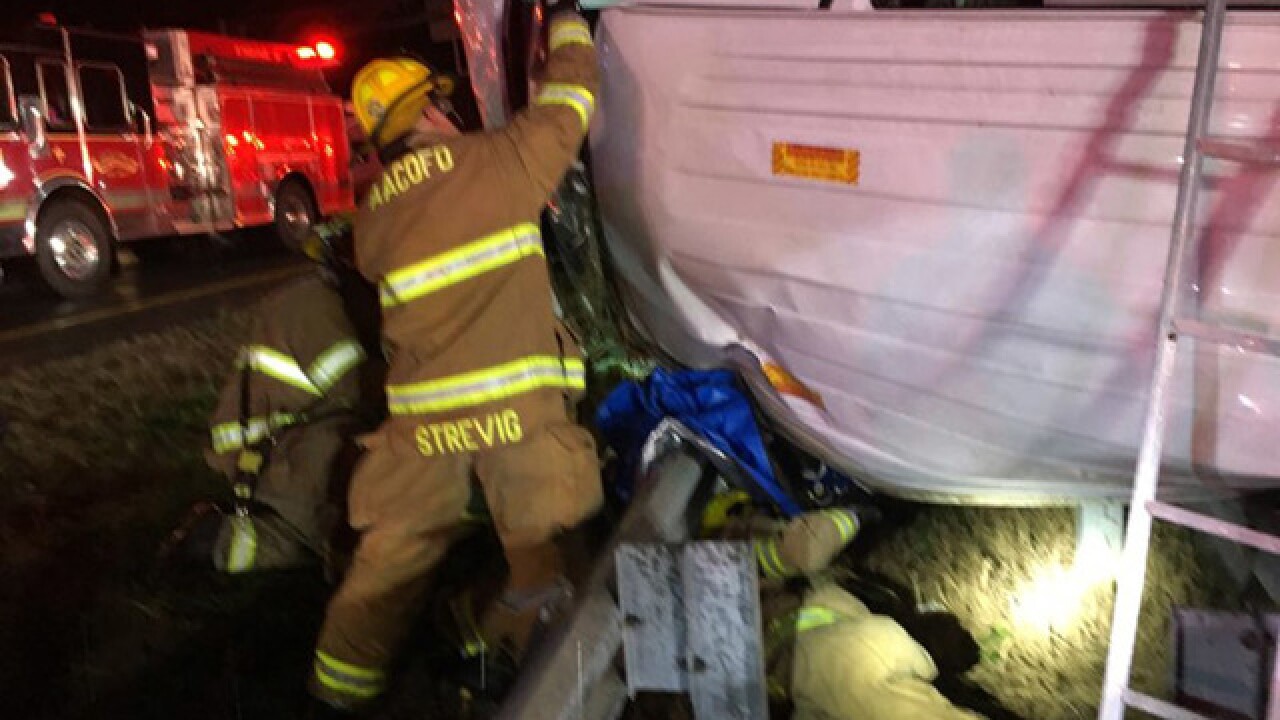 A man was trapped for about 25 minutes in a van he was driving when it rolled over during a single-vehicle crash on I-97 in Millersville Monday, the Anne Arundel County Fire Department said.

Firefighters responded to the accident in the area of I-97 and Route 32 at about 5:35 p.m. The call was for a "cargo style van" that had rolled over multiple times and come to rest on the guardrail in the median of the highway.

Firefighters found the van on its side when they arrived. The 40-year-old male driver was the lone occupant of the van. After being extricated from the van, he was taken to R Adams Cowley Shock Trauma with injuries that were not considered to be life-threatening, though still serious, firefighters said.