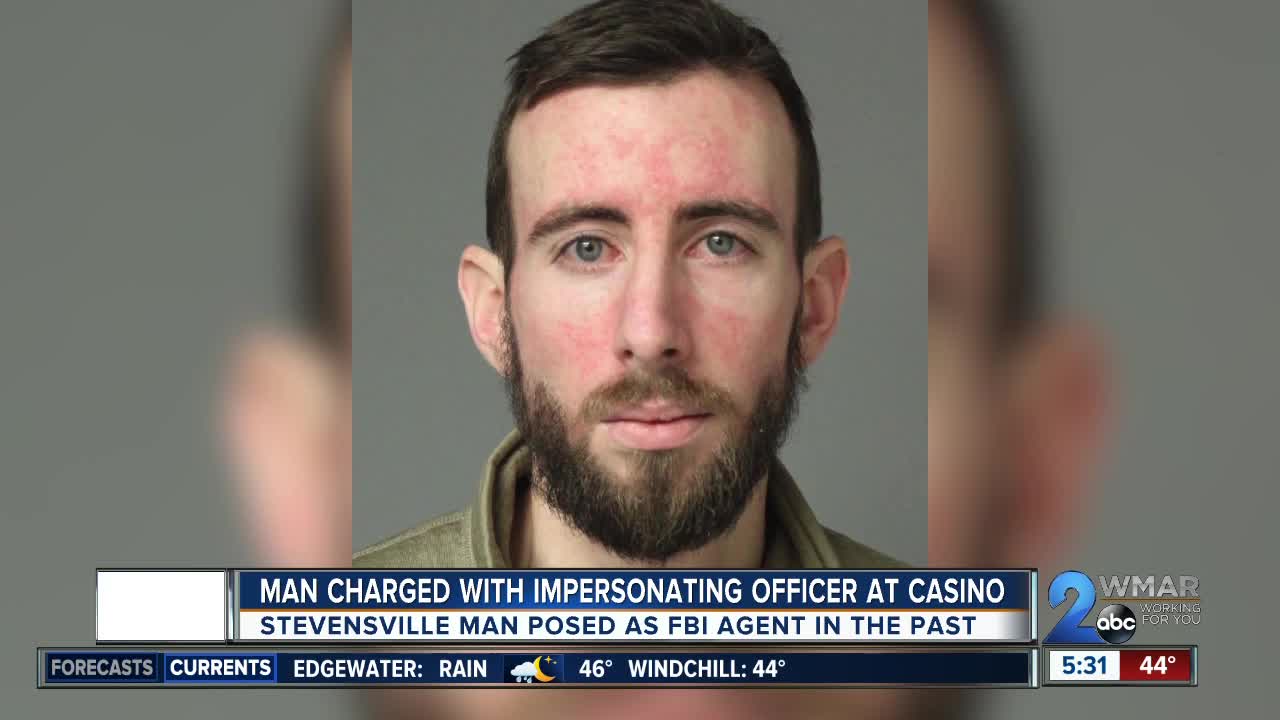 Where you find casinos in Maryland, you find money---hundreds of millions of dollars each year, and plenty of security.

ANNAPOLIS, Md. — Where you find casinos in Maryland, you find money---hundreds of millions of dollars each year, and plenty of security.

When Eric Kappesser walked into Maryland Live! Casino on Saturday, he caught their attention the second he took off his jacket.

"Security personnel noticed he is wearing a handgun that's holstered, has what appears to be a ballistic vest, some sort of police-style vest with a badge on the front left breast pocket,” said Marc Limansky with the Anne Arundel County Police Department, “so they approach him and explain to him that he can't be in the casino while being armed even if he is a police officer."

According to charging documents, Kappesser identified himself as a law enforcement officer and asked a guard where he could get a drink before going on duty.

When a second security officer approached him at a gaming table, he changed his story.

"He told them when he was there that day that he was part of Army CID, some sort of Army law enforcement," said Limansky.

The security officers took down the Stevensville man's information and asked him to leave the casino without incident, but later notified the real police who arrested him two days later.

We've now learned a grand jury in Delaware indicted Kappesser on charges that he posed as an FBI agent and even asked for a law enforcement discount while buying firearm accessories a few years ago.

His conviction on an impersonation charge last year apparently didn't prevent him from playing the role of fake cop again, this time at one of the most secure businesses in the state.

"It's unusual and it's really hard to ascertain what's going on in someone's head when they decide to do something of this nature," said Limansky.

At this point, officers have recovered an airsoft gun from the suspect, but they are not sure if it is the black, semi-automatic handgun he was wearing in plain view on his hip when he walked into the casino over the weekend.