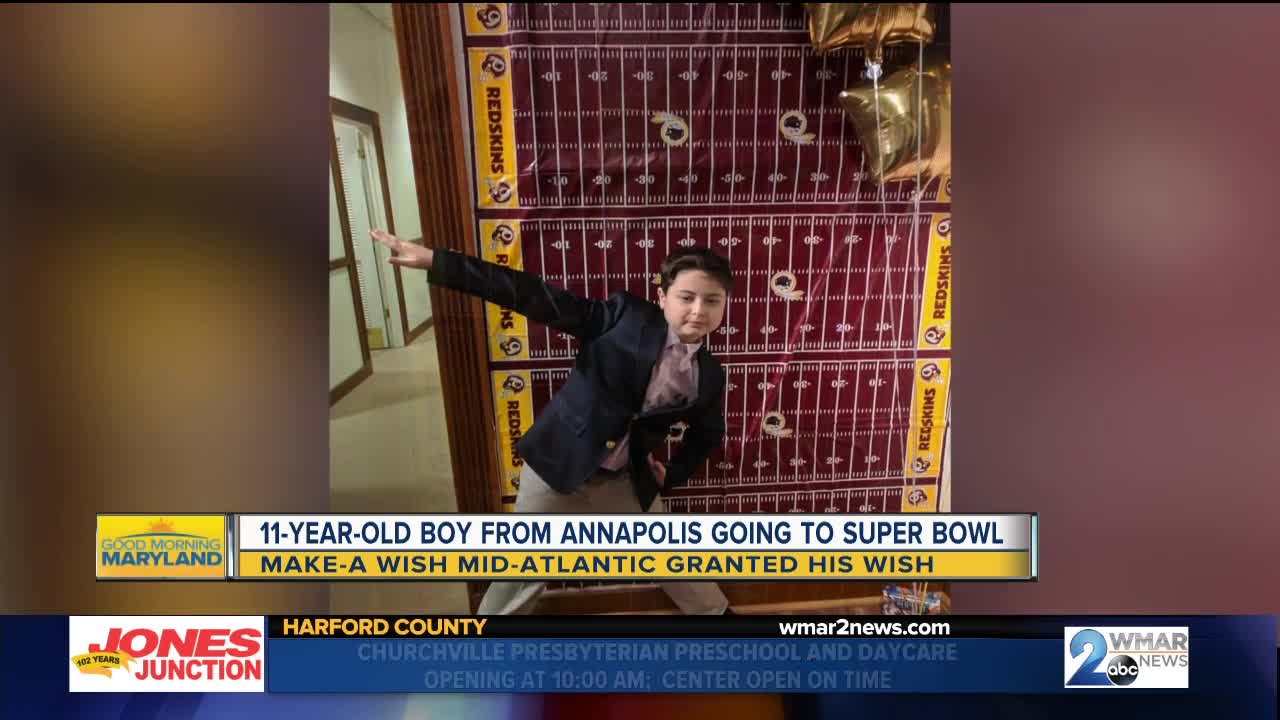 An Annapolis 11-year-old will get a once of a lifetime experience at one of the biggest sporting events of the year thanks to the Make-A-Wish Foundation. 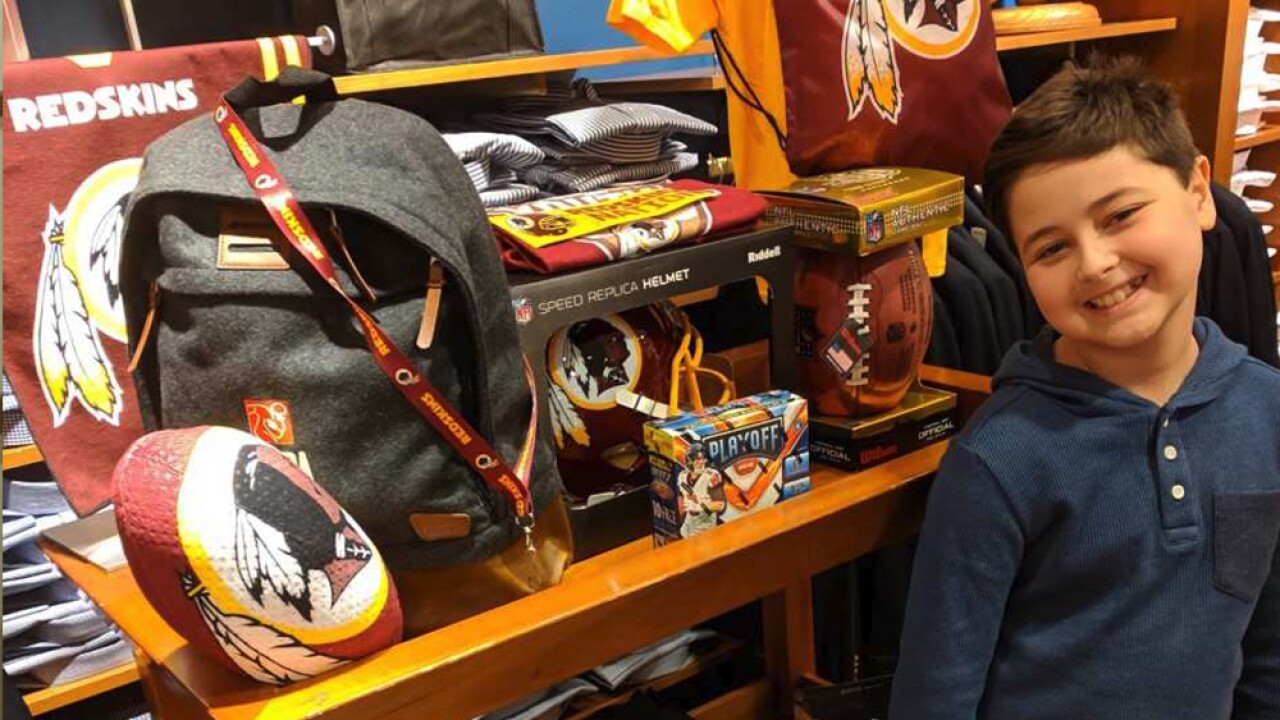 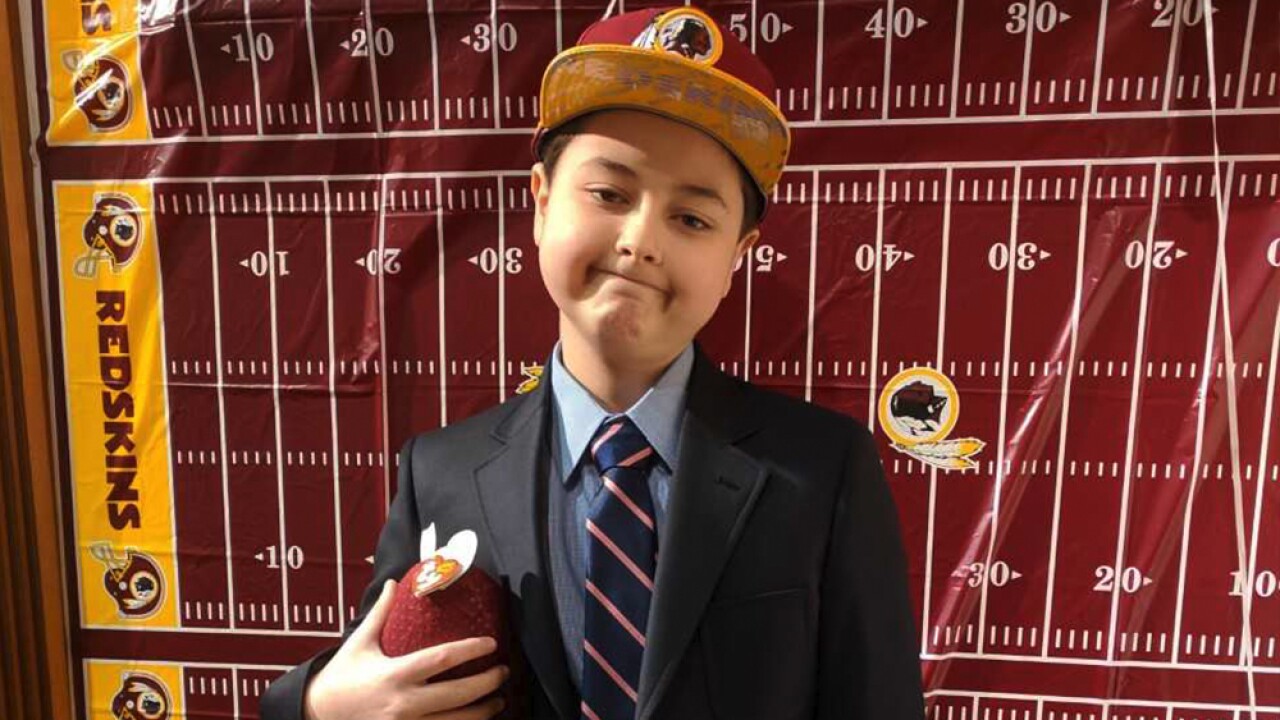 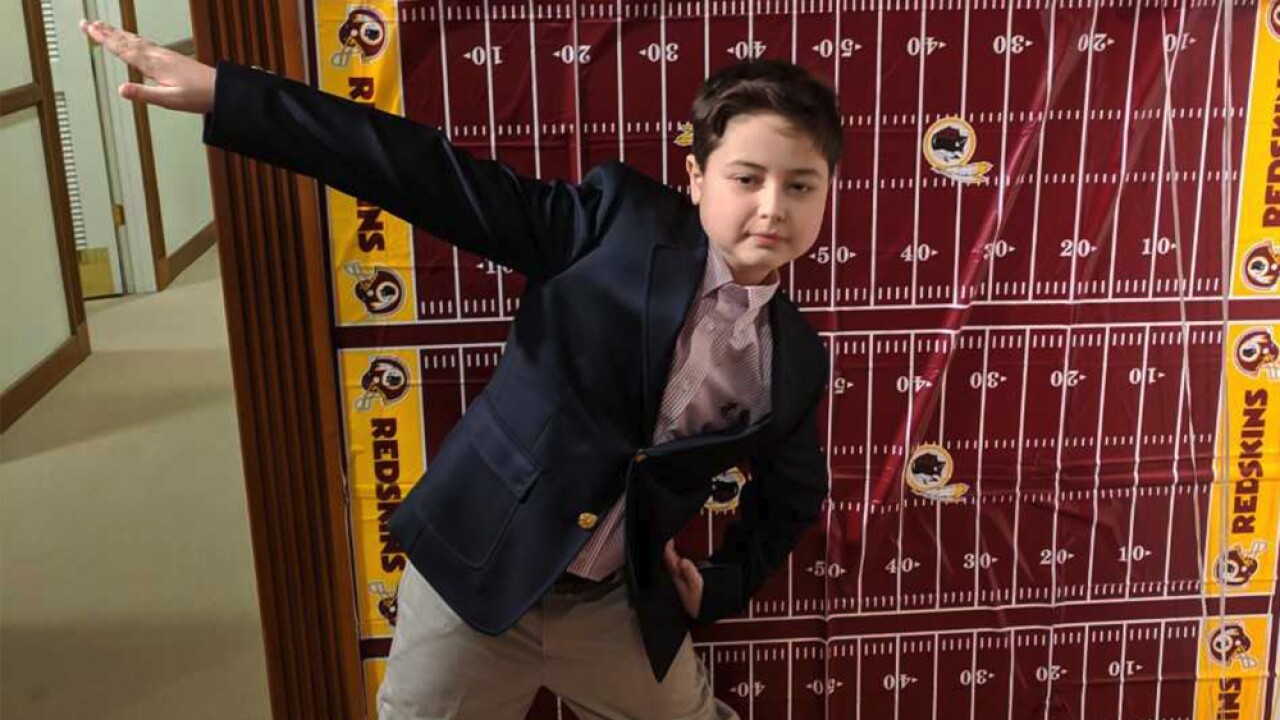 ANNAPOLIS, Md. — An Annapolis 11-year-old will get a once of a lifetime experience at one of the biggest sporting events of the year thanks to the Make-A-Wish Foundation.

Make-A-Wish announced they are sending 16 kids from 11 different states, in addition to Washington D.C. and Canada, to Atlanta to see the New England Patriots and LA Rams face off in the Superbowl.

Of those 16 is 11-year-old Elliot from Annapolis who has Leukemia.

“We are so excited for Elliot because we know that these wishes are an incredibly powerful form of medicine that not only makes kids feel better, but can also impact their quality of life and health outcomes,” said Lesli Creedon, President and CEO of Make-A-Wish Mid-Atlantic.

Elliot's once in a lifetime weekend starts on Thursday at the welcome reception at Dace & Buster's. Then he and the other kids, as well as their families, will receive a private, behind-the-scenes tour of Mercedes-Benz Stadium, spend time with past and present NFL players, and watch as the NFC Champion Los Angeles Rams and AFC Champion New England Patriots face off in person.

Make-A-Wish has been sending kids to the Superbowl since 1982 when the NFL granted the wish of John Paul Serna, a 12-year-old Arizona boy. This was the 9th wish ever in Make-A-Wish history.

Make-A-Wish says they have sent a kid to the Super Bowl for the past 38 years, totaling more than 200 wishes.