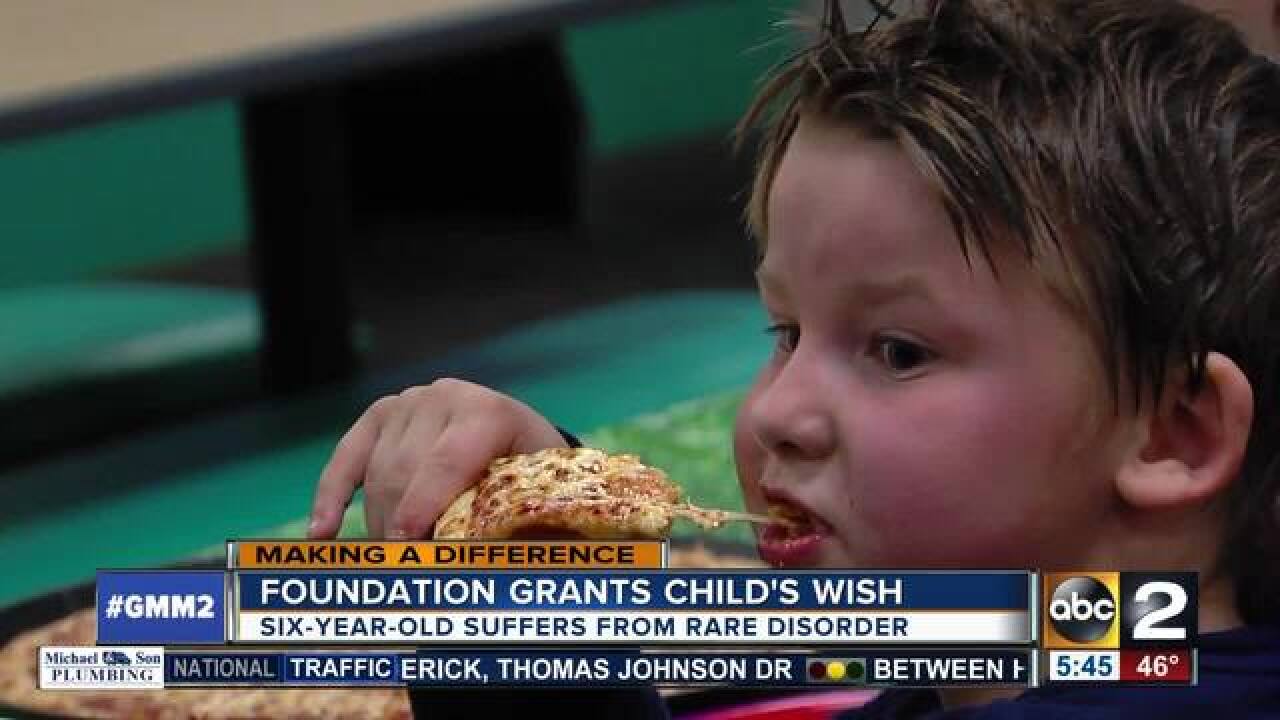 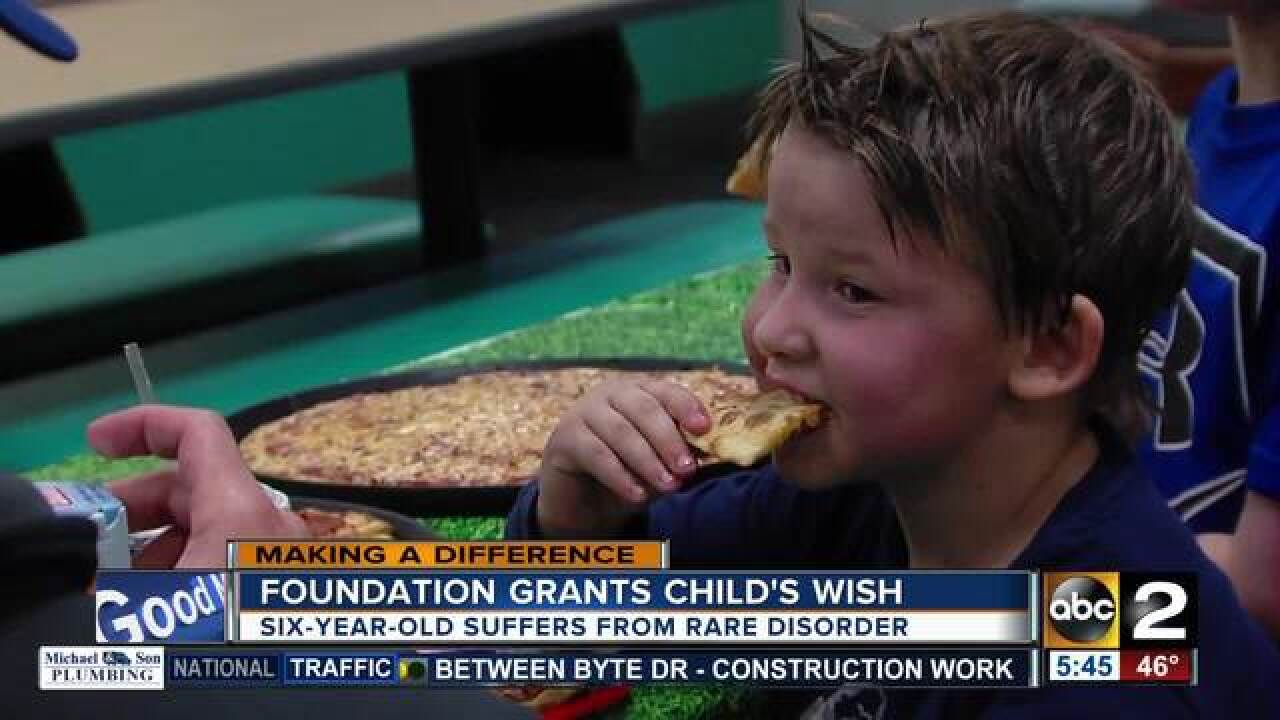 It is a wish come true for a child who suffers from a life-threatening disorder called Diamond-Blackfan anemia.

Callum, a 6-year-old from Chestnut Hill Cove, found out that he is going to Disney World. He is looking forward to riding the rides and meeting his favorite characters: Pluto and Iron Man.

The trip is thanks to the Mid-Atlantic chapter of the Make-A-Wish Foundation.

"He's doing well right now. If you see him, he's running around enjoying his time here at Chuck E. Cheese. It's really an honor to be able to grant wishes to children like Callum with life-threatening medical conditions," said Kellie Wyatt, Make-A-Wish Mid-Atlantic Spokesperson.

Diamond-Blackfan anemia is a disorder or the bone marrow resulting in a low amount of red blood cells.

According to Genetics Home Reference, approximately half of individuals with the disorder have physical abnormalities. More information is available on their website.