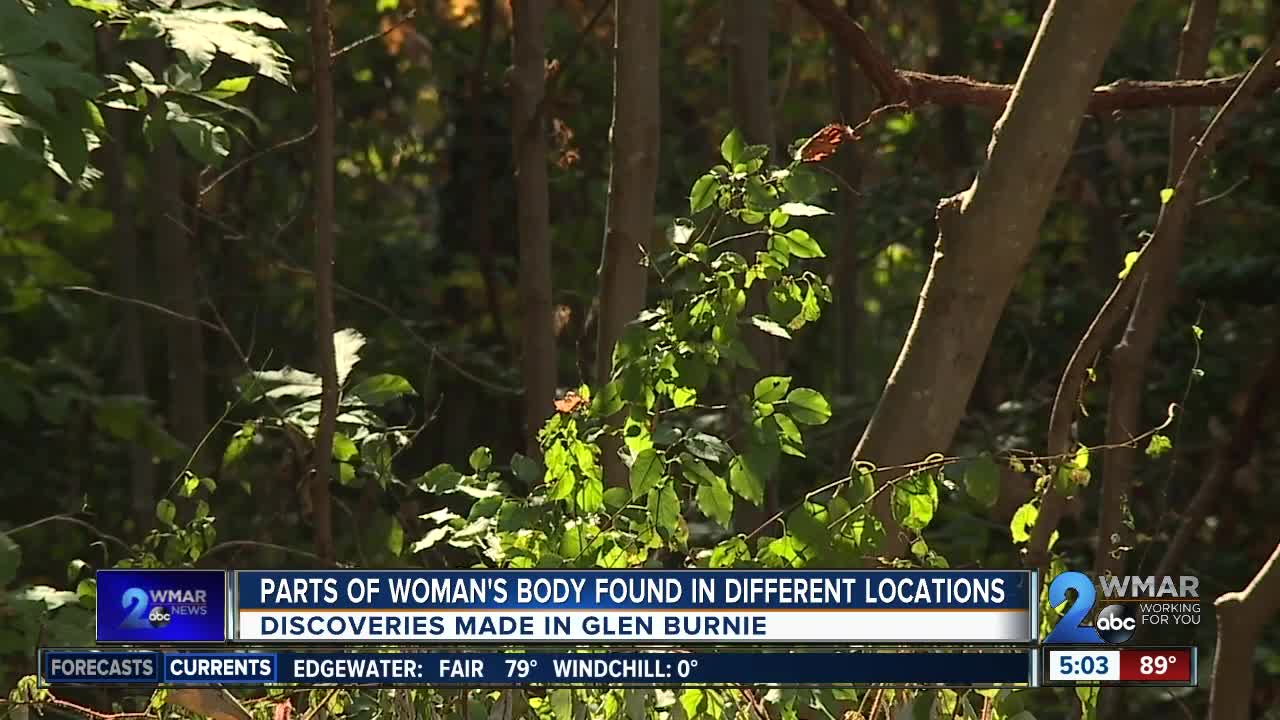 An investigation is underway after parts of one woman's body were found in two different wooded areas near apartment complexes.

GLEN BURNIE, Md. — An investigation is underway after parts of one woman's body were found in two different wooded areas near apartment complexes.

There police met with a maintenance worker who told them a body had been found.

Detectives and evidence collection units responded to process the scene. Police say some items were found and taken from the scene for examination.

Investigators think the woman had been dead for several weeks.

Then on Tuesday about a mile away, officers got a second call for human remains being found, this time in the 400 block of Glen Mar Road.

Police believe the remains are of the same woman, and are working with other departments to solve the case.

The body was taken to the Medical Examiner where an autopsy will be conducted to identify the woman and her cause of death.