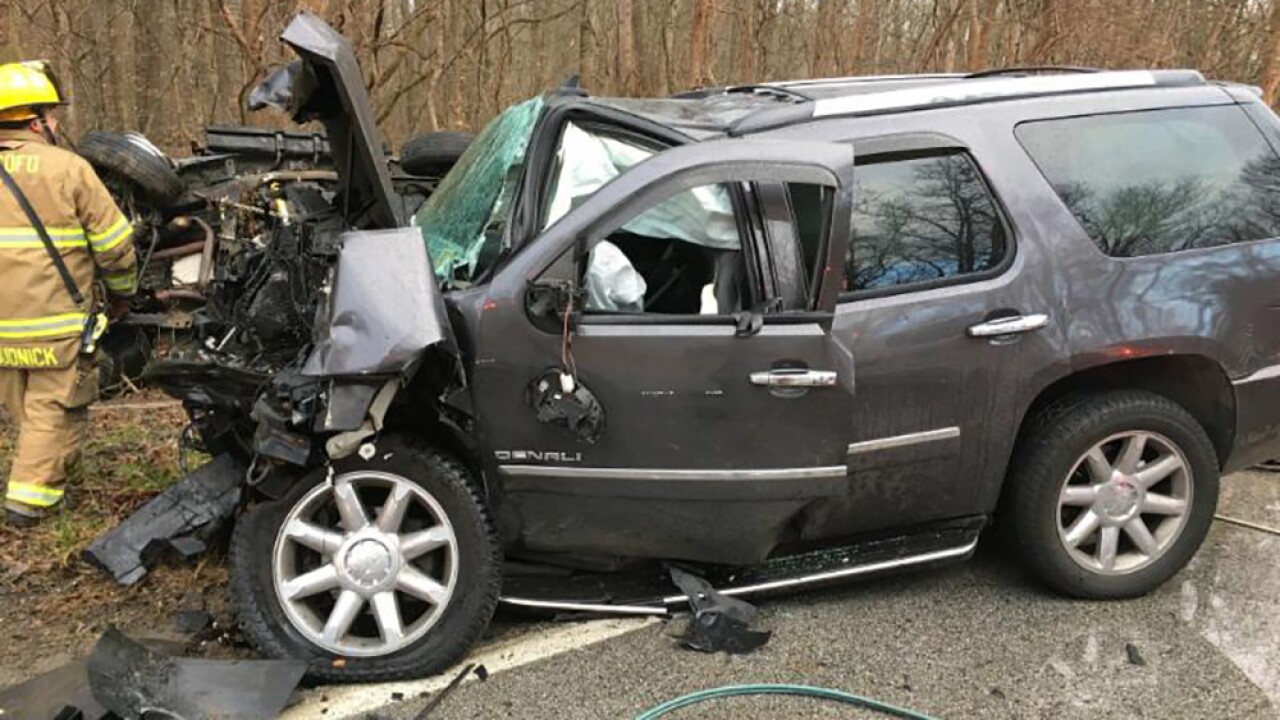 Both drivers were in serious condition following a head-on crash between two SUVs in Odenton. (Photo courtesy of the Anne Arundel County Fire Department.) 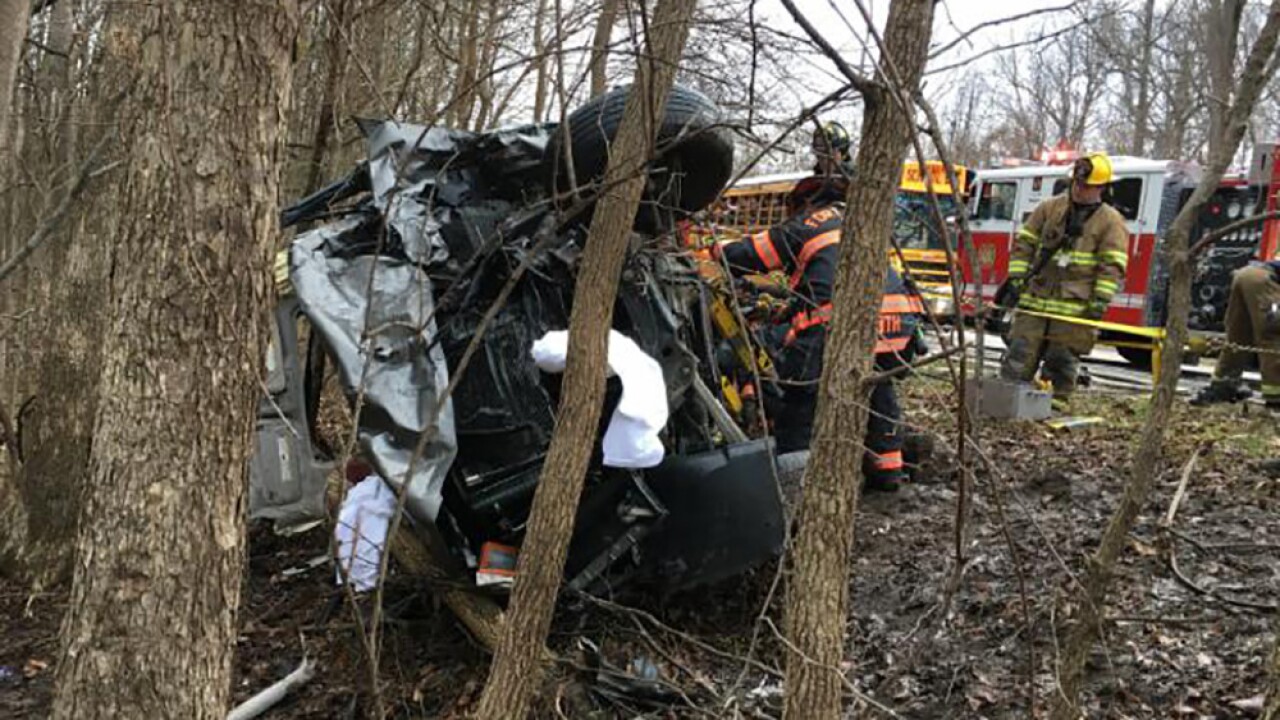 ODENTON, Md. — Both drivers are in serious condition following a head-on collision in Odenton, the Anne Arundel County Fire Department.

Firefighters responded to the accident in the 8900 block of Piney Orchard Parkway, near Patuxent Road, at about 3:23 p.m. Wednesday. Firefighters learned it was a head-on collision with occupants from both vehicles possibly trapped.

Once on scene, firefighters found the two SUVs. One had come to rest in the woods against a tree, with it’s 49-year-old female driver “heavily entrapped,” fire officials said. Paramedics were able to extricate her and send her to R Adams Cowley Shock Trauma in Baltimore with serious, but not apparently life-threatening injuries.

The 19-year-old man driving the other SUV was able to get himself out of his wrecked vehicle before firefighters arrived. He was taken to Johns Hopkins Bayview with injuries that were considered serious but not life-threatening, firefighters said.

The drivers were the lone occupants of each vehicle.