Trailer erupts in flames next to State House in Annapolis 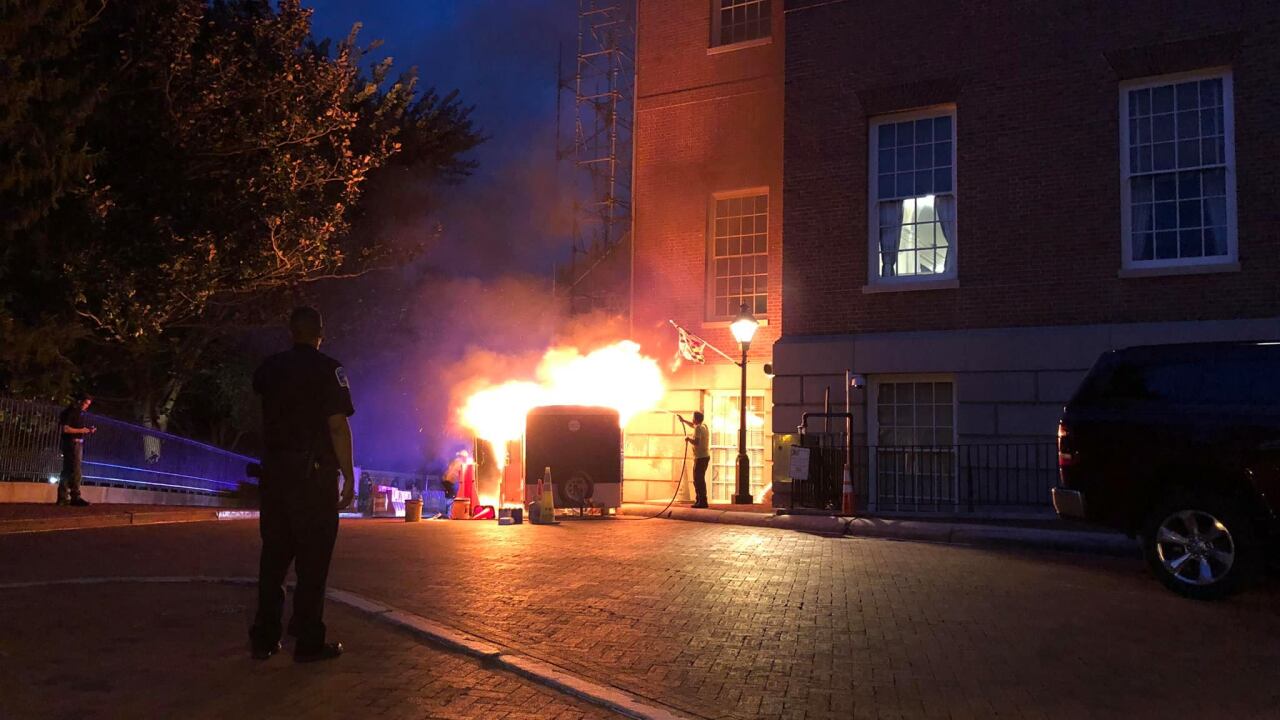 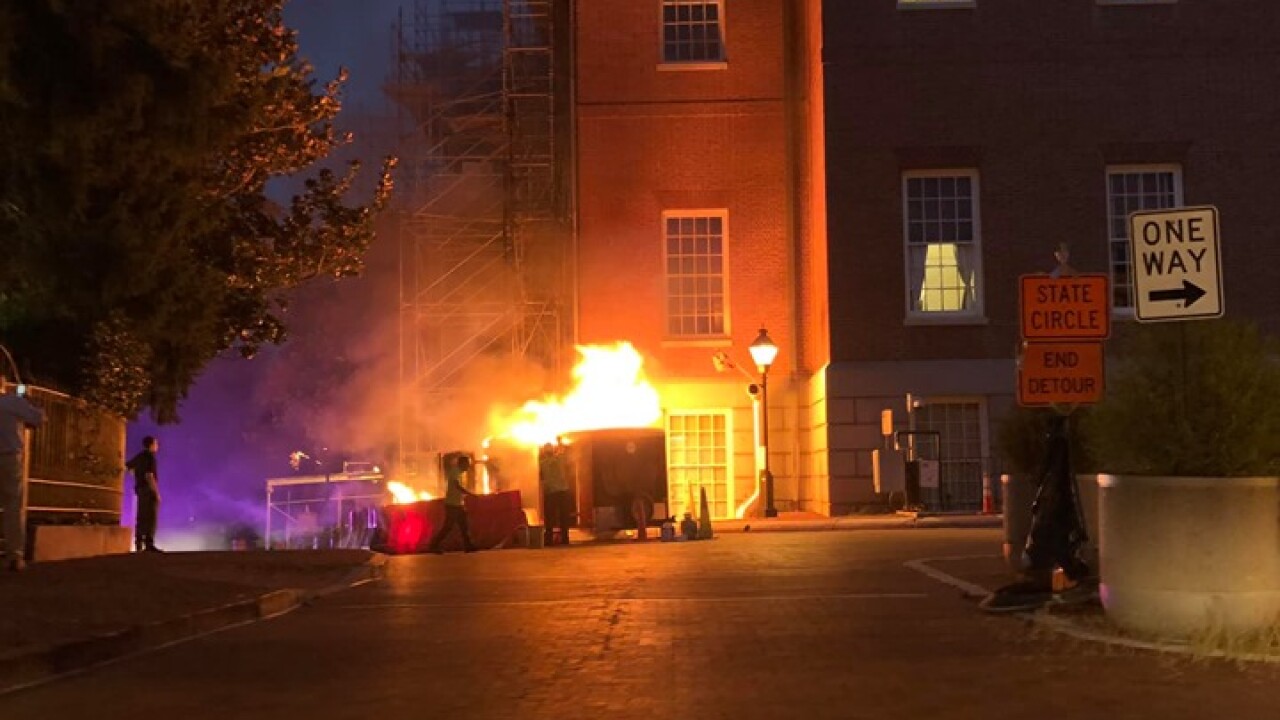 ANNAPOLIS, Md. (WMAR) — A trailer sitting within feet of the State House in Annapolis broke out in flames Thursday evening

It happened sometime after 8 p.m. in the 100 block of State Circle.

Mike Ricci, Communications Director for Governor Larry Hogan says the fire was put out and the Governor was briefed on the situation.

No injuries were reported, and it's not believed the fire extended to the State House itself.

The State Fire Marshal was called to investigate the cause.

This is a breaking news story. We will update this article as soon as more information becomes available.