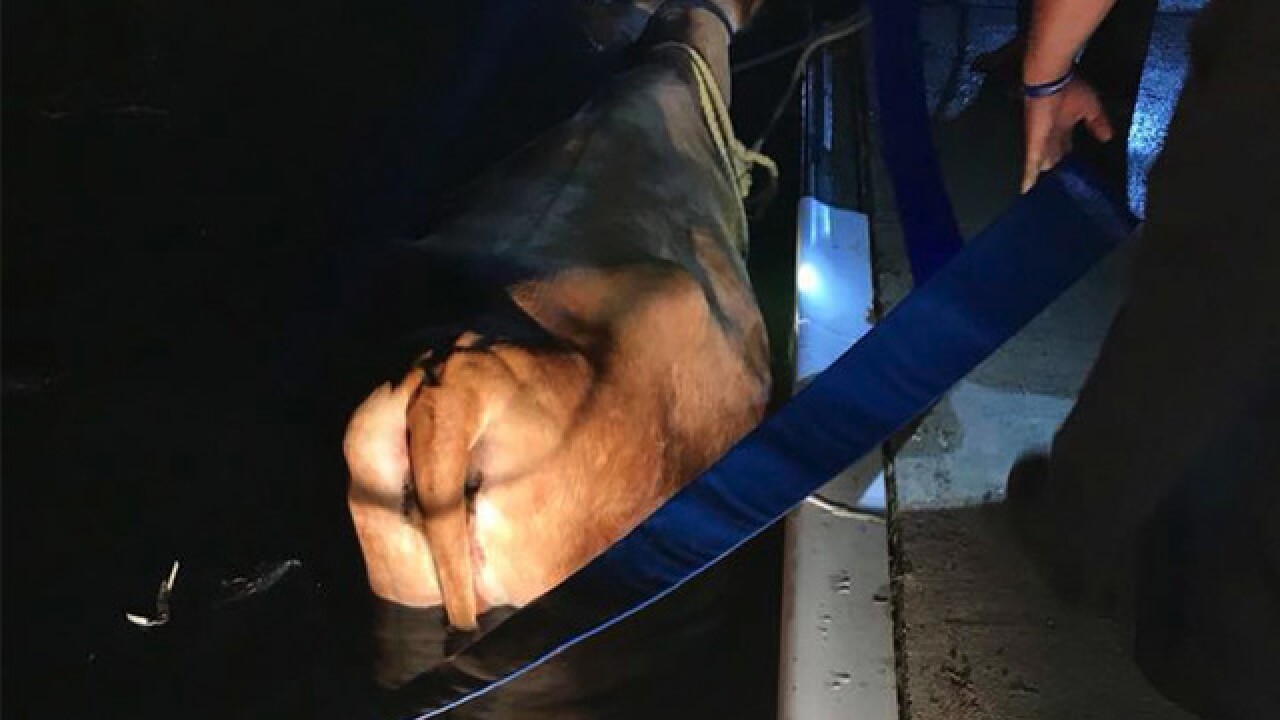 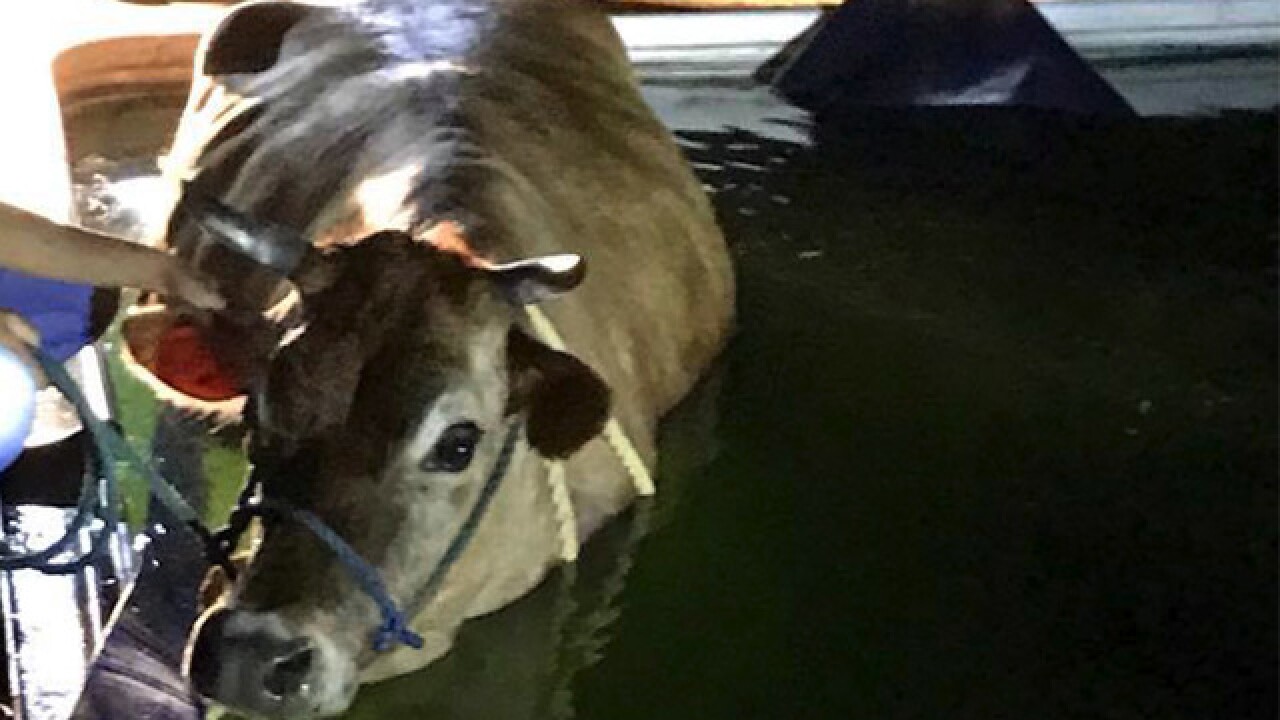 A cow had to be rescued by firefighters after she had a hard time 'mooooving' on Tuesday.

The cow reportedly fell into a pool in the 3800 block of Birdsville Road and couldn't get out. It took multiple crews, and the homeowners, about an hour and a half to create make-shift stairs made out of cinderblocks to get the cow out of the pool.

But as soon as she was out, she was unable to get up on her own. Crews tried multiple things to get her up, with no luck. Eventually, they built a harness made out of fire hoses to lift her with a tractor and move her to a pasture.

At last, she was able to stand on her own and be free.

Officials say it took around three hours total to get the cow out of the pool and move her.