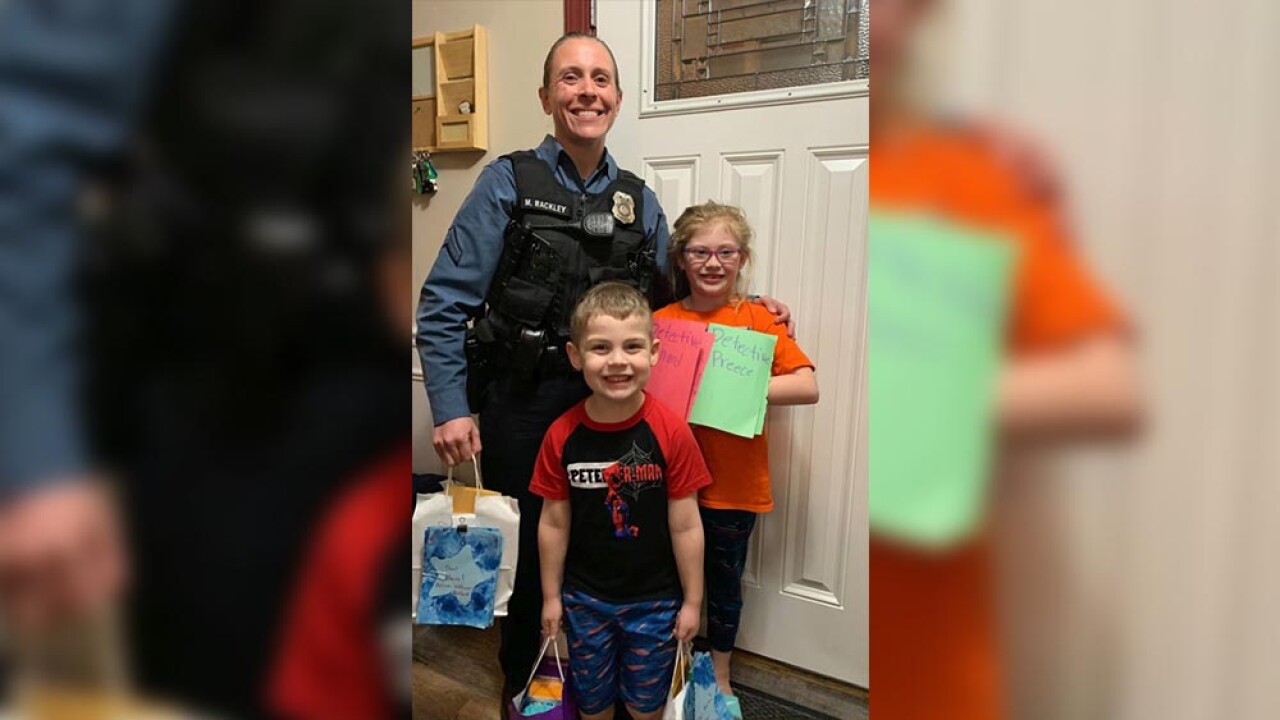 On Thursday police said two area elementary school students did quite the gesture for Detectives Scott Ballard and Ian Preece.

Abigail is a second grader at Fort Smallwood Elementary School. She and her classmates each personally wrote get well cards to be sent to the detectives. On top of that, Abigail's Girl Scout Brownie Troop 195 provided cookies for the detective and officers in the Eastern District.

Then there is Hayden, who is in pre-kindergarten at St. Jane Frances. He and his fellow students also wrote cards for the detectives.

Ballard and Preece were wounded last Wednesday after trying to pull over 22-year-old Joseph Willis, who was allegedly driving a murder victim's stolen car.

Their shooting sparked an overnight manhunt that caused a neighborhood to be on lock down and area schools to close.

Both detectives were released from the hospital on February 9 and are recovering at home with their families.

In their honor, community member Amanda Hammond has set up a GoFundMe page, which has the support of the Anne Arundel County Police Department and the family of the detectives.

All donations will go directly to The 100 Club of Anne Arundel County.

On February 23, St. Jane Frances Church in Anne Arundel County will be holding a blood drive for the sacrifice and courage shown by Ballard and Preece.

The drive will go on from 8 a.m. to 1 :30 p.m. in the church/ school hall of the building with lunch provided. To schedule your donation, click here.