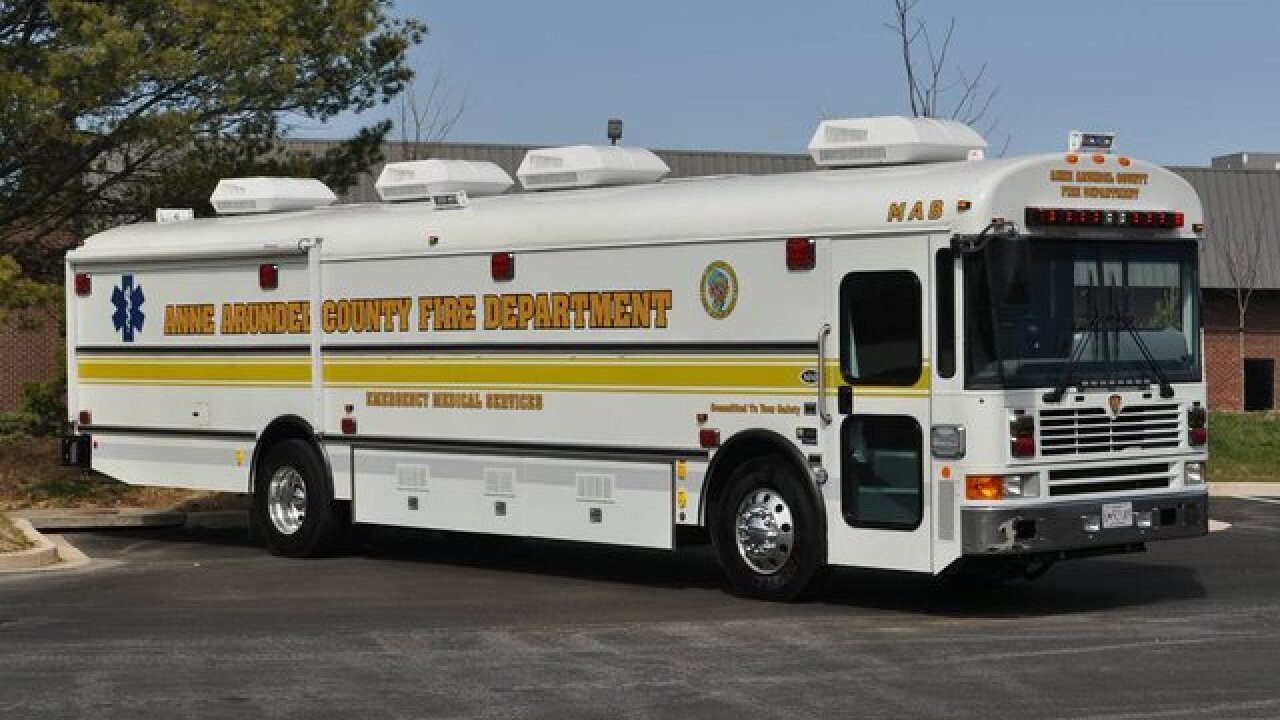 Twelve people are hospitalized after a carbon monoxide leak inside a home.

The Anne Arundel County Fire Department received a call just before 5 p.m. on Wednesday for a man complaining about chest pains in the 1500 block of Ringe Road in Severn.

While they were evaluating the patient, a small carbon monoxide detector attached to a medical bag alerted the paramedics there was a high level of carbon monoxide in the home. The first responders and residents were then evacuated and additional resources were called to the scene.

Investigators found carbon monoxide levels in the upper 30 ppm. According to detectcarbonmonoxide.com, Normal air has a 0 ppm, 9 ppm is the maximum recommended indoor CO level, 10-24 ppm has possible health effects with long-term exposure, and 25 ppm is the maximum exposure for an eight hour work day.

There is no word on what led to the leak.

Carbon Monoxide is often referred to as the invisible killer because it is odorless, colorless and is created when fuels burn incompletely. CO enters the body through breathing and symptoms can be confused with flu symptoms, food poisoning, and other illnesses.

Some symptoms can include shortness of breath, nausea, dizziness, feeling light-headed or a headache. High levels of CO can be fatal, causing death within minutes.