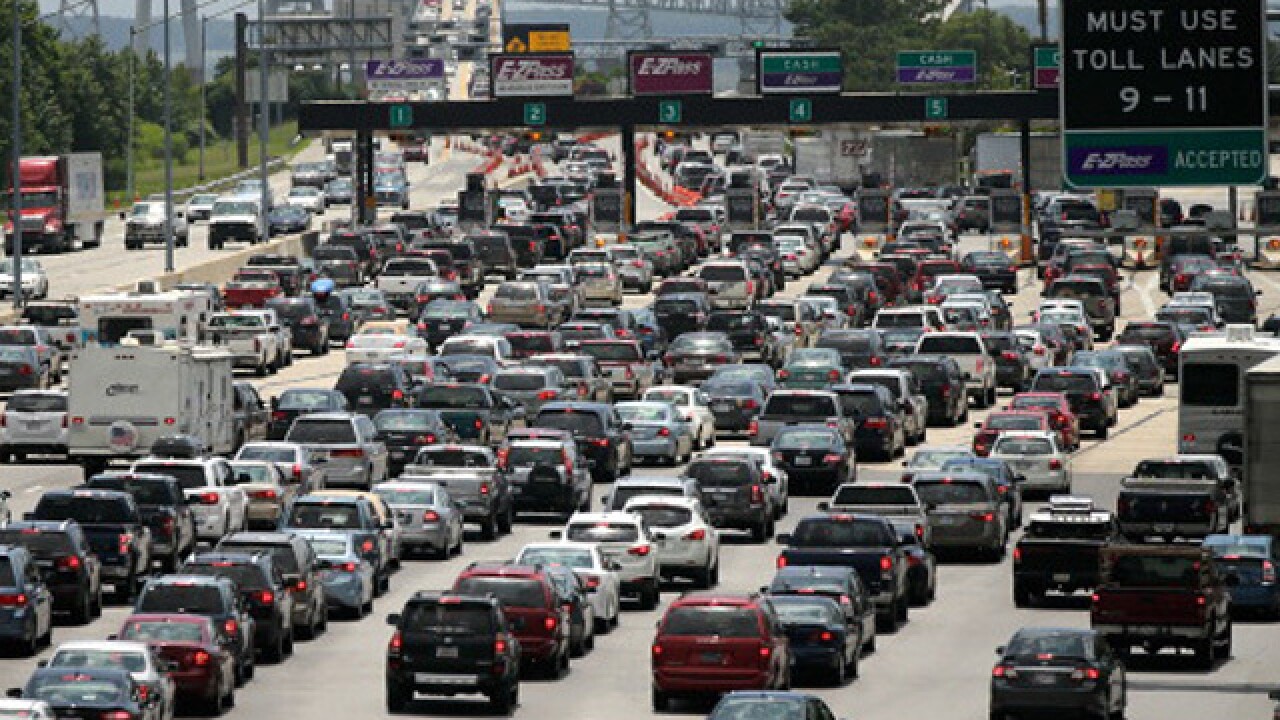 ANNAPOLIS, Md. — A nearly year long project to replace the deck surface of the Bay Bridge's right lane of the westbound span kicked off last week, resulting in brutal traffic and endless complaints.

Now the Maryland Transportation Authority says they're taking steps to relieve at least some of the congestion.

On Thursdays and Fridays from noon to 10 p.m., the Bay Bridge will go to a cashless toll system for the remainder of the project.

This means drivers without an E-Zpass will be allowed to go through the toll plaza without stopping, and instead be mailed a $4.00 bill.

Also on Thursday's and Friday's in the case of a severe traffic backup and weather permitting, MDTA says they will allow two-way operations for drivers to travel eastbound and westbound on the westbound span at reduced speeds of 25 to 35 mph.

In those cases, three eastbound lanes and one westbound lane will be opened for only a short period of time to reduce congestion.

RELATED: Right lane on westbound side of Bay Bridge closes around the clock through April 2020

Two-way traffic operations on the bridge had been halted since September 24 and is expected to last until at least October 5.

Meanwhile, the right side westbound lane will remain closed around the clock through April 2020.

The Maryland Transportation Authority still plans to shut down the entire westbound side of the bridge overnight to give workers a safe zone to restripe the three lanes.

Two-way traffic will operate on the eastbound side during the full westbound closures.