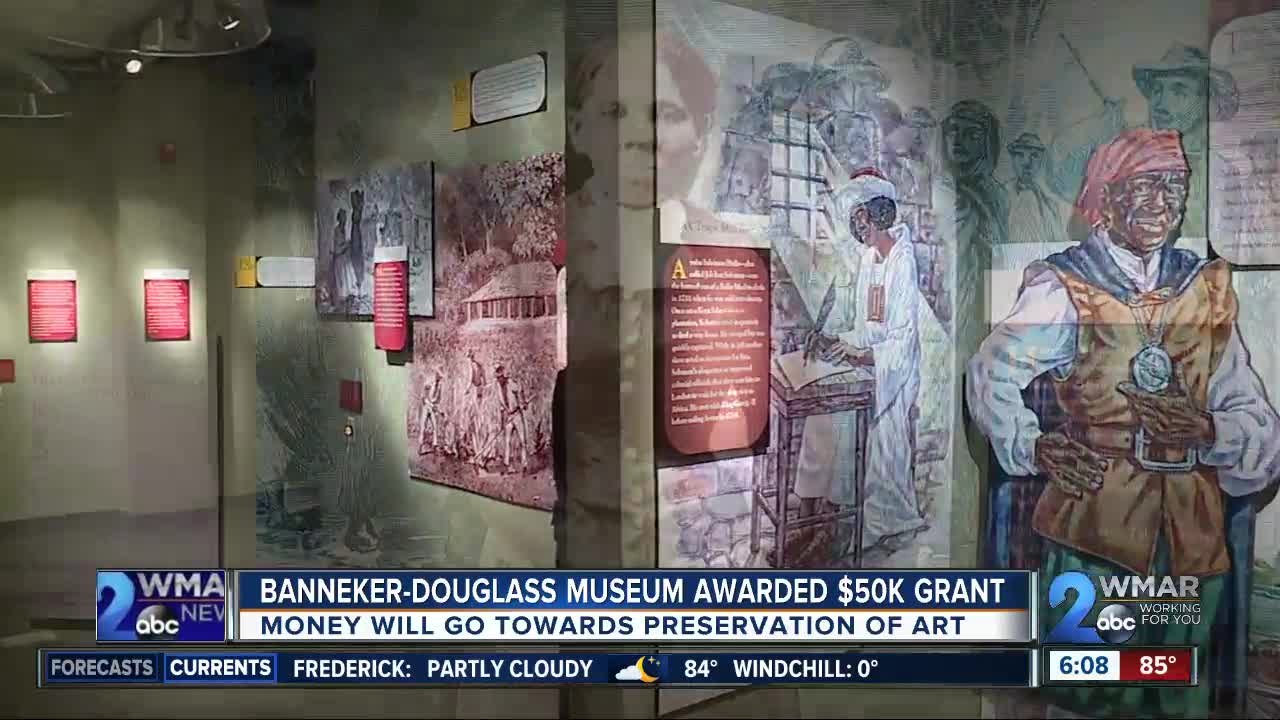 On the surface, the Banneker-Douglass museum operates like any other -- pieces are everywhere highlighting and showcasing African-American artifacts. But it's behind a door on the third floor that has staffers concerned.

ANNAPOLIS, Md. — On the surface, the Banneker-Douglass museum operates like any other -- pieces are everywhere highlighting and showcasing African-American artifacts.

But it's behind a door on the third floor that has staffers concerned.

"Some of it is just on tables, unfortunately some things are on the ground, so there's little to no preservation -- thinking about preservation, 50 years from now, these objects might not be where they can be seen by the next generation," said Schillica Howard, curator at the museum.

"Receiving this grant has allowed us to develop to storage for our fine arts and African arts collection," Howard said.

The Institute of Museum and Library Services awarded the library with the grant, one of 14 in the entire country.

It's an honor and a call to preserve African-American art in Maryland says Chanel Compton, the museum's executive director.

"The space is going to afford us the opportunity where we can have visiting scholars, and curators come and actually utilize our collection and storage facility because it'll be an actual professional space," said Compton.

The space will have climate controlled rooms and shelving for the small objects -- whatever is needed to keep the museum's past, present, and future intact.

"We might not be on the same funding level as say the national museum or even the Reginald F. Lewis Museum, but it shows that when it comes to museum practice, we have a professional staff, we have a commission, we have an agency, and a body of people that's dedicated to doing the work," Compton said.

The renovations are scheduled to be complete in 2020.