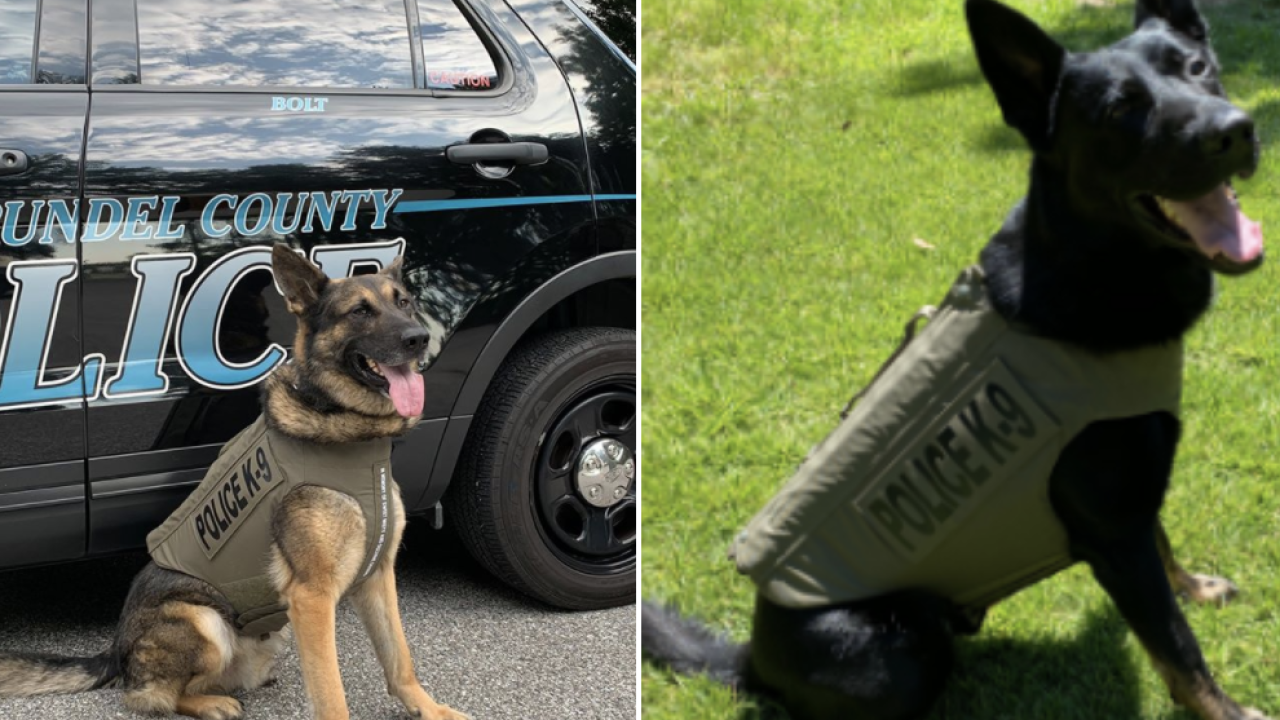 K9s Bak and Bolt have received bullet and stab protective vests thanks to a charitable donation from non-profit organization Vested Interest in K9s, Inc.

Vested Interest in K9s, Inc., established in 2009, is a 501(c)(3) charity whose mission is to provide bullet and stab protective vests and other assistance to dogs of law enforcement and related agencies throughout the United States.

The potentially lifesaving body armor for four-legged K9 is U.S. made, custom fitted, and NIJ certified.

Since its inception, Vested Interest in K9s, Inc. has provided over 3,970 vests to K9s in all 50 states at a value of $6.9 million, made possible by both private and corporate donations.

The program is open to U.S. dogs that are at least 20 months old, actively employed and certified with law enforcement or related agencies.

K9s with expired vests are also eligible to participate. There are an estimated 30,000 law enforcement K9s throughout the United States.