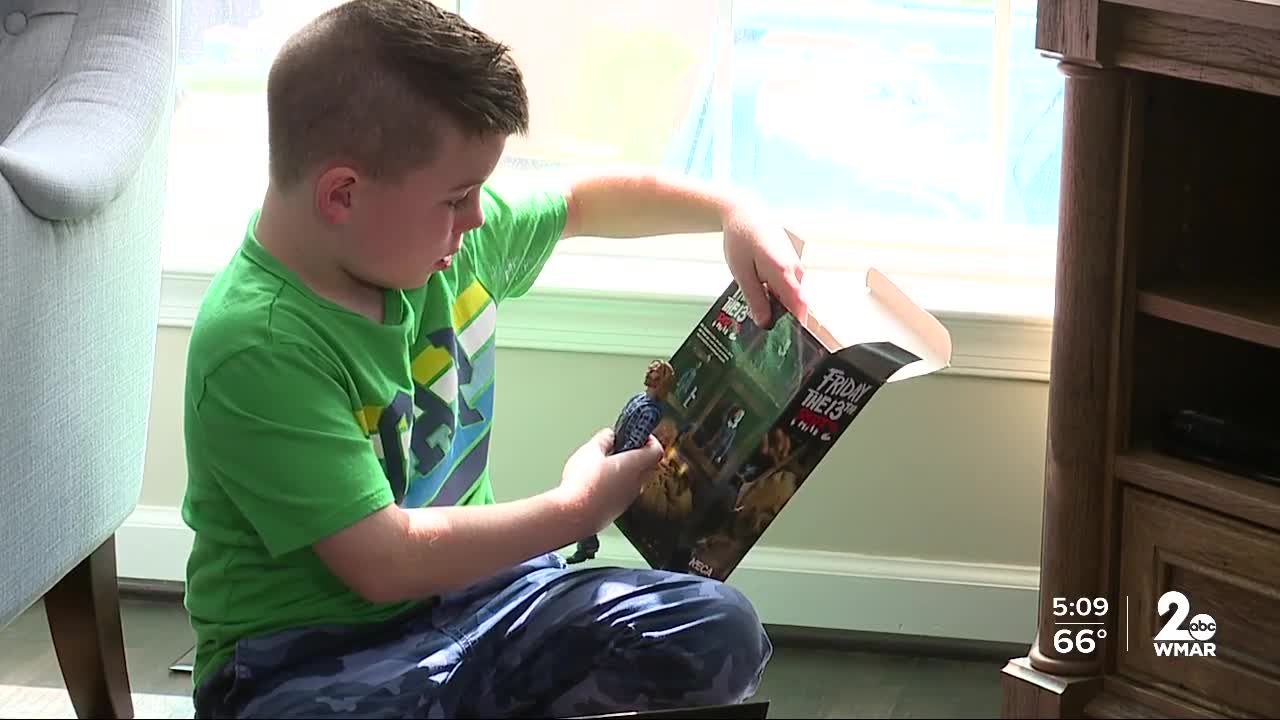 PASADENA, Md (WMAR) — It’s an extremely rare syndrome… only 700 people world wide have been diagnosed with Wiedemann-Steiner syndrome. One child lives right in Anne Arundel County and his family is trying to raise awareness about it.

8-year-old Alex Ihnat is eager to show off his Friday the 13th toy his friend gave him. Though he's never seen the movie, Jason is his favorite character.

"This is typical of an 8-year-old boy so we encourage it," said mom Faith Ihnat. "We are just happy that he finds hobbies."

Because a lot of Alex’s life isn't typical.

"I have Wiedemann-Steiner," said Alex.

Wiedemann-Steiner Syndrome is a very rare genetic disorder caused by a spontaneous mutation that effects every aspect of life. From physically...

"He had severe acid reflux. He wasn’t growing," said Faith. "We basically lived at the doctors office... His heart surgery was done at 18 months old."

"I think a lot of that stems from not being able to communicate how he was feeling. If he was frustrated, if he was upset or angry," said Faith.

Undiagnosed for 4.5 years, endless surgeries and doctor appointments, and years of therapy are just the tip of the iceberg for him and his family. And still he’s such a happy guy. Sometimes you’d never know his struggles.

"There’s something about him that is a light and that makes people smile and he attracts people to him," said Faith.

Alex was the 42nd person in the entire world to be diagnosed with Wiedemann-Steiner. Now there’s just over 700 cases worldwide.

Because of how rare it is, not many people knew what he was going through until Faith shared his journey on Facebook ahead of the national awareness day for the syndrome.

She’s speaking out to raise awareness not just for Wiedemann-Steiner, but for all rare syndromes; asking for patience for kids who are different.

"Especially if they physically don’t display those traits, that doesn’t mean that they have an easy time at life," said Faith.

She started a fundraiser to support research and development because there are still so many unknowns with this syndrome. But one thing she does know: her boy is rare, special, as she calls him: Super Alex.

All the money she raises is going to the Wiedemann-Steiner Syndrome Foundation. You can also donate to them directly.