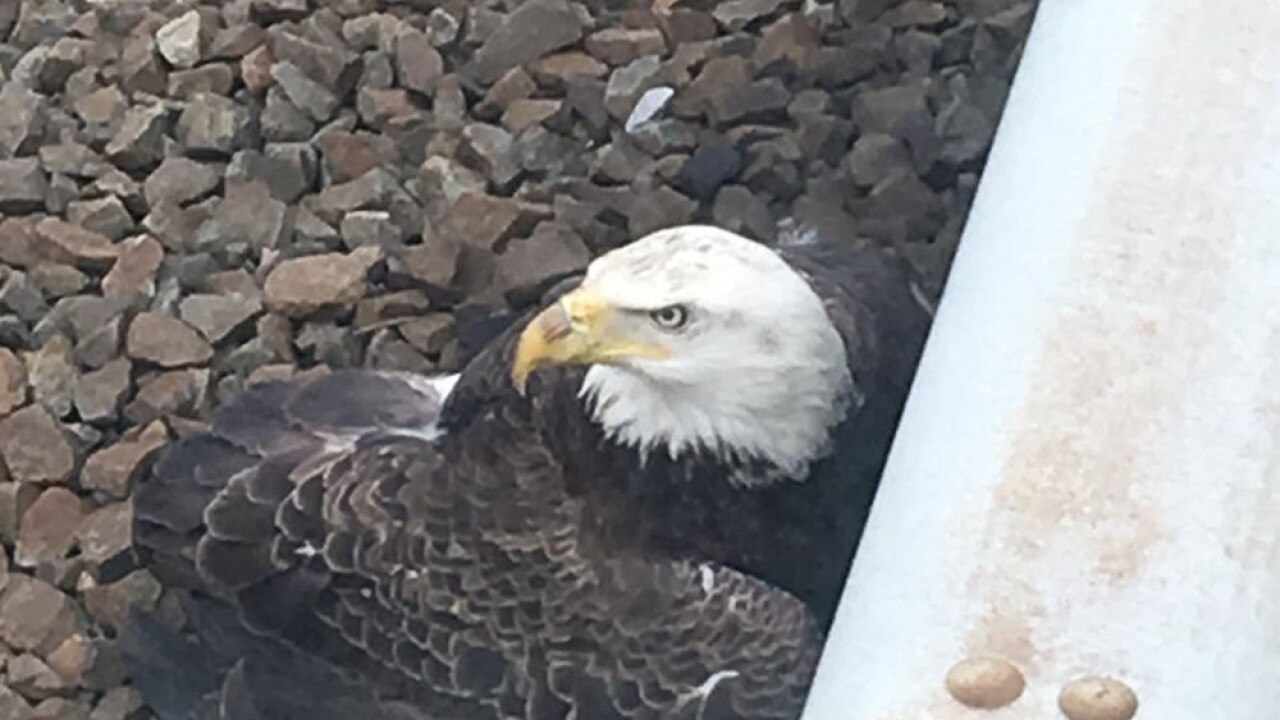 PRINCE GEORGE'S CO., Md. — An injured bald eagle got himself in a bit of mess on the train tracks near Addison Road Station in Walker Mill Wednesday afternoon.

According to Metro authorities, the bald eagle was found stuck on the tracks, so officials called MTPD and wildlife personnel to perform a rescue.

The Blue and Silver metro lines were rerouted as crews worked to save the bird from the unfortunate predicament.

A couple hours later, the eagle was finally recovered from the tracks and was taken to D.C. City Wildlife for care.

D.C. City Wildlife shared an update on the bald eagle on Thursday afternoon saying due to multiple fractures in the bird's wing that cannot be repaired, experts decided to euthanize the bird.

They say they would have loved to save the eagle, but the injuries were too severe.