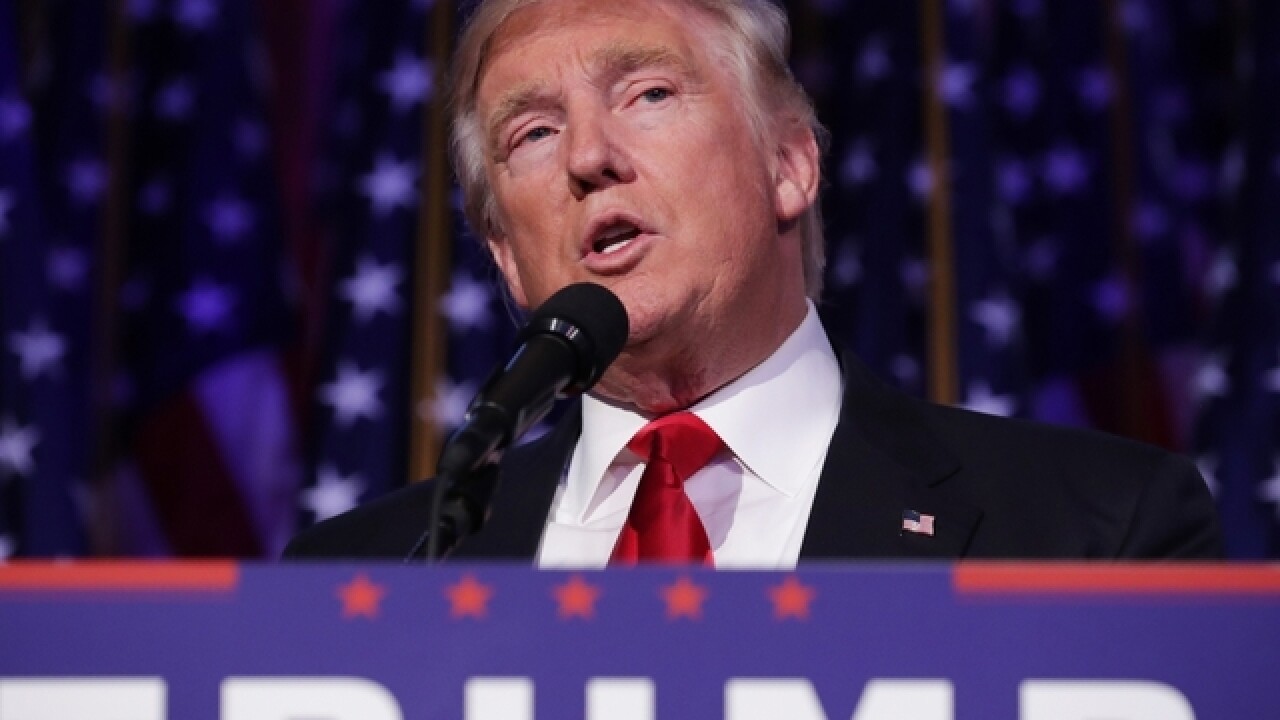 Donald Trump will be the next president. Here's what he says he'll do in his first 100 days.

The Affordable Care Act might be the first thing to go. More Americans have health insurance than ever before, but premium costs have also gone up, especially in states with less insurance competition. So Trump wants to get rid of it.

SEE MORE: Outside The White House, Fear (And Some Hope) After Trump's Win

"It's a disaster if we don't repeal and replace," Trump said in a debate.

Can he repeal it? He needs 60 votes in the Senate to overcome a filibuster. Republicans hold 53. But there's a decent chance they could pick up some Democrats.

Remember, voters gave a Trump-led Republican party not just the White House, but both houses of Congress to approve his plans.

Those plans also include appointing a new Supreme Court justice to fill Antonin Scalia's seat. Also, Trump could use presidential authority to put tariffs on imports from China. And they could retaliate, opening up a trade war. That would likely cost the U.S. millions of jobs and mean skyrocketing prices on a lot of household items, including phones.

And, of course, on immigration, there are huge effects. Trump has plans for the mass deportation of 11 million undocumented immigrants, and he plans to halt immigration altogether from many Middle Eastern nations. These things could pose a logistical challenge, but with the Senate and House in GOP hands, the main thing checking Trump's power will be other Republicans.