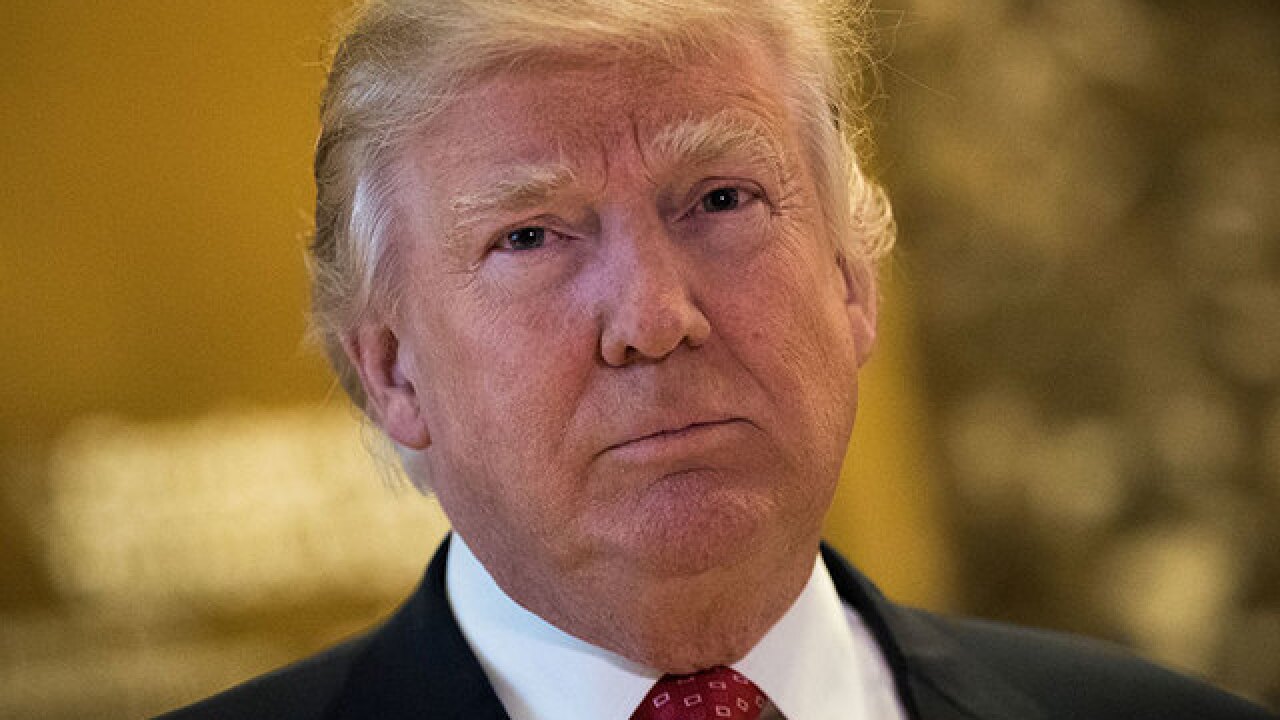 Image copyright 2017 Getty Images. All rights reserved. This material may not be published, broadcast, rewritten, or redistributed.
<p>President Donald Trump addresses a joint session of Congress for the first time at 9 p.m. ET Tuesday. (Photo by Drew Angerer/Getty Images)</p>

WASHINGTON, D.C. — President Donald Trump made his State of the Union address on Tuesday night and multiple Maryland leaders reacted to the address.

“This evening, President Trump had the opportunity to put forward an agenda to unite our country behind a common sense of purpose. Instead, he drove deeper divisions and continued to advance policies that, when stripped of nice-sounding rhetoric, serve the interests of super-wealthy elites at the expense of hard-working Americans. Tonight he proposed to give tax breaks for private school instead of investing more in public schools for all Americans. At the very moment he is talking about the need for affordable health care, his Administration’s lawyers are busy in court seeking to dismantle vital protections for people with pre-existing health conditions.”

“He spoke in the chamber of the House of Representatives, but failed to recognize the hundreds of important bills they have passed to address the very real challenges faced by the American people, including measures to increase the federal minimum wage to $15 per hour, to reduce the costs of prescription drugs, and to ensure equal pay for equal work. The House has also passed legislation to reduce the terrible toll of gun violence by establishing universal background checks to keep guns out of the hands of dangerous people. My guest tonight was Andrea Chamblee, the widow of Capital Gazette reporter John McNamara, whose life was taken in a shooting that also killed four of his coworkers on June 28, 2018. I am grateful for Andrea’s attendance this evening, and I stand with her in demanding action to end the epidemic of gun violence.”

“All of these important measures – and many more – have passed the House of Representatives, but they are now sitting in the United States Senate. They are being held up by Senator McConnell and Republican senators. President Trump could have called upon the Senate to act on these bills, but he didn’t say a thing. I was deeply disappointed by this missed opportunity, but I will continue working to represent and uphold the best interests of Marylanders and the American people.”

“I’m glad the President focused on issues important to the American people as well as his accomplishments so far in his first term in office. Congress should now act with the President on issues such as the high cost of prescription drugs, the high cost of healthcare, border security, and keeping our very strong economy going. I hope the House Majority and the Senate Minority are willing to work across the aisle in a spirit of unity with the President and the rest of Congress on these important issues.”

“This morning I was in Hagerstown, Maryland, where over 160 people came together for a seniors workshop to talk about how we can work to solve problems everyday Americans are facing. We talked about the importance of lowering the cost of healthcare and prescription drug prices, and heard many stories about a community devastated by the opioid epidemic.

“Tonight, President Trump made many claims. But actions speak louder than words. After a little more than a year in office, the House has passed more than 400 bills, 275 of which are bipartisan, that are currently sitting on Senator Mitch McConnell’s desk. One example is H.R. 3, which would lower the costs of prescription drug prices, an issue top-of-mind for folks today in Hagerstown and across the country. The President and Senator McConnell refuse to act.

“I came to Congress to be a voice for the people and to make real change for Marylanders. We need to focus on ending the opioid epidemic, reforming our criminal justice system, and investing in our children and their future. I hope we can make serious strides this year and that the President will be a serious partner in this effort to make real change for the American people.”

“Time and again, I have tried to give this president the benefit of the doubt, but he continues to live in a world painted by his own hyperbole and the misguided understanding that if he repeats something enough times that it must be true – even if it is not. There was much rhetoric in the president’s speech that could form the basis for bipartisan common ground. If only he was serious about protecting public health, education and the environment, all of which pay dividends for our economy through productivity and jobs.

“Tonight, the president highlighted a number of incredible Americans who represent some of the best of American values and accomplishment, as well as our brave military men and women. He talked up the economy and our national security, including many policies imposed on him by Congress. Unfortunately, most of the policies President Trump has embraced and tweeted about for the last three years have run counter to his teleprompter rhetoric. He spoke of protecting coverage for people with pre-existing conditions yet he has been leading the fight to tear away health coverage for tens of millions Americans. He spoke about planting new trees to help the environment, but has consistently put polluters above public health while denying the science behind climate change and trying to cut funds for important environmental programs like the Chesapeake Bay. He spoke of advances in criminal justice reform and equality under the law, yet eliminated funding for Department of Justice community policing programs, closed halfway houses and renewed private prison contracts.

“It is in my DNA to respect the Office of the President. Tonight, the president tested the limits of such a perspective as he turned the State of the Union into a campaign rally, complete with cheers for his harmful immigration policies, attacks on political rivals, repeated shout-outs to conservative pet issues and made-for-TV reveals.”