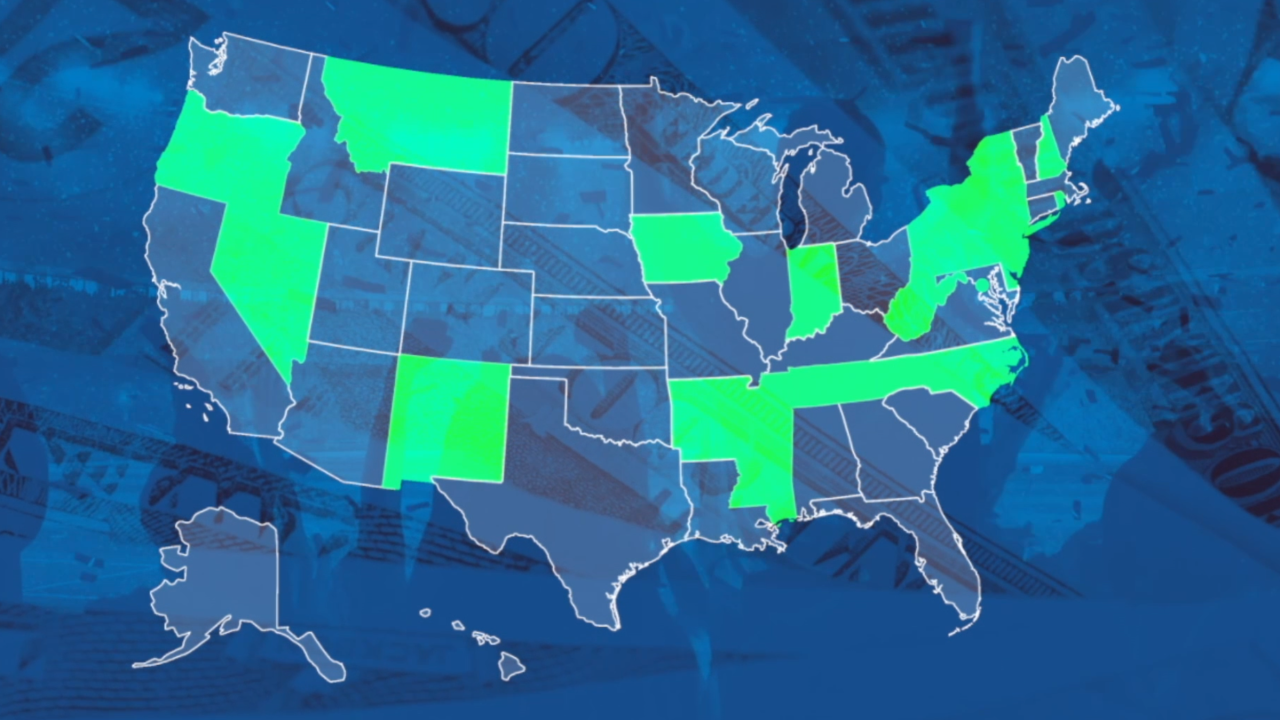 As we head into college football and NFL season, fans across the country will now be able to do something for the first time: legally bet on games.

Indiana is the latest state making it a reality on Sunday, and there are more places following suit.

Lou’s City Bar in Washington, D.C. is getting ready for a busy weekend as football season gets underway. Manager Mark Helliwell is working on a new way to bring in more customers: legal sports betting.

“We’re trying to do everything we can to create interest,” he says. “If we can turn this place into a little Caesar’s Palace on Saturday and Sundays so people don’t have go to Vegas.”

He applied for a license that will allow customers to bet on games inside his bar and just posted the permit.

“Put it up last night and has to stay up for 30 days before our hearing,” he explains. “Our hearing’s in October.”

Legalized sports betting is quickly moving across the country. In addition to D.C., several other states either already have sports betting or it will become legal when new laws take effect over the next several months.

“Right now, there are only eight states that haven’t either legalized sports gambling or don’t have a bill to legalize sports gambling,” says attorney George Calhoun.

Calhoun is one of the attorneys who helped convince the US Supreme Court last year to allow states other than Nevada to legalize sports betting, which he says will help protect gamblers.

According to the American Gaming Association, in the states that now allow sports betting, gamblers have wagered more than $10 billion since it became legal.