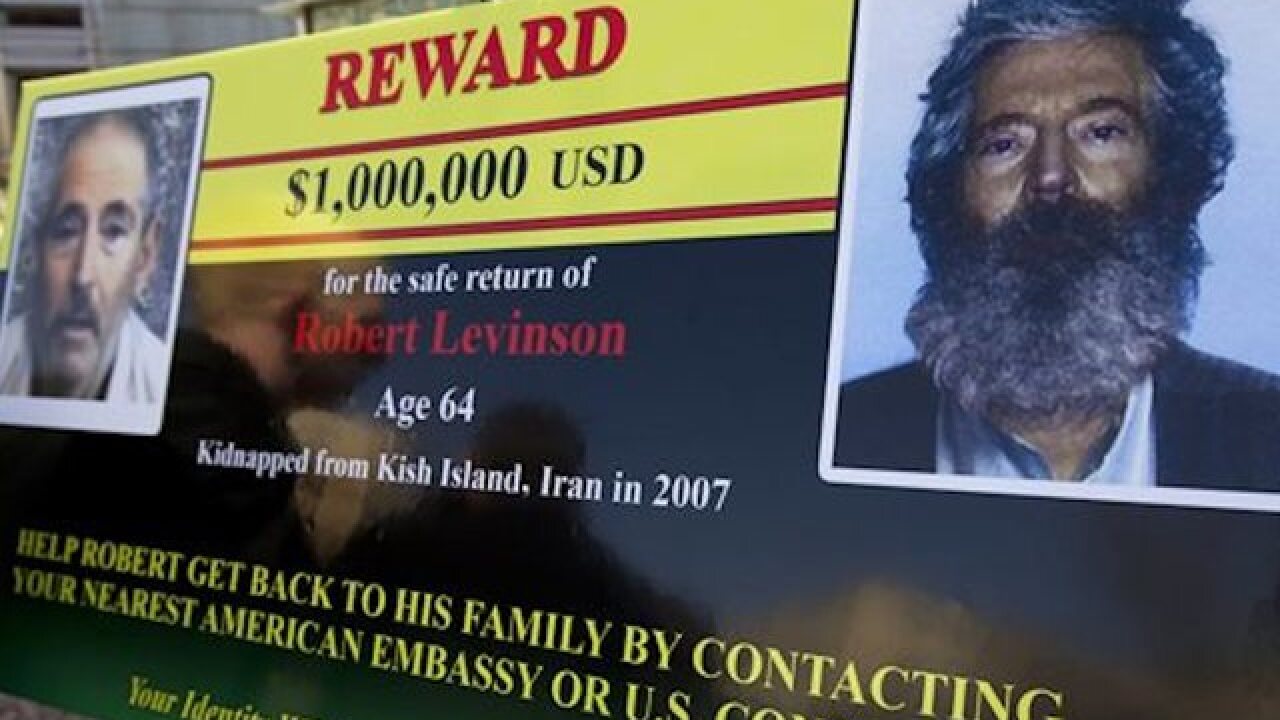 Copyright Associated Press
Manuel Balce Ceneta
<p>In this March 6, 2012 file photo, an FBI poster showing a composite image of former FBI agent Robert Levinson, right, of how he would look like now, left, taken from the video, released by his captors in Washington during a news conference. The family of Levinson is holding a rally Saturday, March 5, 2016 demanding that the U.S. government keep pushing for his freedom. (AP Photo/Manuel Balce Ceneta)</p>

Family of retired FBI agent Robert Levinson says US officials have concluded he has died in custody of Iran.

A 2013 Associated Press investigation revealed that the married father of seven was working for the CIA on an unauthorized intelligence-gathering mission to glean information about Iran's nuclear program.

The 2013 AP investigation showed that in a breach of the most basic CIA rules, a team of analysts — with no authority to run spy operations — paid Levinson to gather intelligence from hotspots around the world, including the Middle East and Latin America.

The official story when Levinson disappeared was that he was in Iran on private business, either to investigate cigarette smuggling or to work on a book about Russian organized crime. It has a presence on Kish, a tourist island.

In fact, he was meeting a source, an American fugitive, Dawud Salahuddin. He is wanted for killing a former Iranian diplomat in Maryland in 1980. In interviews, Salahuddin has admitted killing the diplomat.

The CIA paid Levinson's family $2.5 million to pre-empt a revealing lawsuit, and the agency rewrote its rules restricting how analysts can work with outsiders. Three analysts who had been working with Levinson lost their jobs.