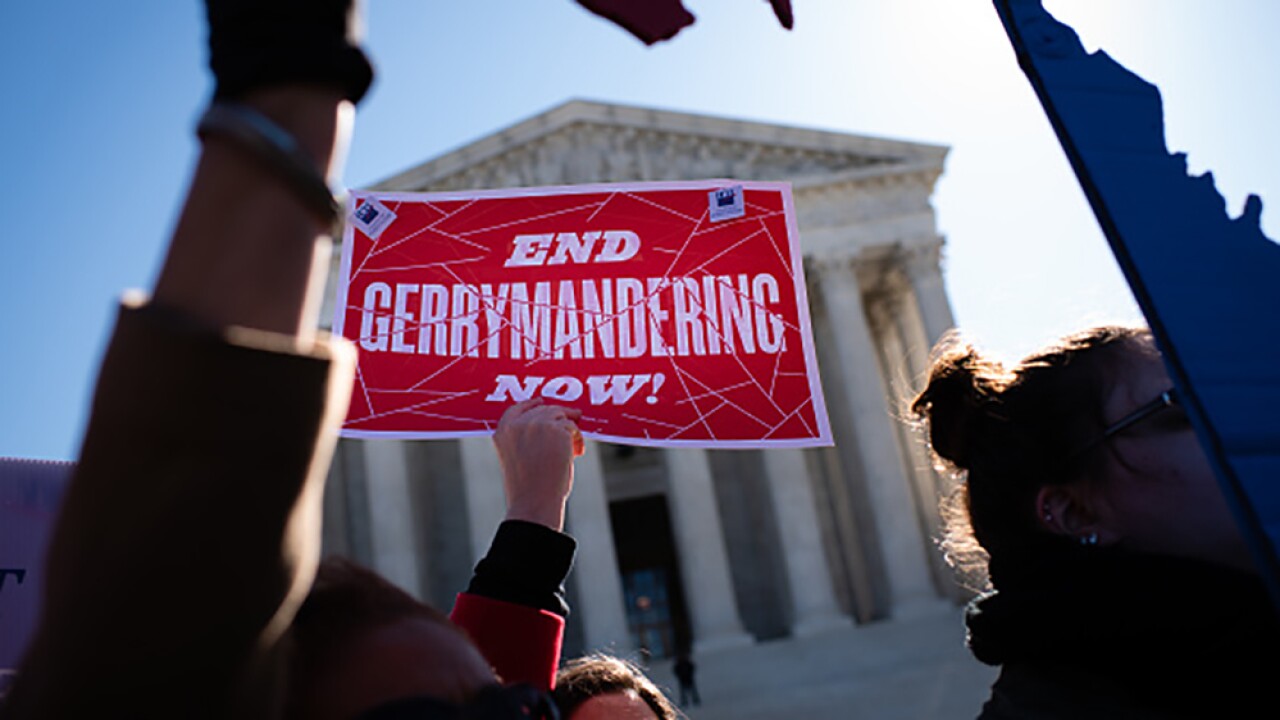 Thursday the Supreme Court ruled that federal courts should not be in the business of settling disputes over partisan gerrymandering.

The case has particularly relevance to Maryland, as several of the state's legislative districts, particularly its Congressional districts, particularly Maryland’s Sixth Congressional District, have drawn the ire of many critics as being some of the most egregious examples of gerrymandering. In Maryland, this advantage favors Democrats, who hold seven of the state’s eight seats in Congress. Maryland is a reliably Democratically-voting state, with two Democratic U.S. Senators, a veto-proof majority of Democrats in the State Assembly, and a history of voting for the Democratic presidential candidate in national elections. But the state also has a Republican governor, and several Republican leaders at the local level.

Of particularly contention in Maryland is the Sixth District, a seat that was held by Republican Roscoe Bartlett from 1993 to 2013. The mostly rural district representing the entirety of Western Maryland, was redrawn prior to the 2012 election, navigating its way through more traditionally Democratic areas of the state near Washington D.C. Critics say that tipped the subsequent election in favor of Democrats, who recaptured the seat in 2012 and continue to hold it currently.

“Today’s ruling was terribly disappointing to all who believe in fair elections,” Governor Larry Hogan, a Republican, said in a statement. The Sixth District and gerrymandering have been prerogatives of his administration in his second term in office. “I pledge to vigorously continue this fight, both in Maryland and across our nation. Gerrymandering is wrong, and both parties are guilty. It stifles real political debate, contributes to our bitter partisan polarization, and deprives citizens of meaningful choices. The voters should pick their representatives, not the other way around. The Supreme Court agrees that this is a matter for states and legislatures to address.” Hogan’s statement continued. “Next year, I will again introduce redistricting reform legislation in Maryland to put the drawing of districts in

“From the beginning of this process, we have said that while our map is Constitutional, this is still an issue that requires a national solution,” said Maryland Senate President Thomas V. Mike Miller, a Democrat, calling for Congress and President Donald Trump to work on legislation to correct the issue. “With this lawsuit over, I hope we can put the issue of the 2011 Redistricting to rest and focus on the many pressing issues facing all Marylanders.”

While the advantage helps keep Maryland “blue,” in many other states, egregious district lines were perpetrated by Republican controlled state legislators and governors, helping tip their states disproportionately Republican and skewing the national map in favor of the GOP.

“We need a national standard to end partisan gerrymandering,” said current Maryland Sixth Congressional District Representative David Trone, a Democrat. He called on Senate to take a role in addressing the problem after the House of Representatives passed a bill, called the For the People Act, that “would end the corrosive practice of politicians picking their voters instead of voters picking their politicians. Senator Mitch McConnell should bring this legislation to vote immediately.

“As a country we must strive towards a national solution to end gerrymandering and other practices that put the interest of politicians over the will of the people,” Trone said.

Several states with Democratic legislatures passed state laws saying they would end gerrymandering and redraw maps in their states contingent upon a sufficient number of led by Republican legislatures agrees to do the same simultaneously – a mutual political disarmament. That effort has led to no actual redistricting in any of the participating states.

“Americans deserve to know that when they cast their ballot, their vote truly matters in choosing who represents them,” said Congressman Elijah E. Cummings, who represents Maryland’s Seventh District and is a Democrat. “The ballot is our voice, and we must not let it be muted by partisan gerrymandering. Today's Supreme Court decision reinforces the urgent need for comprehensive redistricting reform to ensure that every American's vote matters. In March, the House passed H.R. 1, the For the People Act, which included urgently needed democracy reform provisions—including redistricting reform. The Senate must take up this legislation so that we can ensure the American people will be heard.”