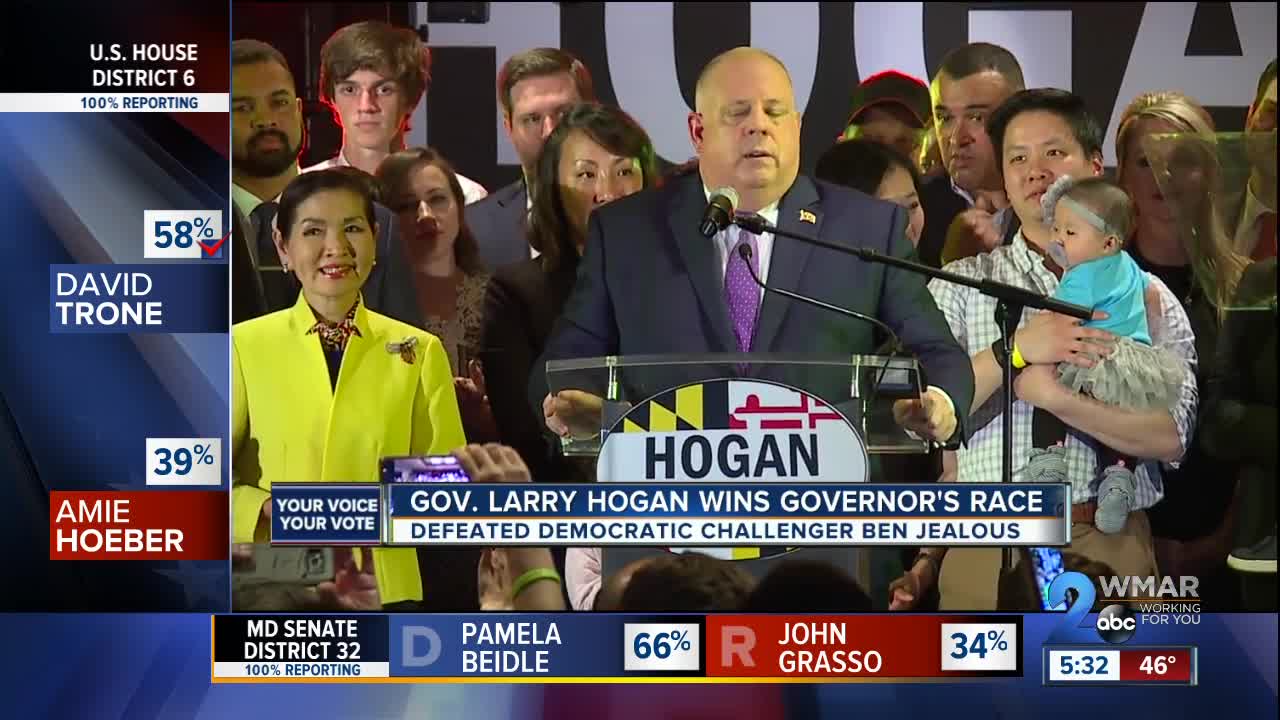 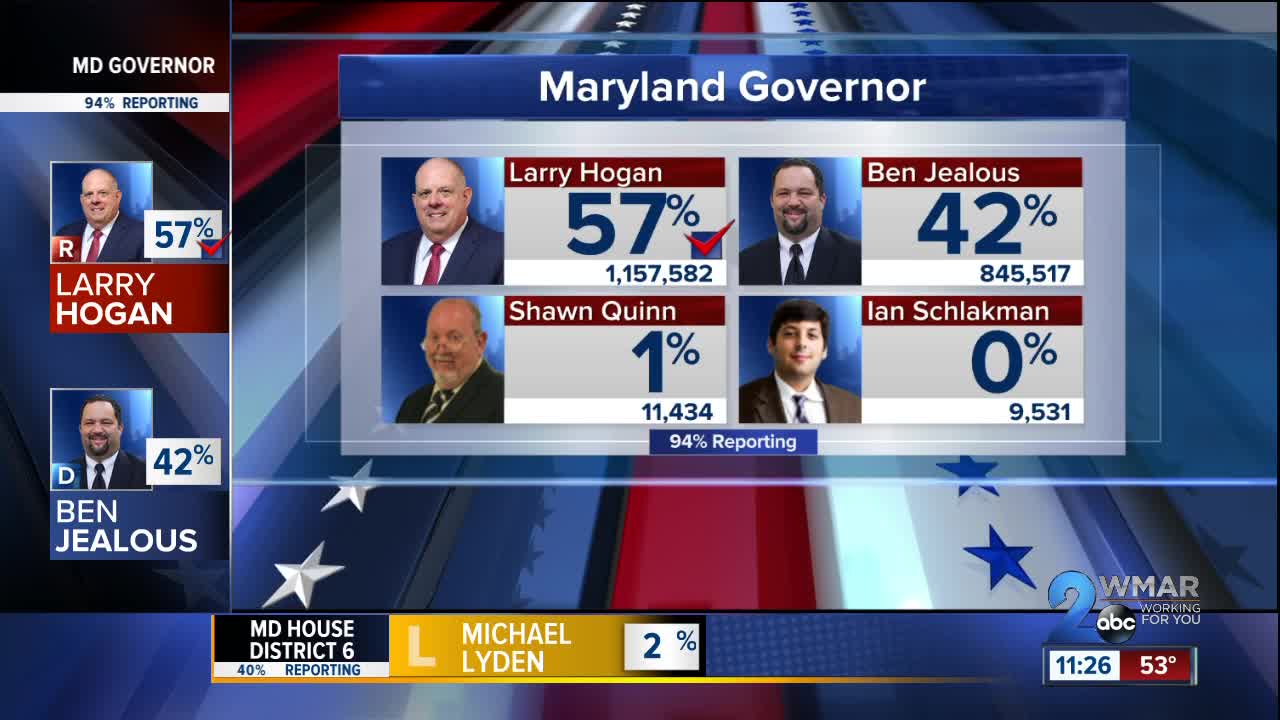 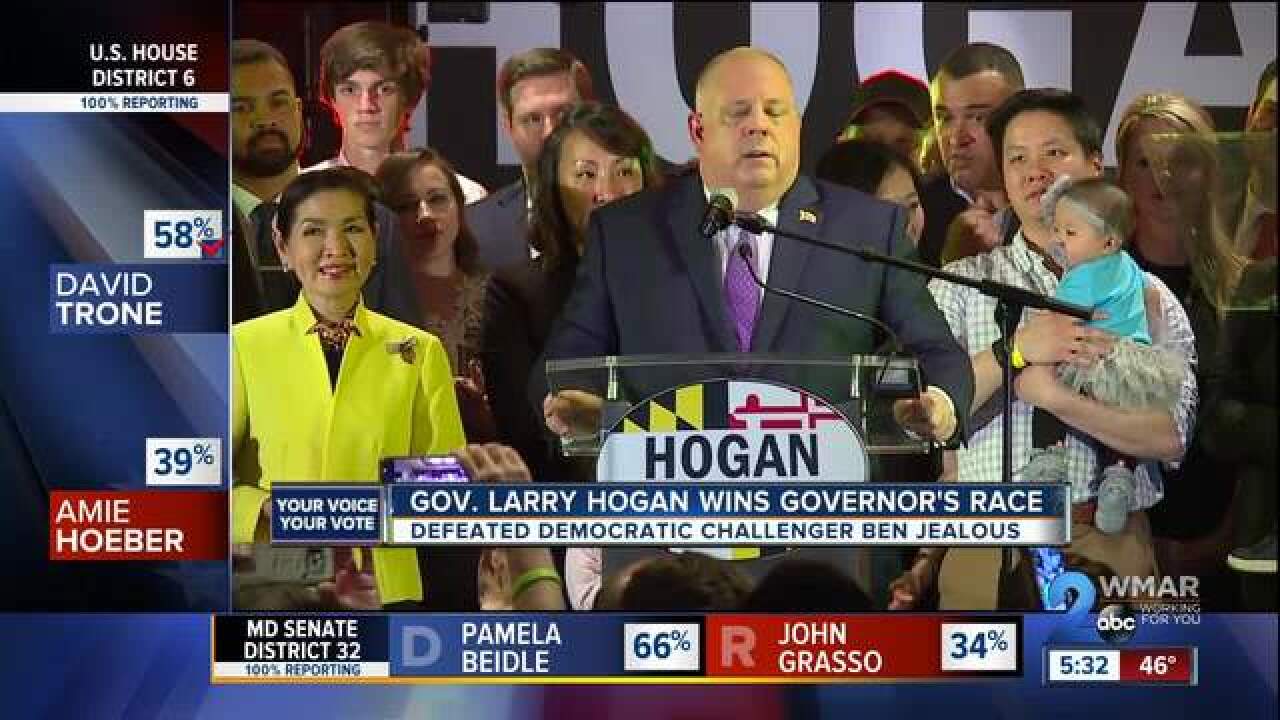 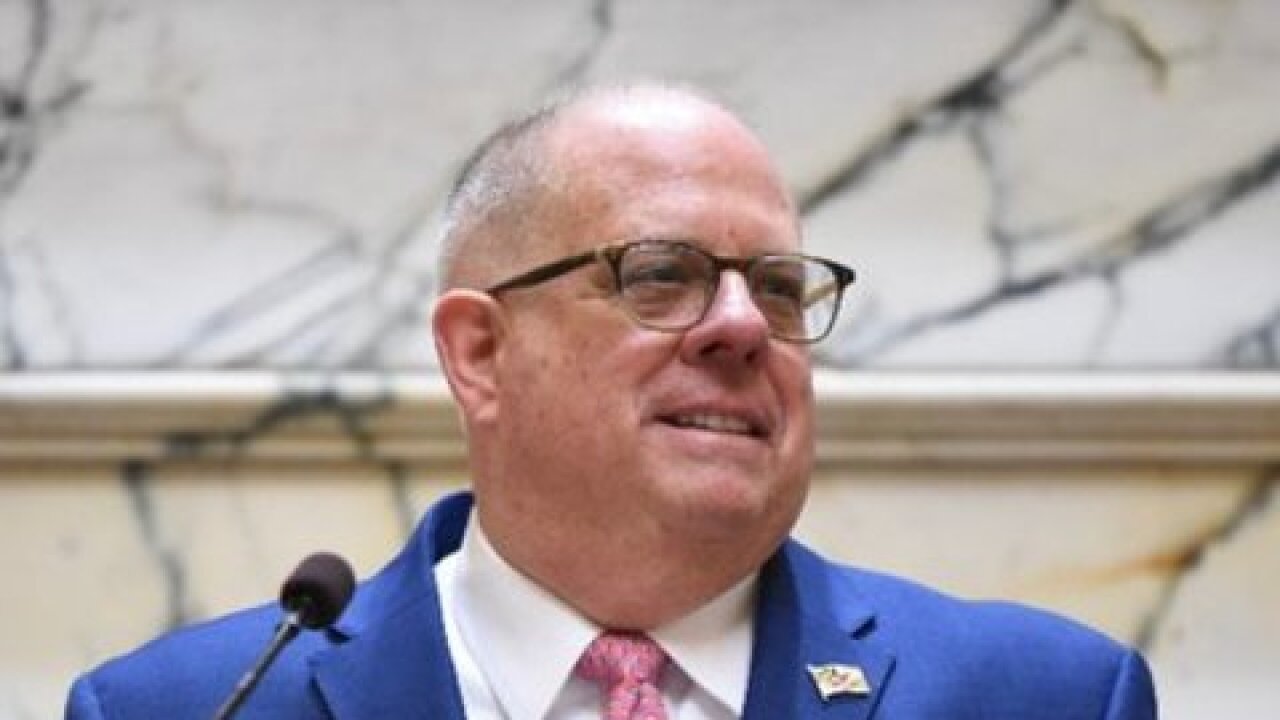 The Associated Press called the race in a tweet at 9:08 p.m.

Hogan becomes the first Republican to win successive terms since Theodore Roosevelt McKeldin captured the governor's seat in 1950 and again in 1954. Prior to being Governor, McKeldin was Mayor of Baltimore.

When Hogan first ascended to the state's top political seat in 2014, he was an upstart challenger with no previous political experience, campaigning on his business acumen and affability. He became the first Republican Governor for Maryland since Robert Ehrlich Jr. won the seat in 2002, but unlike Hogan, Ehlrich could not hold the seat in his re-election bid, falling to Democrat Martin O'Malley, who served back-to-back terms prior to Hogan.

Hogan was a heavy favorite coming into the Tuesday's election, a rare Republican able to win over many voters in a deeply blue state. He campaigned on his penchant for bipartisanship and the fulfillment of promises he made during his previous campaign.

Hogan enjoys one of the highest approval ratings of any governor in the country, and his star is certainly on the rise in the Republican Party.