Clinton urges voters 'to stand up to bullies' 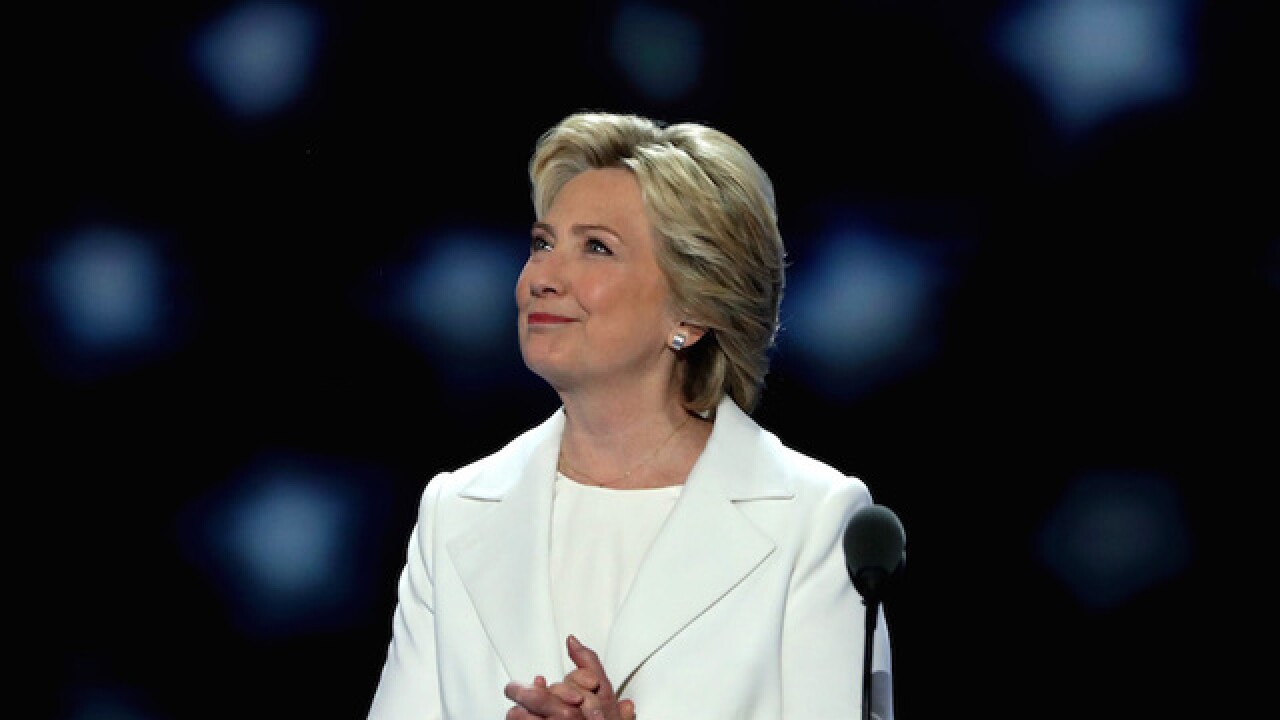 Hillary Clinton says her presidential nomination is a milestone on America's "march toward a more perfect union."

Clinton is the first woman nominee of a major party. She tells the Democratic convention that the achievement is special "for grandmothers and little girls and everyone in between."

But she says the nation must keep going until all 161 million women and girls in the country have the opportunities they deserve.

Clinton says: "When there are no ceilings, the sky's the limit."

She says she's happy for boys and men, too, because when a barrier fall, it clears the way for all.