A look at latest ruling on Trump administration travel ban 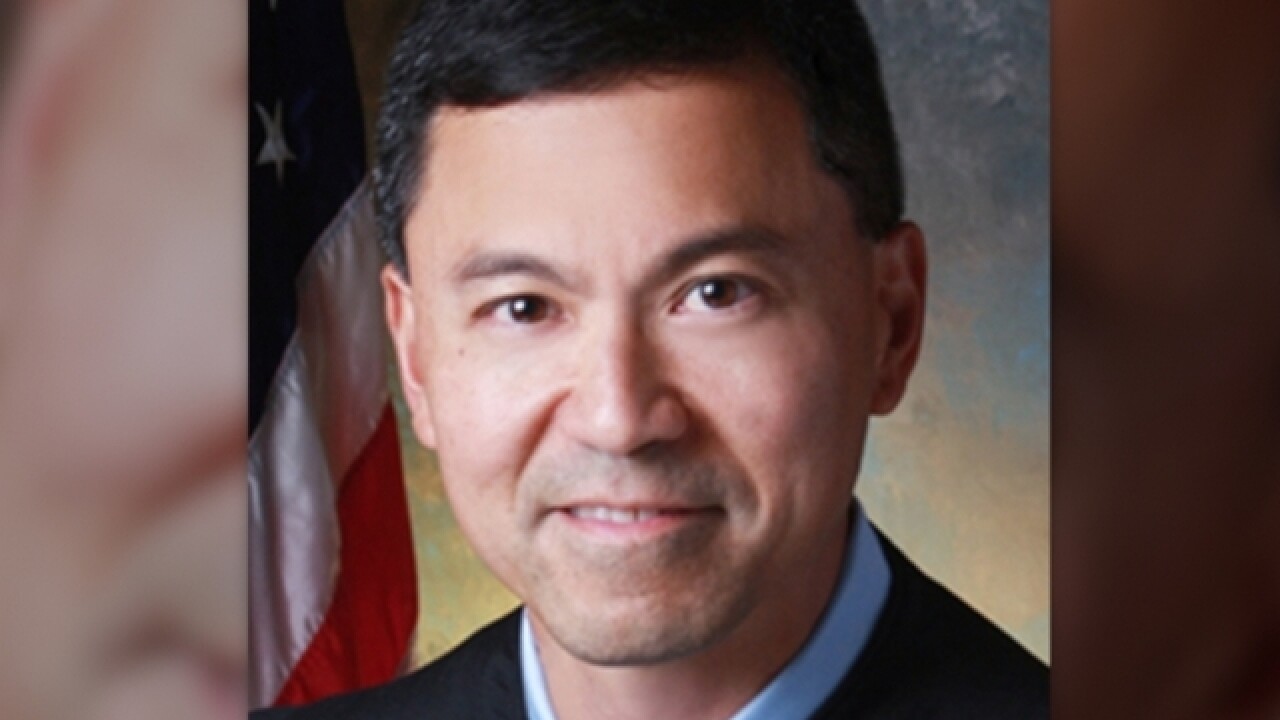 A federal judge in Hawaii who temporarily blocked President Donald Trump's revised travel ban hours before it was set to take effect issued a longer-lasting order Wednesday.
U.S. District Judge Derrick Watson held a hearing Wednesday on Hawaii's request to extend his temporary hold. Several hours later, he issued a 24-page order blocking the government from suspending new visas for travelers from six Muslim-majority countries and halting the U.S. refugee program.
Hawaii Attorney General Douglas Chin argued that even though the revised ban has more neutral language, the implied intent is still there. He likened it to a neon sign flashing "Muslim Ban," which the government hasn't bothered to turn off.
Chad Readler, a Department of Justice attorney defending Trump's executive order, told the judge via telephone that Hawaii hasn't shown how it is harmed by various provisions, including one that would suspend the nation's refugee program.
Watson disagreed.
Here's a look at Watson's ruling and what comes next:
------
THE PREVIOUS RULING
This month, Watson prevented the federal government from suspending new visas for people from six countries and freezing the nation's refugee program. The ruling came just hours before the ban was to take effect.
Watson, nominated to the bench by former President Barack Obama in 2012, agreed with Hawaii that the ban would hurt the state's tourism-dependent economy and that it discriminates based on nationality and religion.
Trump called the ruling an example of "unprecedented judicial overreach."
The next day, a judge in Maryland also blocked the six-nation travel ban but said it wasn't clear that the suspension of the refugee program was similarly motivated by religious bias.
The federal government appealed the Maryland ruling to the 4th U.S. Circuit Court of Appeals and sought to narrow the Hawaii ruling.
------
THE LATEST RULING
Like his temporary order, Watson notes that Hawaii has shown the state's universities and tourism industry will suffer from the ban. A plaintiff in Hawaii's lawsuit, the imam of a Honolulu mosque, will be harmed if the ban is enforced, Watson said: "These injuries have already occurred and will continue to occur if the Executive Order is implemented and enforced; the injuries are neither contingent nor speculative."
Government attorneys have tried to convince the judge not to consider comments Trump has made about the travel ban. "The court will not crawl into a corner, pull the shutters closed, and pretend it has not seen what it has," Watson wrote.
Watson also refused to narrow his ruling to only apply to the six-nation ban, as the government requested.
The ruling won't be suspended if the government appeals, Watson said.
"Enforcement of these provisions in all places, including the United States, at all United States borders and ports of entry, and in the issuance of visas is prohibited, pending further orders from this court," he wrote.
------
WHAT'S NEXT FOR HAWAII'S LAWSUIT?
Watson's ruling allows Hawaii's lawsuit challenging the ban to work its way through the courts.
"While we understand that the President may appeal, we believe the court's well-reasoned decision will be affirmed," the Hawaii attorney general's office said in a statement.
Ismail Elshikh, the imam of a Honolulu mosque who joined the lawsuit as a plaintiff, argues that he's harmed by Trump's order because it prevents his Syrian mother-in-law from visiting family in the U.S. It's not clear how Watson's ruling will affect the mother-in-law's ability to obtain a visa.
The Department of Justice didn't immediately comment after Watson issued his decision.
------
DEFENDING TRUMP'S EXECUTIVE ORDER
The Department of Justice opposed Hawaii's request to extend Watson's temporary order. But the department said that if the judge agrees, he should narrow the ruling to cover only the part of Trump's executive order that suspends new visas for people from Somalia, Iran, Syria, Sudan, Libya and Yemen.
Other provisions of the order have little or no effect on Hawaii, including a suspension of the nation's refugee program, Department of Justice attorney Chad Readler said Wednesday.
In an attempt to downplay the effect suspending the nation's refugee program would have on Hawaii, Readler said only a small amount of refugees have been resettled in Hawaii. But Watson questioned that reasoning by noting that the government said there have been 20 refugees resettled in Hawaii since 2010.
Other parts of Trump's order allow the government to assess security risks, which don't concern the plaintiffs in Hawaii's lawsuit, Readler said.
The revised order removes references to religion, he said.
------
CAN AN APPEALS COURT AFFECT THE HAWAII RULING?
The president is asking the 4th U.S. Circuit Court of Appeals to put the ruling by the judge in Maryland on hold while it considers the case.
The Richmond, Virginia-based appeals court will hear arguments May 8. If the court sides with the federal government, it would not have a direct effect on the Hawaii ruling, legal experts said.
The Trump administration's best bet for saving the travel ban is to have the case go before the U.S. Supreme Court, said Richard Primus, a professor of constitutional law at the University of Michigan law school.
"What a ruling in 4th Circuit in favor of the administration would do is create a split in authority between federal courts in different parts of the country," he said. "Cases with splits in authority are cases the U.S. Supreme Court exists to resolve."
Copyright 2017 The Associated Press. All rights reserved. This material may not be published, broadcast, rewritten or redistributed.