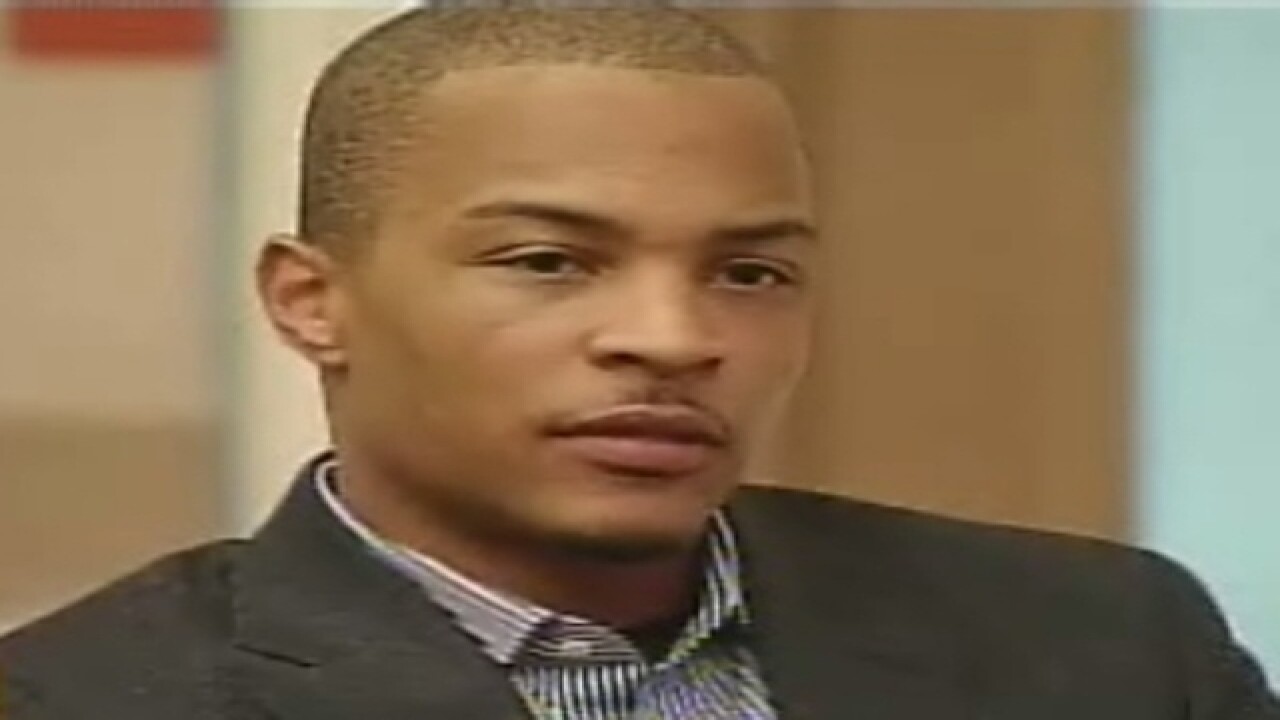 ATLANTA (AP) - Police say the rapper T.I. was arrested early Wednesday on disorderly conduct, public drunkenness and simple assault charges as he tried to enter his gated community outside Atlanta.

Henry County Deputy Police Chief Mike Ireland said T.I. was arrested around 4:30 a.m. after he got into an argument with a security guard. Media reports say the Grammy-winning artist, whose real name is Clifford Harris, lost his key and the guard wouldn't let him into the community.

Ireland said T.I. and a friend were arrested. The rapper has been released on bail.

An email and call to the rapper's representatives were not immediately returned.

The rapper served about seven months in prison in 2009 after his arrest on federal gun charges.

He also spent about 10 months in federal prison on a probation violation in 2010 after he was arrested on drug charges in Los Angeles. The drug arrest violated his probation - he had been ordered not to commit a crime and not to illegally possess any controlled substances - and led to an 11-month prison sentence at an Arkansas prison.

T.I. is one of the biggest names in hip-hop, with multiple platinum-selling albums and singles, production credits and roles in films like "ATL" and "American Gangster."