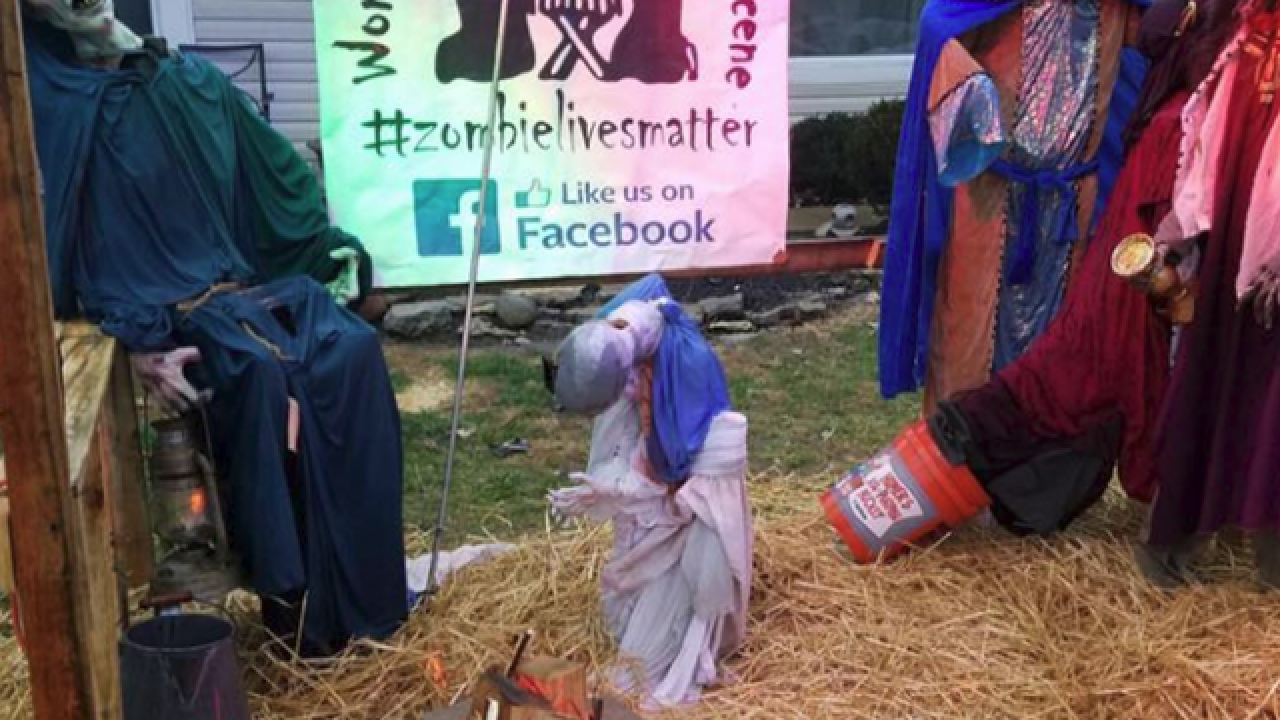 SYCAMORE TOWNSHIP, Ohio -- A vandal reversed a classic horror movie dynamic early Tuesday morning near Cincinnati. Under cover of darkness, a human being dismembered a group of defenseless zombies, leaving their shelter destroyed and one beheaded in Jasen Dixon’s front yard.

But, Dixon said, loss of limb isn’t enough to keep the zombie versions of Jesus, the Virgin Mary and Joseph six feet under.

Dixon’s handmade zombie nativity scene, which depicts biblical figures as flesh-hungry undead, has been a subject of controversy since he first put it up for the holidays in 2014, but Dixon said Tuesday’s attack was the first incident of someone intentionally damaging the structure.

“The main structures of the zombies were destroyed,” he said. “They knocked over three of the characters and flipped baby Jesus out into the yard.”

Mary was also beheaded, according to Dixon’s friend and colleague Dustin Smith, and her clothes were strewn over the yard.

Dixon said he believed the attack happened around 4:30 a.m. Tuesday, when his wife heard a crash in the yard outside. He didn’t see the extent of the damage until Smith called him on his way to work, and the pair spent Tuesday evening reassembling the unholiest of holies.

Despite the debate that has sometimes surrounded his nativity scene, which some have said is offensive to Christians, Dixon said he and Smith will ensure that his “work of art" stays up until the holiday is over.