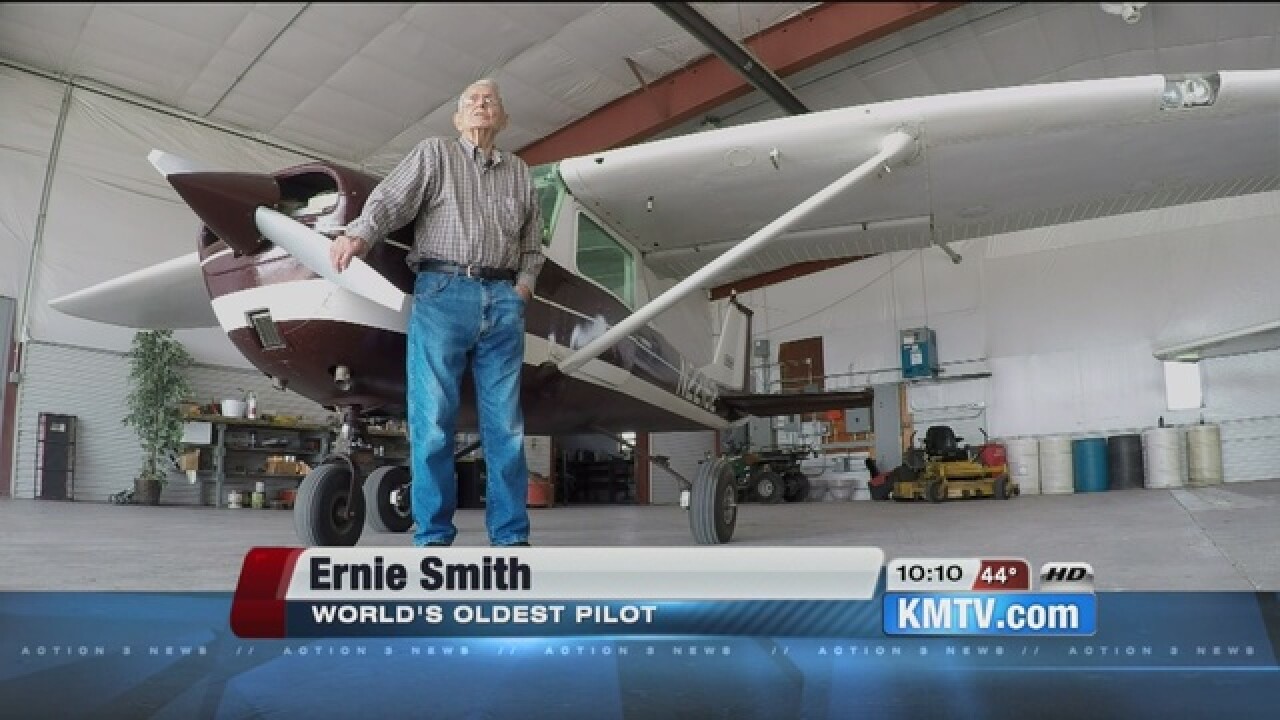 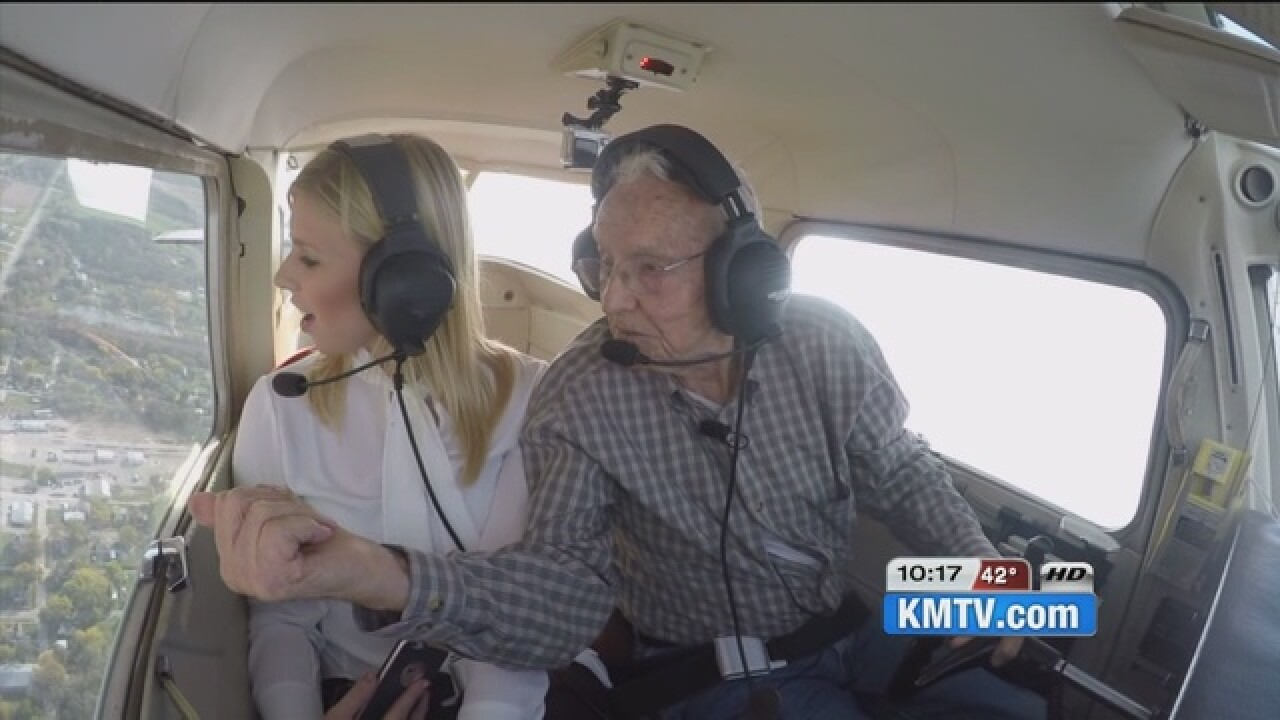 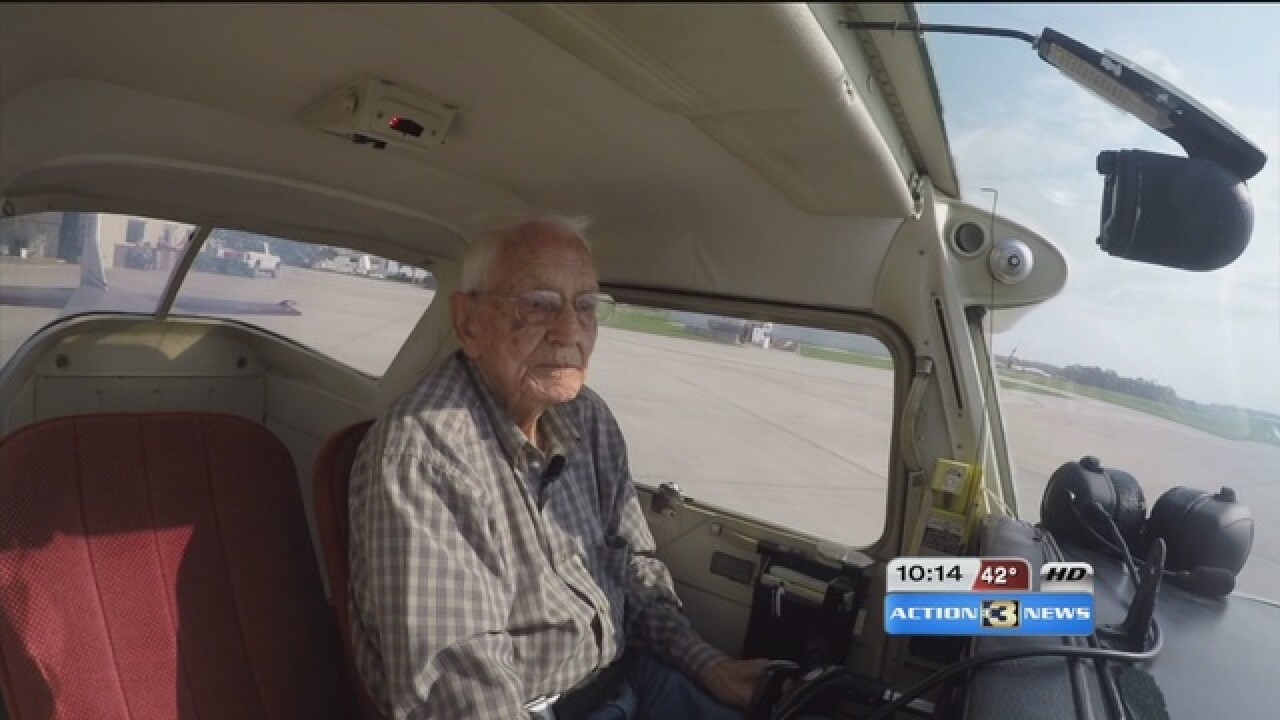 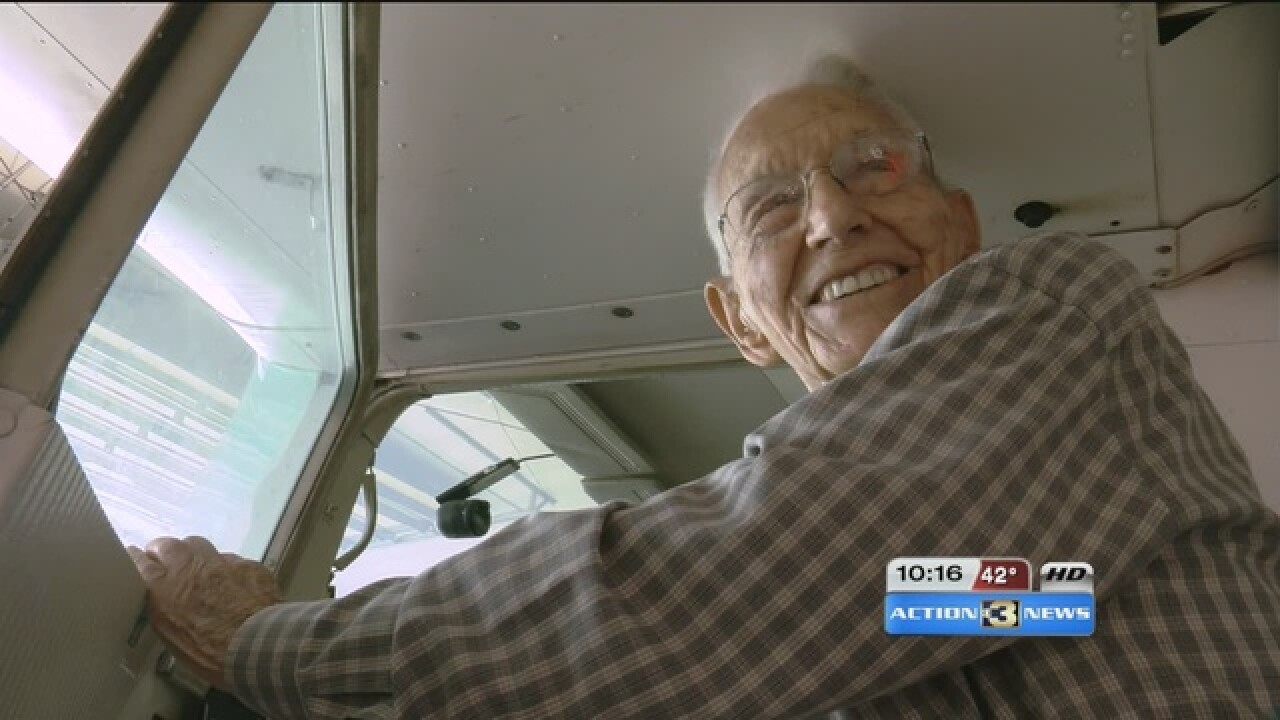 “There is something magic about it,” said Ernie Smith.

“You put the coal to it and get about 40 miles, 50 miles per hour and suddenly she starts flying,” said Smith.

His love affair with planes started when he was a little boy.

“They'd fly over just before dark and I’d sit out on the hill north of the house,” said Smith.

Smith was hooked.  He constantly thought about flying.

“I thought I knew how before I really started really,” said Smith.

Smith got his pilot's license in his 20s.  The original hangs on the wall at the Red Oak Airport. He flew for decades, but in his 80s Smith’s wife urged him to stop flying. He was grounded for some time.

“My wife passed away about five years ago now and one of the boys out here said Ernie, you've got to get something to keep you living,” said Smith.

An old flame was re-ignited.

“This is his first love. I always say this is dad's first love,” said Smith’s youngest daughter, Sally Alger.

In his early 90s, Smith reapplied for his pilot's license.

“Orville and Wilbur Wright are on this license, a lot of people ask me if I knew them, but I didn't know them,” joked Smith.

Every two years, Smith has to see the doctor and pass a medical exam to fly.

“We went to the Guinness Book of World Records and found out Ernie was older than the record holder,” said Red Oak Airport Manager Kevin Kevin McGrew.

He may not have been for it, but he went along with it.  To be considered the world's oldest pilot by the Guinness Book of World Records numerous documents needed to be submitted, including a copy of Smith's birth certificate and pilot's license along with video of him flying.  It became official this fall.

“Pilots will come in and we'll say I’d like you meet Ernie Smith, the world's oldest pilot,” said McGrew.

Smith’s children love that he is so passionate about planes.

“He is always happy and he always wants to discuss airplanes with us,” said Smith’s son, Mike.

“I can actually prove that it's real.  He's the oldest one,” said Abby.

For Smith the record is great, but being able to do what he loves is priceless.  Smith knows his hobby can’t last forever, but for now, he is just enjoying the ride.