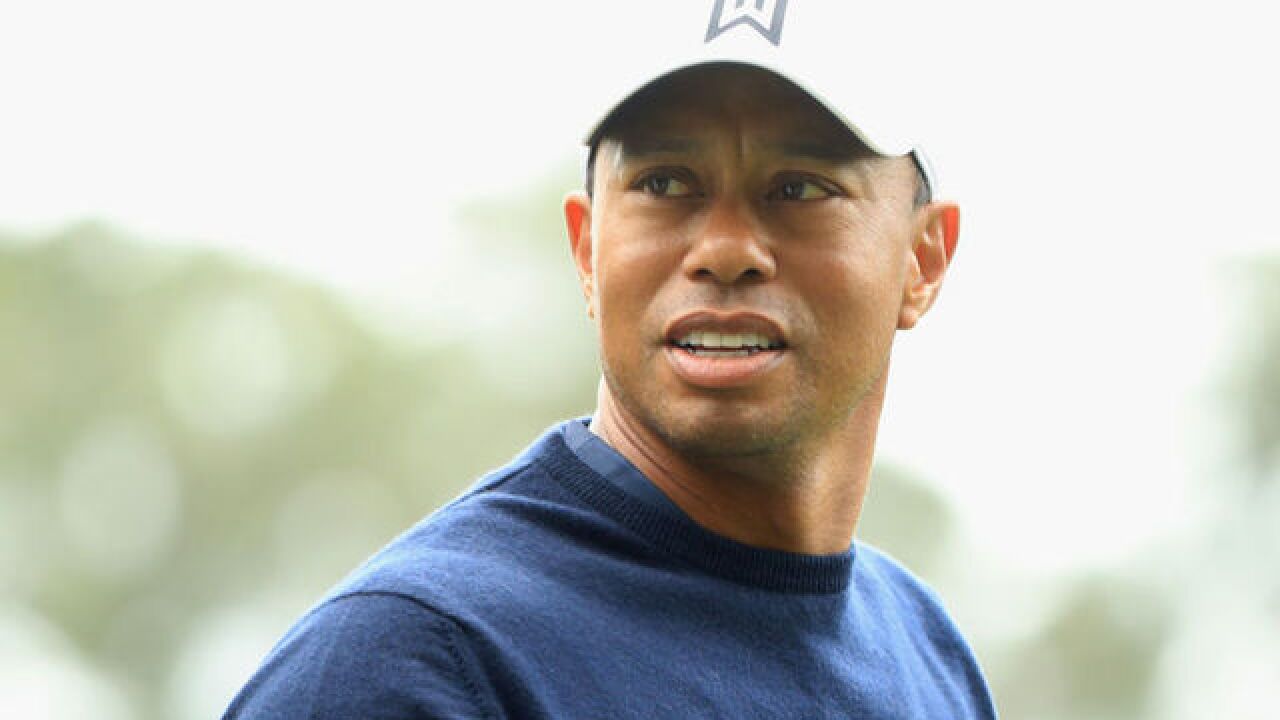 Image copyright 2018 Getty Images. All rights reserved. This material may not be published, broadcast, rewritten, or redistributed.
Andrew Redington
<p>AUGUSTA, GA - APRIL 04: Tiger Woods of the United States waks on the fourth hole during a practice round prior to the start of the 2018 Masters Tournament at Augusta National Golf Club on April 4, 2018 in Augusta, Georgia. (Photo by Andrew Redington/Getty Images)</p>

The last time Tiger Woods won a major tournament, George W. Bush was the President, the iPad had not been invented yet and smartphones were only for wealthy.

When Woods won the 2008 US Open, he not only needed to defeat Rocco Mediate in a sudden death playoff, he needed to rehab his knee due to a stress fracture, which caused him to miss the rest of the season.

In the decade that followed, Woods' game slowly declined. Even though he was the PGA Tour's Player of the Year in 2009 and 2013, golf's four majors still eluded Woods.

After having a successful 2013, Woods' health has declined. His declining health was evident last May when he was arrested near his Florida home for DUI. Woods was unable to balance his prescriptions, which caused him to fall asleep behind the wheel.

Woods said last year that his goal was to be able to walk comfortably again. After several failed attempts at rehabbing his back, he is finally able to play pain free.

Being able to play pain free has allowed Woods to be considered the favorite, according to Vegas, of winning the Masters. Woods has been in contention in both of his last two tournaments. He was just a putt away from forcing a playoff at last month's Valspar Championship.

But it has been 13 years since Woods left Augusta with a Green Jacket, causing many to doubt if Woods would ever win the Masters again, let alone a Major. Among those who doubted Woods was the golfer himself.

That was until last December, his first tournament back after missing a year to rehab his back.

"After a few tournaments in, I felt more comfortable," Woods said. "I started getting used to what I could do, and then I started putting the pieces together that started preparing to play events, started competing and keeping score and posting numbers, and all of a sudden I started getting my feels back, and here we are."

One person who is happy to see Woods back at Augusta is Phil Mickelson, once a bitter foe of Woods. Mickelson and Woods played together in a practice round on Tuesday.

"I texted him a while ago when he was playing at Valspar that it felt like it was a different time continuum because I found myself pulling so hard for him. It was unusual."

Odds makers list Woods as a 10-to-1 favorite to win this weekend. Given that Woods was barely able to walk a year ago due to pain in his back, winning the Masters would complete an incredible comeback to the sport Woods once dominated.

But Woods said there have been bigger comebacks in the sports than the one he is trying to attempt.

"I think that one of the greatest comebacks in all of sport is the gentleman who won here, Mr. Hogan," Woods said. "I mean, he got hit by a bus and came back and won major championships. The pain he had to endure, the things he had to do just to play, the wrapping of the leg, all the hot tubs and just the‑‑ how hard it was for him to walk, walk period, and he ended up walking 36 holes and winning a U.S. Open."

One thing standing in Woods' way is not his health, but the amount of talent that has developed in golf in recent years. Arguably, Woods is a big reason why there are so many golfers competing at a high level.

"A lot of these kids have‑‑ some of their first memories are of when I won my last major championship," Woods said. "That's what's crazy. Like, for instance, we're talking about Thomas Pieters today, he was born only a couple months before Fred won here. So it just puts in perspective for us, and for me especially, hearing some of these guys."