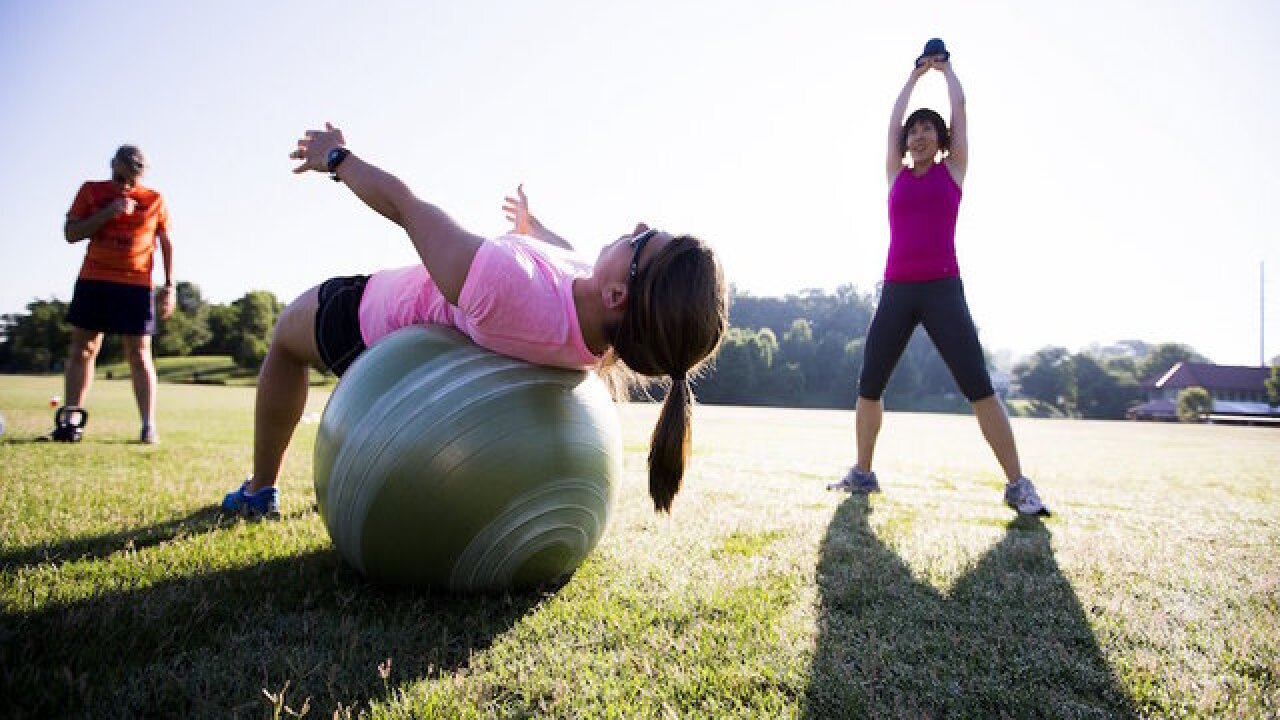 It has become a habit. Each week, the weekdays fly by so quickly that you only find time to exercise on Saturdays and Sundays.

If you're feeling guilty about your "weekend warrior" exercise schedule, stop.

Even though it's not ideal, packing the recommended amount of weekly exercise into just one or two workout sessions may lower your risk of death similar to what regular exercise offers, according to a new study that published in the journal JAMA Internal Medicine on Monday.

Overall, the World Health Organization recommends that adults get at least 75 minutes of vigorous exercise, or 150 minutes of moderate exercise, each week.

"Quality may be more important than quantity," he said.

Weighing your likeliness to die sooner than later

The study included data on the self-reported exercise habits and overall health of 63,591 adults in England and Scotland from 1994 to 2012. The data came from two national surveys, the Health Survey for England and the Scottish Health Survey.

"Reductions in risk were similar in the weekend warriors and the regularly active," O'Donovan said, adding that these benefits of weekend exercise were found to be about the same in men and women.

This isn't the first time that research suggested weekend warriors still could extend their lifespan with their irregular exercise schedules.

The new weekend warrior study was inspired by a 2004 study, published in the American Journal of Epidemiology, O'Donovan said. That study previously found that exercising just once or twice a week -- for the recommended amount -- can postpone mortality.

If you think you are a weekend warrior, think again. Only about 1 percent to 3 percent of American adults cram the recommended week's worth of exercise into one or two days a week, according to a 2007 study published in the journal Medicine and Science in Sports and Exercise.

In general, not too many Americans -- only about one in three adults -- get the recommended amount of exercise each week, according to the President's Council on Fitness, Sports, and Nutrition.

Despite the known health benefits of exercise, about 24 percent of American adults engaged in no physical activity when they had the free time in 2013, according to a commentary that accompanied the new study in JAMA Internal Medicine on Monday.

The new study answers an important question about how a weekend warrior lifestyle compares to exercising on multiple days, said Brian Parr, associate professor of exercise and sports science at the University of South Carolina-Aiken, who was not involved in the study.

"This is good news for people who aren't active on a daily basis. That said, this study only examined mortality, meaning the number of people who died during the follow-up period," Parr said.

"It doesn't tell us much about how these activity patterns impact health the way most of us would consider it, from controlling blood pressure, diabetes, and blood lipids, to depression and weight control," he said. "It also doesn't say anything about fitness, including strength, endurance, and flexibility, which is an important reason many people are active."

Additionally, the risk for injury wasn't assessed in the new study.

"While this is fine for most people, participating in vigorous, prolonged exercise can lead to a greater risk of injury, or soreness later, especially in people who aren't in good shape to begin with," Parr said.

The American Osteopathic Association even recommends on its website that people not be weekend warrior in order to prevent sports injuries.

So, what exercise schedule is the best for you? There is no right way to schedule exercise, as everyone is different -- just stay active and make exercise a habit, Parr said.

"The best advice is to keep in mind that any amount of activity is better than none and it's important to select exercise that is consistent with your goals," he said. "And, if you can't make time to exercise during the week, you can get at least some of the benefits by being a weekend warrior."