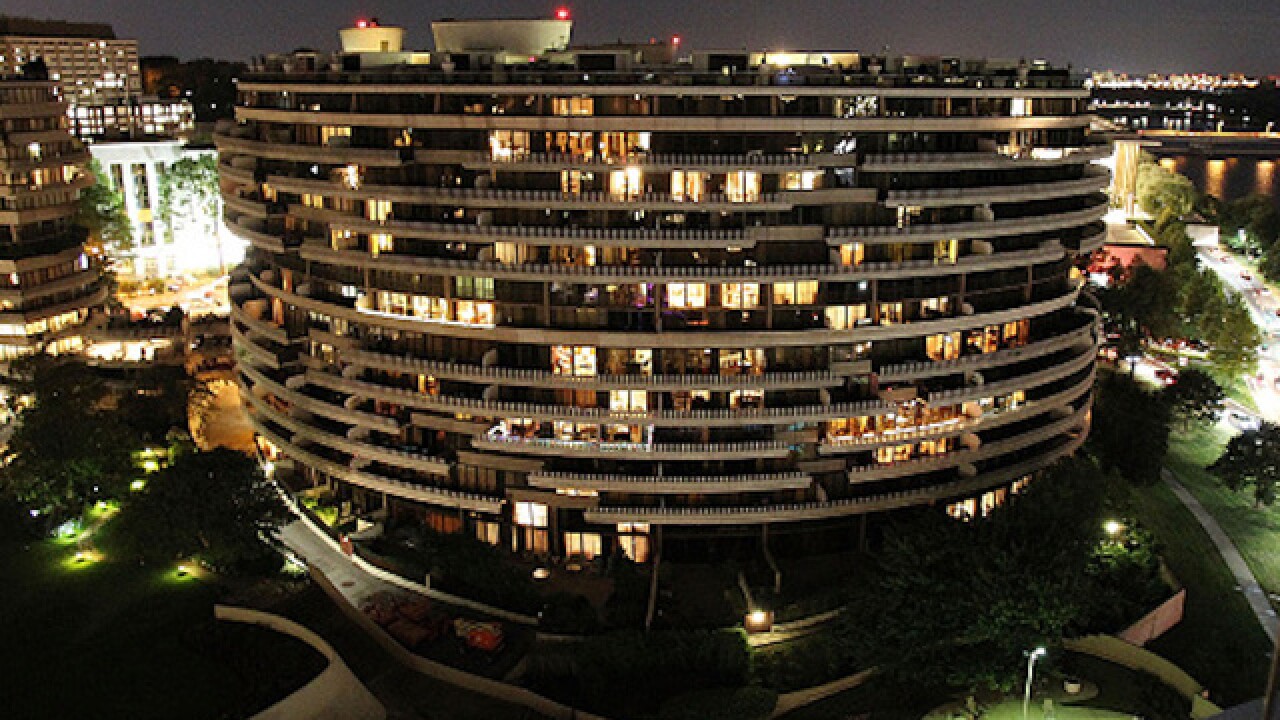 Copyright 2017 Scripps Media, Inc. All rights reserved. This material may not be published, broadcast, rewritten, or redistributed.
Paul Morigi
<p>WASHINGTON, DC - JUNE 14: A rooftop view of The Watergate complex during the grand reopening party of the iconic Watergate Hotel on June 14, 2016 in Washington, DC. (Photo by Paul Morigi/Getty Images for The Watergate Hotel)</p>

The Watergate complex, the site of the 1972 robbery that kicked off a historical presidential cover-up, caught on fire Wednesday afternoon.

Video on social media shows at least apartment complex in the building engulfed in flames. The fire was quickly extinguished, according to reports on social media.

DC Fire and EMS tweeted that the fire is out. Firefighters are currently removing smoke from several floors.

According to WJLA, the fire took place on the 13th floor of the complex. No injuries were reported.

The Watergate complex was the site of the Democratic National headquarters in 1972. A robbery attempt by Republican officials and a subsequent cover-up led to the resignation of President Richard Nixon in 1974. Since then, the term "Watergate" has become synonymous with scandal.

This is a breaking story. More on this as it develops.